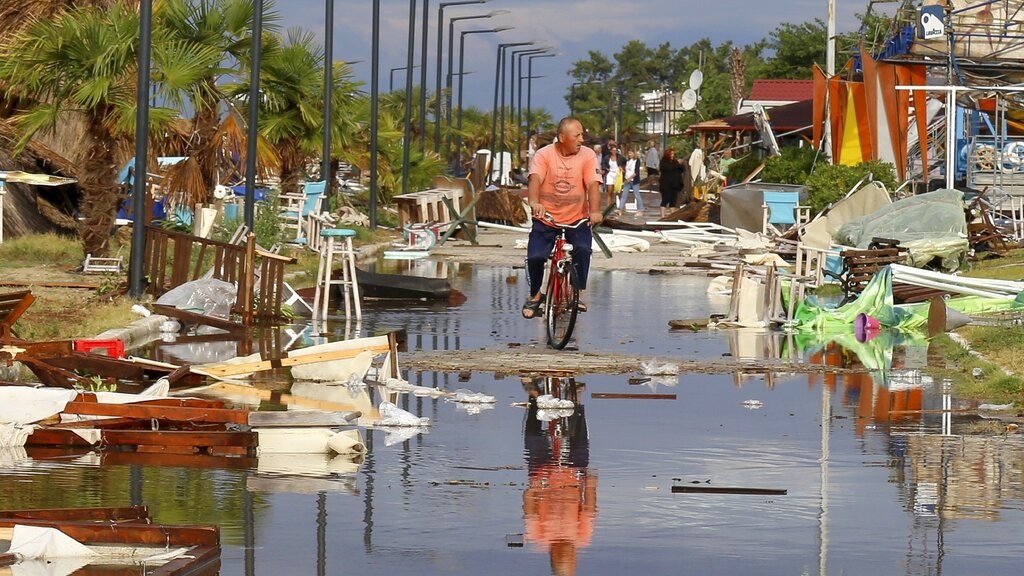 A search and rescue operation was underway in northern Greece Thursday for a fisherman missing after a powerful storm left six people dead, including two children, and injured about 140.

The violent storm in the northern Halkidiki peninsula on Wednesday night ripped up trees and power pylons, tossed vehicles and left swathes of debris across the coast.

The 62-year-old fisherman took his fishing boat out in the afternoon and had been missing since the storm hit. The coast guard said an air force helicopter located a body in the sea 6.8 nautical miles southeast of the area, but it was not immediately clear whether it belonged to the missing fisherman.

A state of emergency was declared in the region, a three-finger peninsula near the northern city of Thessaloniki that is popular with tourists in the summer.

Two of those who died were killed when high winds overturned their recreational vehicle, while an 8-year-old boy and his mother were killed when an outdoor restaurant's lean-to roof collapsed. Another two were killed by falling trees.

Crews worked to restore power that was knocked out to 80% of the stricken area, while the fire department said it had received more than 600 requests for assistance, including for rescues, to cut fallen trees and pump water from flooded basements.

North Macedonia's National Crisis Management Center said the area most affected was the southern region of Prespa, near the Greek border.