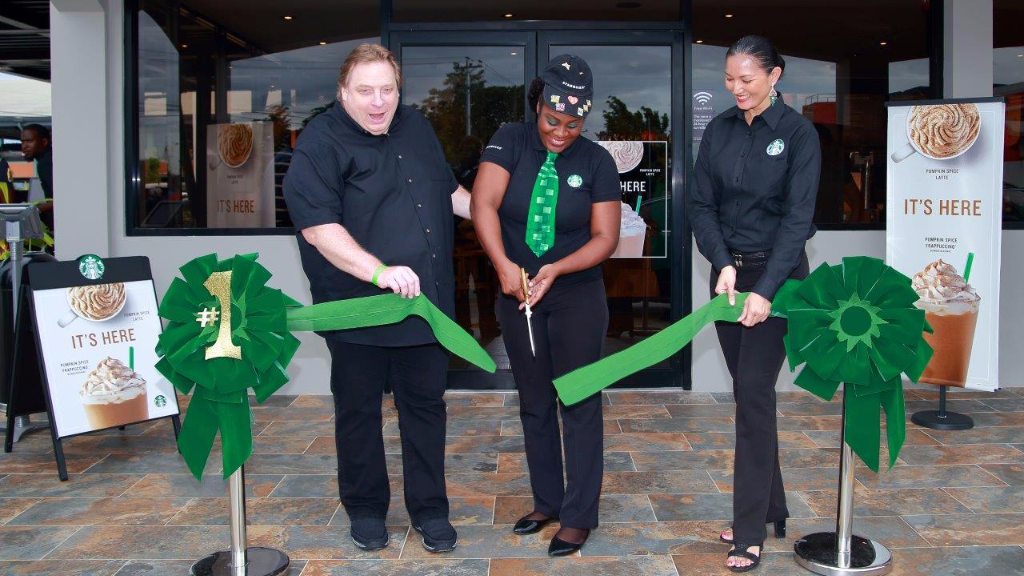 "It is a huge achievement to recruit and open five stores in different communities across Trinidad in one year and our Baristas and the entire team have done well," said Charles Pashley, CEO, Prestige Holdings Limited.

Starbucks opened its fifth store on Munroe Road, Chaguanas on Monday and the Baristas celebrated their one-year anniversary on Saturday at a private Friends & Family event.

In a release, Starbucks says since market opening last year August, the company has hired continuously and continue to recruit and train Baristas.

“Our recruitment process is very well thought out as we select and train those with the right key attributes and positive traits to interact well with customers and equally, their fellow colleagues,” said Nesha Malchan, Starbucks HR Partner Resources Manager who has led the training and development of the team since inception.

The new Starbucks Munroe Road store opened on Monday at 6.30am.

Customers can ask for a job application form at any one of the five stores and store managers can receive direct customer feedback at starbucks@phl-tt.com