10 days after rescue, Italy lets all migrants leave a ship 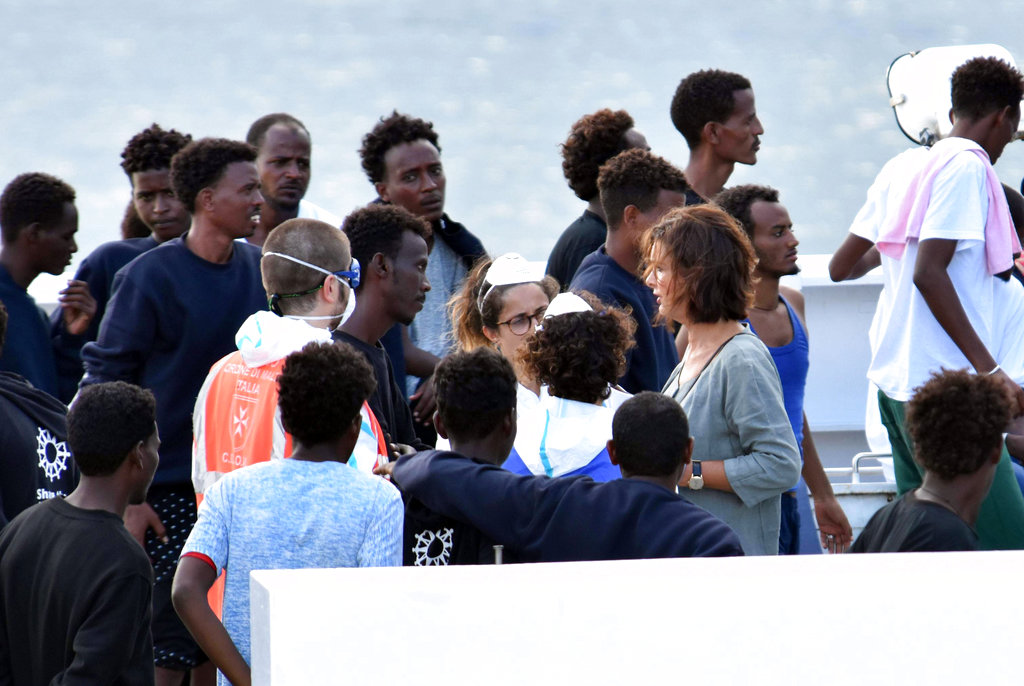 Migrants aboard the Italian Coast Guard ship Diciotti gather as they await decisions in the port of Catania, Italy, on Friday, August 24. (Orietta Scardino/ANSA via AP)

Ten days after they were rescued in the Mediterranean Sea, Italy has allowed all the migrants stuck on an Italian coast guard ship to disembark.

Early Sunday, 137 migrants left the Diciotti, stepping onto the dock at Catania, Sicily, where police photographed them for ID checks, a requirement for asylum-seekers.

Italy's populist government had not let them leave the ship earlier, demanding that other European Union countries take them. Only Ireland did, pledging to take 20. Non-EU Albania will take 20, while Italian Catholic bishops said they would care for about 100.

On Aug. 16, the Diciotti's crew rescued 190 migrants, most from Eritrea, from a smuggling boat. The others, including minors and ailing migrants, were allowed off earlier.

Italy has threatened economic reprisals against the EU for not helping it enough with migrants.