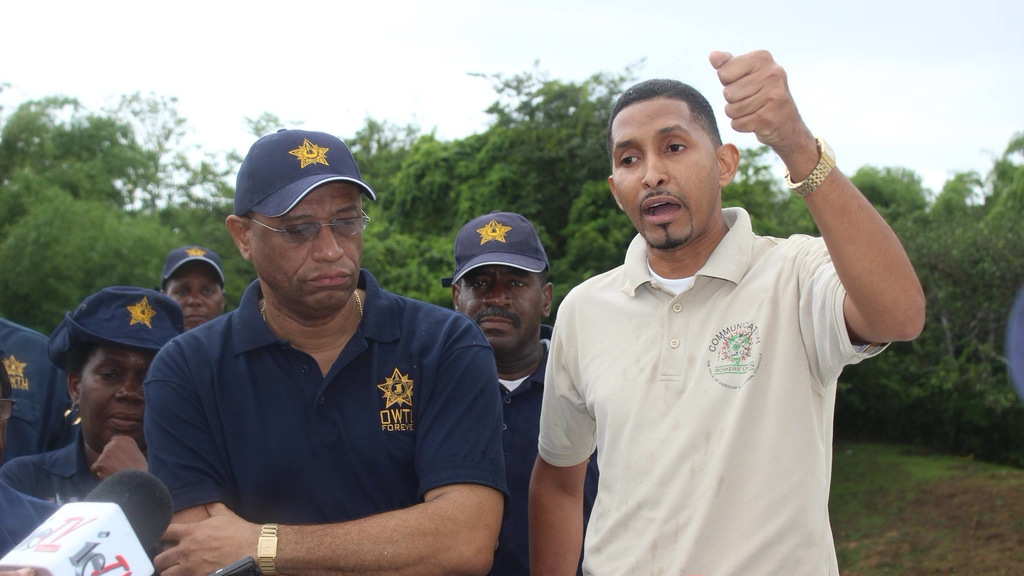 The Communications Workers Union (CWU) is questioning whether the executive members of the Telecommunications Services of Trinidad and Tobago (TSTT) approved a $10 million bonus for themselves.

On Friday, members of the union staged a protest demanding the reinstatement of four workers who were dismissed last week Thursday.

Speaking with reporters, General Secretary of the CWU, Clyde Elder questioned if TSTT executive members approved hefty bonuses for themselves.

He called on the relevant authorities to provide answers.

“I want to ask the company and the government certain questions. Is it true that TSTT executives approved a $10 million bonus payment for themselves and the CEO alone got $2 million, is that true?” Elder questioned.

He claimed government would have been aware of this, as he noted that the Permanent Secretary of the Ministry of Finance is on the Board of TSTT.

At the start of the year, TSTT closed nine of it is retail stores.

The state-owned company had said that the move was part of its digital transformation after research showed more than 70 percent of the transaction activities at its bmobile retail stores are bill related.

The Communications Workers Union had expressed concern about this move, claiming it would leave to hundreds of job losses.

TSTT said workers will not be retrenched but redeployed.

The CWU General Secretary further questioned the decision to close the stores.

“Is it true that they are wasting our money and then saying we have no money and closing down stores, is that true? Elder asked

He persons must be held accountable, saying something must happen at the executive level of the state-owned company.

“And when we could answer those questions, we will see why not Carol David has to leave but the CEO must leave and something must happen at the executive level of this company,” the CWU head said.

Also present at the protest in solidarity with the CWU, was head of the Joint Trade Union Movement (JTUM) Ancel Roget.

Roget issued a warning to the government, that the labour movement will continue to protest until their concerns are addressed.

FITUN in solidarity with CWU on current impasse with TSTT