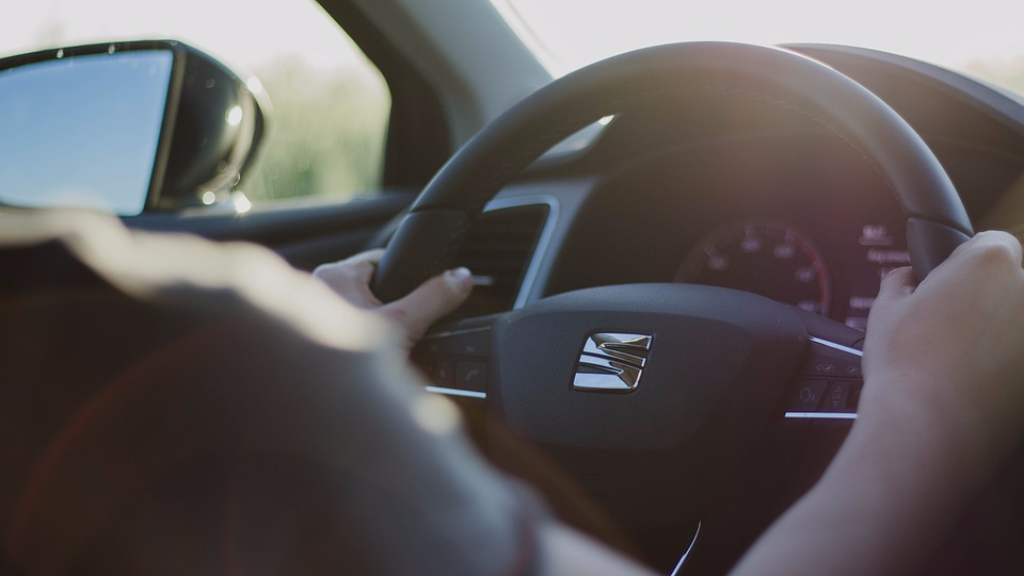 The recently revised Motor Vehicles and Road Traffic Act now includes a Demerit Points System, which will deduct points from a driver based on the number or gravity of any infractions they commit.

The new Demerit Points System will attach traffic offences to prescribed demerit points and other stipulated penalties in effect, providing the Licensing Authority with the required information to suspend the driving permit of a regularly errant driver.

Here are 10 things you need to know about the new Demerit Points System, courtesy the Ministry of Works and Transport:

1. Your driving license can be suspended once you cross 10 demerits within a three-year period.

Experienced drivers holding a permit for over a year may have their driving license suspended if they receive more than 10 demerit points within a three-year period.

- Drivers who receive 10-14 demerits (over three years) can be disqualified from holding or obtaining a driving permit for a period of six months.

- Drivers who receive 14-20 demerits (over three years) can be disqualified from holding or obtaining a driving permit for up to one year.

- Drivers who receive over 20 demerits (over three years) can be disqualified from holding or obtaining a driving permit for up to two years.

Newly licensed drivers who received seven or more demerits would have their license suspended for a year.

Note: During public holidays or unofficial holidays like Carnival, offences can carry double demerits - this will be made known via the media.

2. It takes two years for demerits to be expunged from your record.

"(2) Where a person is disqualified by an order of a Court from holding or obtaining a driving permit, any demerit points recorded against the driving permit record of that person shall be expunged."

3. New drivers can be barred from driving for a year after seven demerit points.

The Ministry says if a “newly licensed driver”, that is, someone holding a driving or provisional permit for less then 12 months from the date of issue, gets seven or more demerit points within a 12-month period, they shall be disqualified from holding or obtaining a driving permit for a period one year.

4. You have 30 days to appeal/file a Notice to Contest against your demerit points.

The Ministry says if a driver files a Notice to Contest, then the demerits/fixed penalty will not be awarded until the conviction is confirmed on appeal.

If the driver does not pay the fixed penalty within 30 days and a Notice to Contest is not filed, then demerit points are awarded.

Section 88M (7) states: "A person who fails to surrender his driving permit to the Licensing Authority as required under subsection (6), commits an offence and is liable to a fine of five thousand dollars and further disqualification for an additional period of one year".

6. You can appeal if you have been disqualified from holding a driving permit.

Under Section 88M (2) of the Act, the Licensing Authority must notify you of its intention to disqualify you and you have 14 days to appeal this decision.

The Ministry says a person who is disqualified from holding or obtaining a driving permit under this section may, within fourteen days of the receipt of the notice under subsection (4), appeal to a Court of competent jurisdiction against that decision and the decision of that Court shall be final.

7. You can't re-apply for a driving permit until your period of disqualification ends.

The Ministry says a person is barred from applying to the Licensing Authority to have his permit reissued unless the period of disqualification has expired or is removed under section 88M(8).

To be reissued a permit after the expiration of the period of disqualification, the person disqualified would be required to

i) Take a driver's rehabilitation programme approved by the Licensing Authority;

ii) Pass a driving test; and

In addition, according to 88N (4) of the Act, if you appeal for a new permit during this time, you can be fined an additional penalty of $10,000.

9. You can receive several demerits at once.

According to Section 88 (L) of the Act, where a driver breaks more than one traffic violation arising out of one incident, the driver would be given:

- Demerit points for the traffic violation that carries the highest number of demerit points.

- Airport Authority of Trinidad and Tobago

9. If driving while banned, or using fraudulent driving license, you face a $2,000 fine and imprisonment for up to six months.

S88Q of the Act states: "Where a person who, under this Part, is disqualified from holding or obtaining or has been refused from obtaining a Double demerit points Fraudulent application for driving permit 272 No. 9 Motor Vehicles and Road Traffic (Amendment) 2017 driving permit, with intent to deceive— (a) applies for a permit; or (b) obtains a permit, while so disqualified, he is liable to a fine of two thousand dollars and imprisonment for six months.”

10. Parked too close to a fire hydrant? Two demerits.

The Ninth Schedule of the Act lists two demerit points and a $500 fine for anyone found parked within three metres of a fire hydrant.