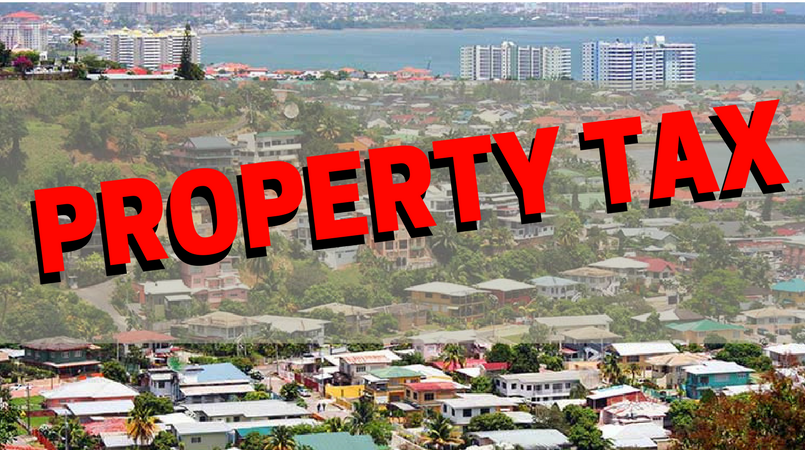 Home and business owners are eager to know as much as possible about Government's planned property tax.

1. Property value is calculated based on four factors

2. Property Tax is calculated based on the Annual Taxable Value of all land.

According to the Property Tax Act 2009, all land, including vacant land, in Trinidad and Tobago shall be Rated on a Rental Value basis.

Annual Rental Value (ARV) is the rent at which a property will let from year to year.

Annual Taxable Value (ATV) is the rent at which a property will let from year to year after a deduction of 10 percent for Voids.

Tax rates are as follows:

Vacant Land will also be taxed:

The Annual Rental Value of vacant land will be found by taking a percentage of the Current Market Value of the land.

Property Tax is calculated by taking a percentage (rate of tax) of the Annual Taxable Value of all Land.

Tax rates are as follows:

3. Once authorised, officers can enter and inspect your premises at any time during the day

Once authorised by the Commissioner, officers can enter and inspect your property, whether you want them to or not.

“Sect. 15. (1) Subject to subsection (2), the Commissioner, or any officer authorised by the Commissioner in writing for that purpose, shall for the purpose of ascertaining the value of any land have power to enter, at all reasonable hours during the daylight, in or upon any land without being liable to any legal proceedings or molestation whatever on account of the entry.”

4. You could be fined for not submitting your property tax valuation form

"Sect. 6. (1) Every owner of land in Trinidad and Tobago shall make with the Commissioner, a return of the land in the form set out in Schedule II.

(3) A Notice under subsection (2) shall be sent by registered post.

(4) A person who willfully—

(a) fails to make a return within the prescribed time under subsection (1); or

(b) makes a return which is defective or incomplete or which is to his knowledge false in any material particular, commits an offence and is liable on summary conviction to a fine."

5. You have 30 days to challenge your valuation

By law, citizens have up to 30 days to lodge a complaint after receiving their notice of valuation.

"An owner or local authority who is dissatisfied with a valuation may, within thirty days after service of the notice of valuation, post to or lodge with the Commissioner an objection in writing against the valuation stating the grounds upon which he relies. The objection shall be limited to one or more of the following grounds:

(a) that the values assessed are too high or too low;

(b) that lands which should be included in one valuation have been valued separately;

(c) that lands which should be valued separately have been included in one valuation;

(d) that the person named in the notice is not the owner of the land."

"17. (1) The Board shall, on or before the March 31 in each year, cause a notice of assessment specifying—

(a) the unique land identification number or other number by which the land is identified;

(b) the annual rental value of the land;

(c) the annual taxable value of the land;

(e) any deductions and allowances applied to the tax on the land;

(f) the time when and where such annual tax is to be paid;

(g) penalties and consequences for failure to pay the tax; and

(h) the right to object to such assessment made under this Act and the procedures to be utilized in making an objection, to be served on or delivered to the owner or occupier of the land personally or his agent or attorney or by being sent by post to his last known business or private address."

Additionally, Section 33 of the Act states:

“33. The annual tax due and payable in respect of every land shall be paid to the Board on or before the March 31 in every year ending on the next ensuing December 31.”

"(2) A Notice under subsection (2) shall be sent by registered post.

(a) a further sum of 10% on the amount of tax shall be added thereto by way of an increased tax; and

(b) interest at the rate of 15% per annum on the amount of tax is to be applied to the tax as increased from September 16 to the date of payment, unless the Board is satisfied that the failure to pay the taxes did not result from the default of the taxpayer."

Section 36 adds if six months have elapsed since the outstanding due date, a Notice of Demand will be sent.

“36. Where arrears of annual tax payable on land are outstanding, or part thereof is unpaid, and six months have elapsed since the same became due and owing, the Board shall cause a Notice of Demand to be sent to the owner of the land by registered post.”

8. After a year of non-payment, your goods may be seized, once Notice has been served

“37. (1) Where any tax assessed under this Act or part thereof is unpaid, the Board has served Notice under section 36 and twelve months have elapsed since the same became due and owing, the Comptroller of Accounts, District Revenue Officer or other person to whom the same ought to be paid may at anytime before actual forfeiture under section 41 authorize the levying of a distress—

(2) The authority to distrain under this section may be made in the form set out in Schedule II, and such authority shall be a sufficient warrant and authority to levy by distress the amount of taxes unpaid and in arrears and penalties and interests thereon.

9. After five years of non-payment, your land could be forfeit

Section 41 of the Property Tax Act 2009 states if no taxes are paid for a five-year period, pending a notice published in the Gazette by the Board, the President may deem your land as forfeit, unless you are able to pay all of the arrears before the stated expiration date.

“41. (1) Where any tax or any part thereof due in respect of any land remains in arrears and unpaid for the period of five years from the day when it became due and payable, the President may, by warrant under his hand, reciting that a sum specified in such warrant, due on account of the tax and for five years in such warrant, is and has for the full period of five years been in arrears and unpaid, order that such lands be forfeited to the State, and immediately upon the registration of such warrant as hereinafter provided, such land shall be forfeited, and shall vest in the State, in absolute dominion, free and discharged from all rights, estates, interests, equities and claims of any other person.”

“(2) The President shall not sign a warrant under subsection (1), unless the Board has previously caused a notice to be published in the Gazette and in one newspaper in daily circulation in Trinidad and Tobago and posted up in a conspicuous place at its office and suboffices for a period of one month, notifying the owners of the lands, and all persons interested in them, that unless a sum specified in such notice, being the sum which at the expiration of a specified period of five years or some longer period, became or would become due in respect of the tax in arrears, increasing according to the Act, is paid before the expiration of the specified period, together with all sums which at the time of payment may be due in respect of any tax, the said lands will be liable to forfeiture to the State.”

10. You can apply for a tax deferral, once relevant criteria are met

Section 23 of the Property Tax Act 2009 states that the Board may, upon application of the land owner, authorise the deferral of the payment of the assessed tax on the land on the grounds of the “impoverished condition of the owner and his inability to improve his financial position significantly by reason of age, impaired health or other special circumstances, that undue hardship to that owner would otherwise ensue”.

The Act says if approved, a certificate showing the owner’s inability to pay tax will be issued.

A release from the Ministry states that all property valuation forms along with supporting documents must be submitted by May 22, 2017.

Citizens can find out more at www.finance.gov.tt/propertytax