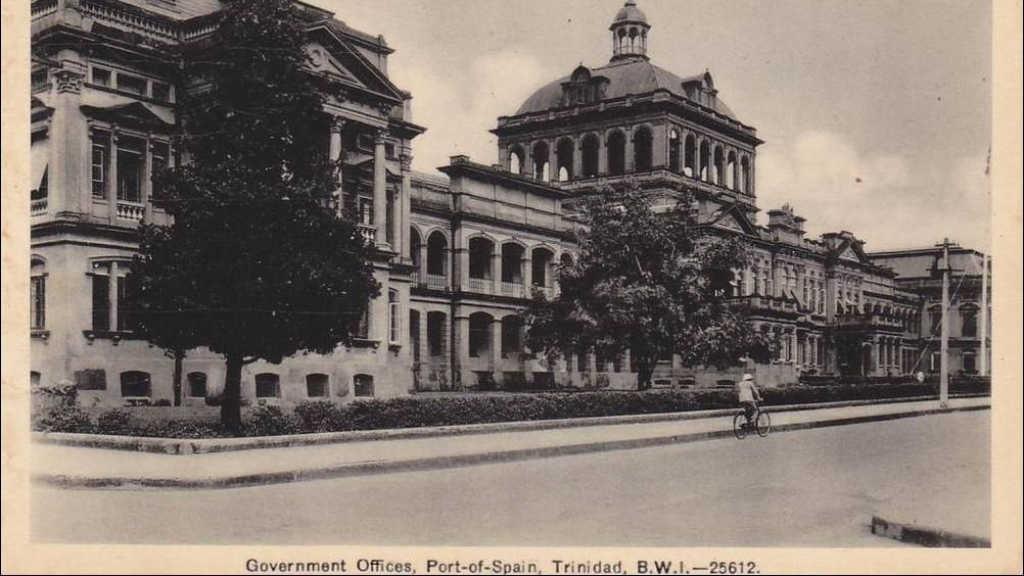 Port-of-Spain has quite a compelling history, with nuances and facets that we see every day without actually knowing their origins.

Before the Twin Towers, there was Freetown. Before the International Waterfront, there was Puerto d’España, a port kept under wraps from pirates and enemies of the Spanish.

The city of Port-of-Spain is 104 years old and for the month of June, the Port-of-Spain City Corporation will be hosting a number of events to celebrate this anniversary.

The British abolished the slave trade in 1807 but the British Royal Navy were ordered to patrol the African West Coast and prevent the illegal transportation of slaves by British ships. As a result, a number of Africans were freed and some of them were brought to Trinidad.

Coming from tribes including Yoruba, Rada, Mandingo, Ibo, and Krumen, they were brought here, not as slaves, but as free men and given land in Belmont. Belmont became known as Freetown for a while, extending from the East Dry River at the north end of Circular Road, and up into the Belmont Valley Road.

2. Before there was St. Ann’s, there was Belmont Asylum

The Belmont Asylum was founded in 1851 and was located on Circular Road, opposite to where the secondary school is today. It was eventually moved to St. Ann’s and became known as the ‘Mental Hospital’.

3. The capital was intentionally kept uninhabited at one point

Under Spanish rule in the mid-16th century, Trinidad was a strategic outpost to the Orinoco delta. In an attempt to avoid drawing the attention of pirates and other Spanish enemies, the Spaniards kept Trinidad unpopulated, keeping the island as just a port to keep Spanish ships safe in the Gulf of Paria. They spread rumours that Trinidad was dangerous and was a catchment for diseases like yellow fever and malaria. The main anchoring place didn’t even receive a proper name but was just called a ‘Harbour of Spain’  or Puerto d’España.

4. The 'jamette society' originated in Port in Spain

At one point, the streets of east Port-of-Spain were known as the ‘French Shores’, and those who inhabited them were known as jamettes (from French ‘diamètre’). The term referred to those outside the circle (the ‘diameter’) of polite society. In the eyes of the colonial government, the jamette society was outrageous, vulgar and obscene.

5. Everyone and everything was thrown in prison

The Royal Gaol on upper Frederick Street was completed in 1812 where criminals, along with debtors, the insane, and even animals were thrown into it.

6. Governor Woodfood passed an interesting law to protect the streets of Port-of-Spain

After he became Governor in 1813, Sir Ralph Woodford was keen on modernising the face of Port-of-Spain. Sidewalks were constructed and paved with gravel. To preserve the new (and expensive) streets, a law was passed in 1824 forbidding the keeping of pigs in the city. Additionally, cows, goats, horses, and mules had to be kept in compounds and were not allowed to roam the streets anymore.

Governor Woodford purchased Paradise estate in 1819 from the Peschier family. The area, originally called 'The Savannah' was cleared ‘for the recreation of the townsfolk and for the pasturage of cattle’. It was later officially changed to 'The Queen's Park Savannah' in 1845.

The Governor bought additional land from the Peschier estate at St. Anns, which was constructed for the new Government House and the Botanic Gardens. Botanist David Lockhart was hired to design the Botanic gardens; he introduced many trees from the Far East into Trinidad, the most notable being samaan tree.

10. The Queen's Park Savannah was used for many sporting events

In addition to being an open pasture, the Savannah provided the residents of the town with their first golf course and the game was played with the grazing cows and running horses.

Horse-racing was also introduced in 1828; by 1854, after the erection of the Grand Stand, horse racing was held annually. The Savannah was quite the multipurpose venue, with cricket, polo, football and other sports taking place in the open space.