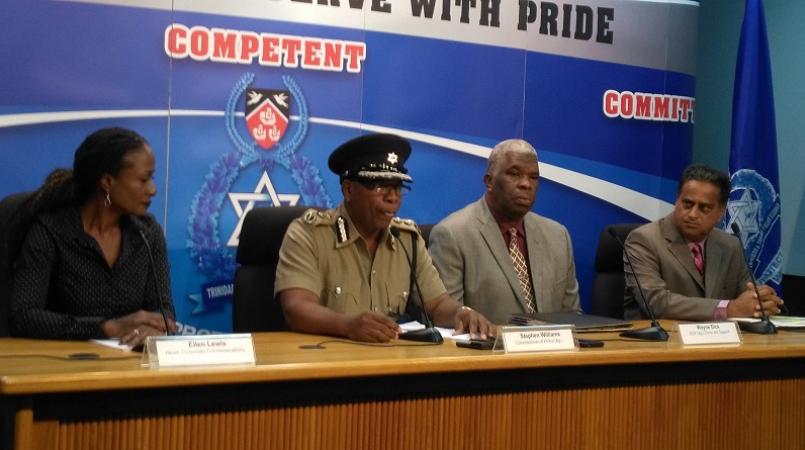 Twelve T&T nationals – men, women and children - have been deported from Turkey and are expected back in the country later today.

But, at this time, there is no information received from Turkish authorities by local law enforcement to indicate that these individuals have had any links with terrorist group ISIS.

At a special media briefing at the Police Administration Building, Port-of-Spain Friday morning, DCP Acting Crime and Support Wayne Dick said the police have limited information from Turkish authorities which still needs to be verified.

While police have “some information” regarding the identities of the deportees, Dick stressed that it needs to be verified as they have “very little information” from Turkish authorities.

He told reporters that none of the deportees would be arrested, but instead questioned.

“…it’s quite natural when persons are deported that they are interviewed with a view of ascertaining why they were deported, and therefore seeing as they are the subjects as deportees along with the agents who would escort them – all will be interviewed.”

He also stressed that people aren’t only deported because they commit a crime, but for several other reasons like border entry issues.

Despite having limited information, he said the police had a responsibility to inform the media on the development.

“…the reason why we are updating you is that it has been in the public domain for some time about persons who had been detained in Turkey, and it had been reported before this day that law enforcement had been conducting investigations so as to ascertain.

Now if we have this information which we only received within a few hours prior to this time, then it is incumbent upon us to report to you.”

Dick assured that the police would be seeking to gather as much information as possible.