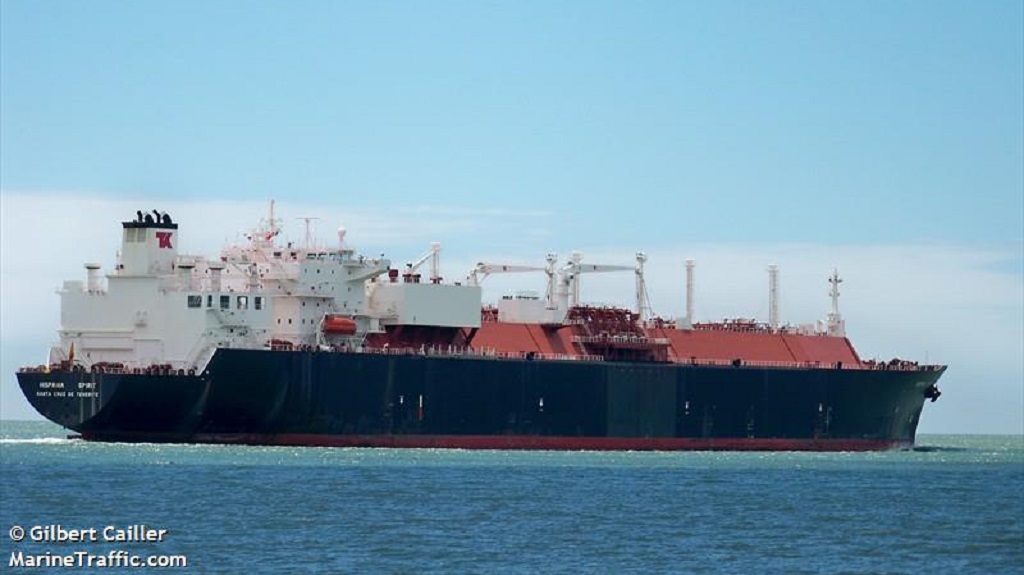 Photo: The 'Hispania Spirit' is a Spanish LNG tanker. The vessel was based at the home port of Santa Cruz de Tenerife. Photo courtesy www.marinetraffic.com

An estimated TT$120 million in cocaine was found attached to a vessel docked at a jetty at Atlantic in Point Fortin.

The find was made by officers of the Point Fortin Police Station.

Police said initially, they were responding to a report of “suspicious item” observed attached to the 'Hispania Spirit’, a vessel which had been docked at Jetty #1 since Tuesday.

It was said that the Captain, upon making final checks to the ship, observed the attachment, and notified authorities.

The vessel, LoopTT was told, flies under the flag of Spain and had a crew of about 30.

A team of officers led by ASP Ramphal, responded to the report around 9.30 am on Wednesday.

When they arrived, they went to the area where the item was said to have been observed – near the rudder – and seven bales were discovered attached.

The bales contained cocaine which from initial estimates, weighed about 200 kilogrammes.

Officers of the Organised Crime and Intelligence Unit, Customs and Excise, Coast Guard, and other security agencies were notified.

Woman arrested in India over cocaine package sent from T&T