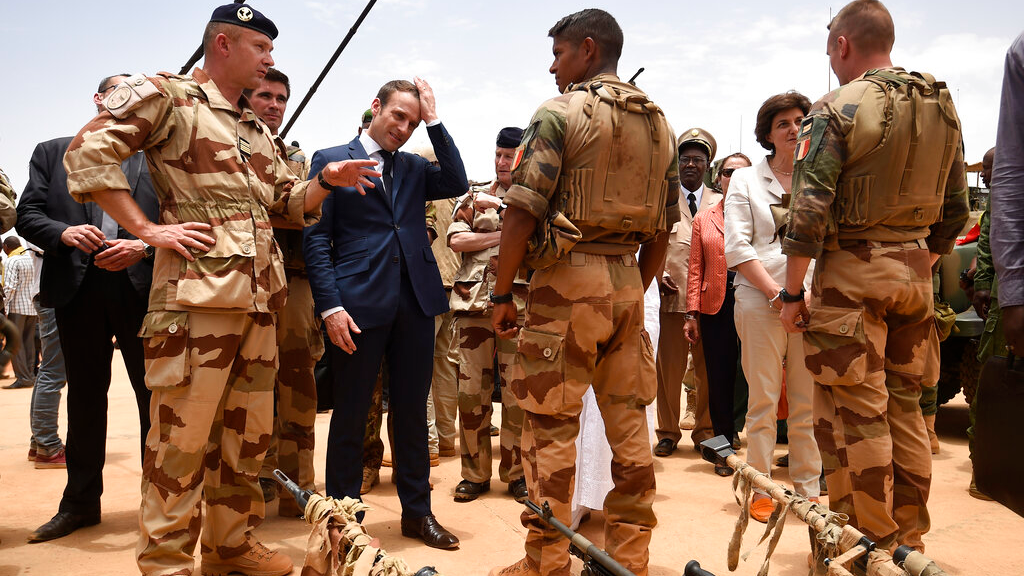 The deaths draw new attention to a worrying front in the global fight against extremism. Attackers linked to the Islamic State or al-Qaida this month alone have killed scores of local troops in the region and ambushed a convoy carrying employees of a Canadian mining company, leaving at least 37 dead.

French President Emmanuel Macron expressed “deep sadness” after the Monday evening crash. “These 13 heroes had only one goal: protecting us,” he tweeted.

The French military said both helicopters were flying very low when they collided and crashed in Mali’s Liptako region while supporting French commandos on the ground pursuing a group of extremists. No one on board survived. French defense minister Florence Parly said an investigation has been opened.

France’s operation in West and Central Africa is its largest overseas military mission and involves 4500 personnel. France intervened in 2013 after extremists seized control of major towns in northern Mali and implemented a harsh version of Islamic law. They were forced back into the desert, where they have regrouped and moved south into more populated areas.

Since 2013, at least 44 French soldiers have died in the mission that has created little public debate in France.

A new surge in extremist attacks in Mali has killed well over 100 local troops in the past two months, with IS often claiming responsibility. The extremists loot military posts and profit from mining operations while finding refuge in forested border areas. Hundreds of thousands of civilians have fled their homes.

Before his death this year, IS leader Abu Bakr al-Baghdadi congratulated "brothers" in Mali and neighbouring Burkina Faso for pledging allegiance.

Public outrage in Mali also has been directed in recent weeks against France, the country’s former coloniser, over the failure to stop the violence that also has led to deadly clashes between wary communities amid suspicions of supporting the extremists.

Mali’s President Ibrahim Boubacar Keita on Tuesday sent his “deepest condolences” to France. “The loss is heavy but the people of the Sahel share your mourning,” he said in a statement.

Mali’s Liptako region near the border with Niger and its Gourma region near the Burkina Faso border have become strategic crossings for extremist groups as they are largely unguarded, the International Institute for Strategic Studies wrote last month.

France’s operation became involved in the Liptako area in 2017 and this year it built a new base in Gossi in the Gourma region, IISS said.

“Despite increased French presence in this zone, military gains remain limited. Both sides barely ever engage in direct confrontation. Militants use guerrilla tactics, rely heavily on improvised explosive devices and hide within the civilian population before and after launching attacks,” it added.

France's Barkhane military operation is one of multiple efforts against the growing extremist threat in the Sahel including a five-nation regional counterterror force that struggles to secure international funding despite French backing and a peacekeeping mission in Mali that is one of the deadliest in UN history.

The United States and others have blocked efforts to set up sustained UN funding for the 5000-strong regional G5 Sahel force.