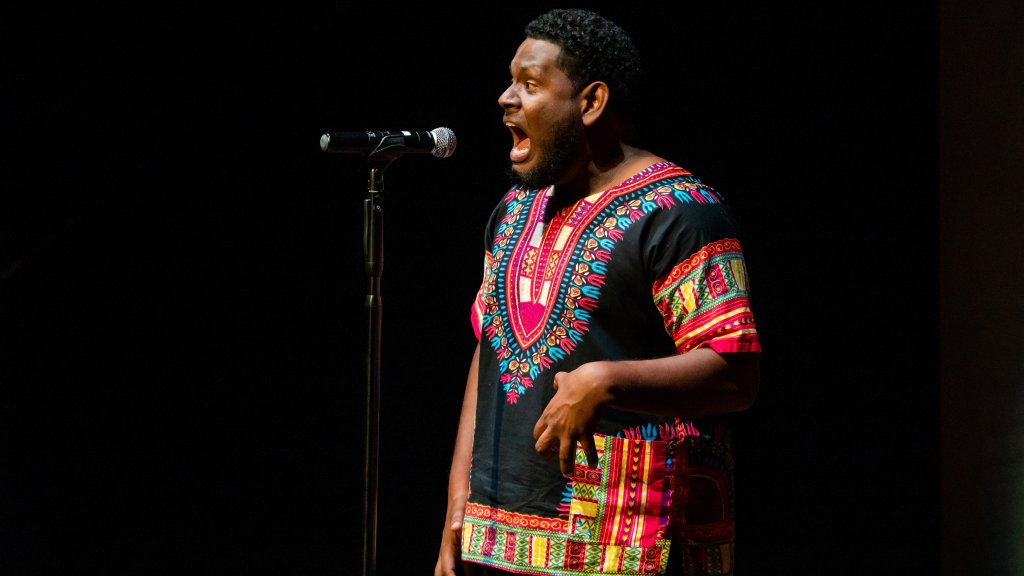 Fifteen performance poets have advanced to the final round of the 2019 First Citizens National Poetry Slam (FCNPS), dubbed the ‘microphone throne’.

On Sunday, May 5, they will take on defending national champion Deneka Thomas at NAPA in the closing event of the ninth NGC Bocas Lit Fest, the annual literary festival (May1-5).

It is the third consecutive year that this country’s finest performance poets, masters of the craft of the Spoken Word, will vie for a winners’ row jackpot of $80,000, courtesy First Citizens.

Continuing with the Game of Thrones motif established in round one of this year’s competition, the final will be a battle between the Houses of Jab, Moko, Merikins, Maroons, and Chantuelle for the coveted ‘microphone throne’.

Prize-winning writer and Deputy Festival Director who was head judge of audition and semi-final rounds of competition Funso Aiyejina commented, “This has been the most outstanding semi-final round of competition I’ve seen since I started judging the Slam in 2013. We expect nothing short of a showdown for the finals.”

They chose finalists from among 42 contenders, including two wild card entrants who qualified to be judged as semi-finalists.

First Citizens National Poetry Slam finals tickets are now on sale at all major Francis Fashions outlets, National Academy for the Performing Arts (NAPA) Box Office, The Writers Centre at 14 Alcazar Street in St. Clair and can also be purchased directly from all Slam finalists.

The NGC Bocas Lit Fest takes place at the National Library and Old Fire Station. Festival title sponsor is the National Gas Company of Trinidad and Tobago, First Citizens is the lead sponsor. Main sponsors are One Caribbean Media and the Ministry of Community Development Culture and the Arts.