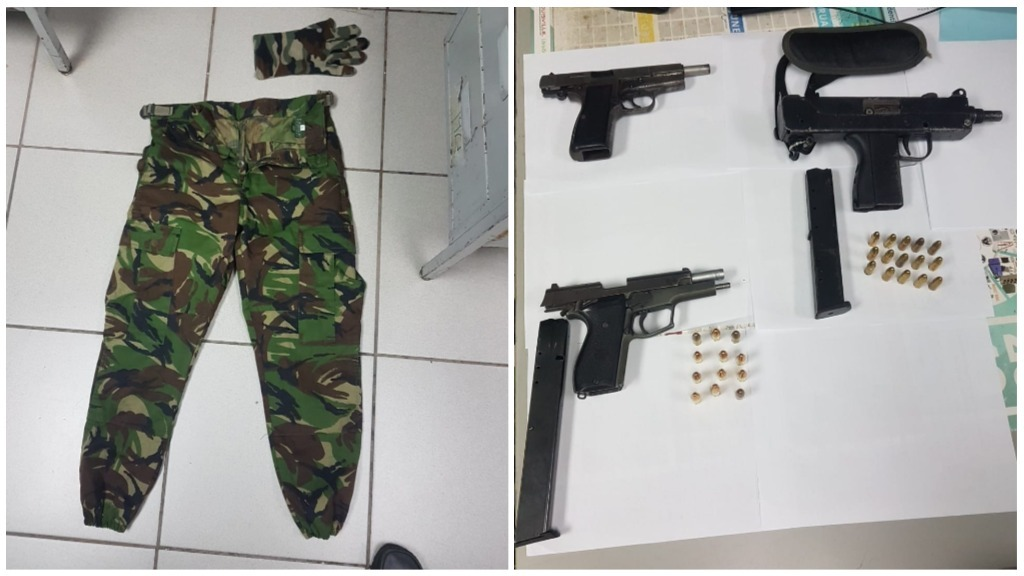 Four persons including a 15-year-old boy were taken into custody following a police exercise on Monday morning in St Augustine.

Officers also seized a number of firearms and camouflage clothing which were found at two apartments at the location.

The officers, led by Inspector Robert Joseph, Sgt Ammon, Sgt John, and others, went to an apartment along St Augustine Circular in the Monte Grande community.

The officers also seized a quantity of camouflage clothing.