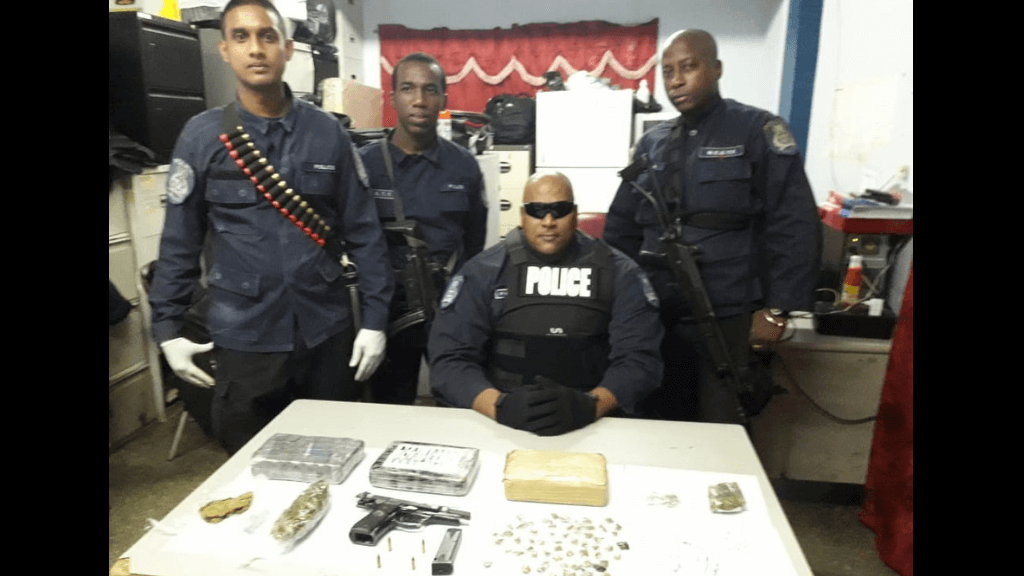 Three kilogrammes of compressed cocaine - with a street value of just over $1.3 million - was seized last night in Barataria.

The drugs were found in an empty lot of land along Sixth Avenue, Barataria, by officers of the North Eastern Division.

According to police reports on Wednesday night, a team of officers led by Snr Sup Sagramsingh, with assistance from ASP Holsford, ASP Andrews, Inspector James, Sgt Guelmo, and Cpl Lavia, among several others, received informaiton which led them to the address.

During the exercise, officers proceeded to a house at 10th Street, Malick, Barataria, where a search warrant was executed.

The search resulted in three rectangular packets containing 3.329 kilogrammes of cocaine being discovered. The drug has an estimated street value of $1,331,600.

The officers also received information which led them to a nearby location where they found and seized a semi-automatic pistol, loaded with four rounds of ammo.

Editors Note: This story has been updated to reflect new information from the TTPS which puts the estimated street value of the drug at $1,331,600.

No arrests yet in priest's robbery