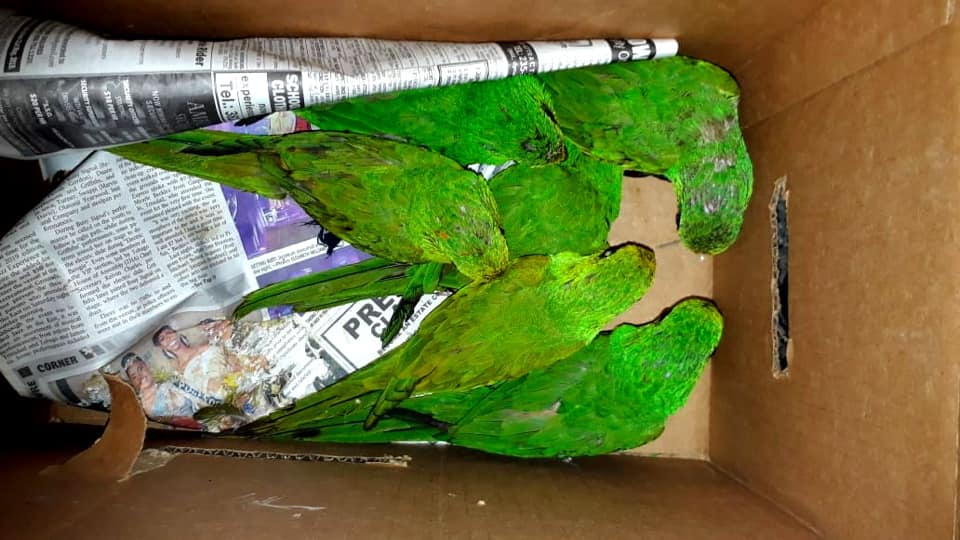 A 22-year-old Diego Martin man who was held with 16 protected birds was fined $16,000 and faces three months hard labour if he is unable to pay.

Ali was charged by game warden Steve Seepersad and was charged with 16 counts of possession of protected animals. He plead guilty to the allegations during his first court appearance.

The court was told that Ali was held around 9:00 am on Wednesday in Gasparillo with ten yellow-crowned parrots and six white-eyed conure birds in captivity without permits.

He was allegedly attempting to sell the animals.

The arrest was made during an operation between Game Wardens based in South Trinidad and police officers attached to the Task Force, Southern Division. The animals were found in the trunk of Ali’s car.

The court was told that Ali was remorseful for his actions, however, it was submitted that Ali was attempting to sell the birds because his family’s business was experiencing some difficulties and he wanted to aid financially.

After further submissions, Ali was fined - a default on payments could result in three months hard labour for the 22-year-old.