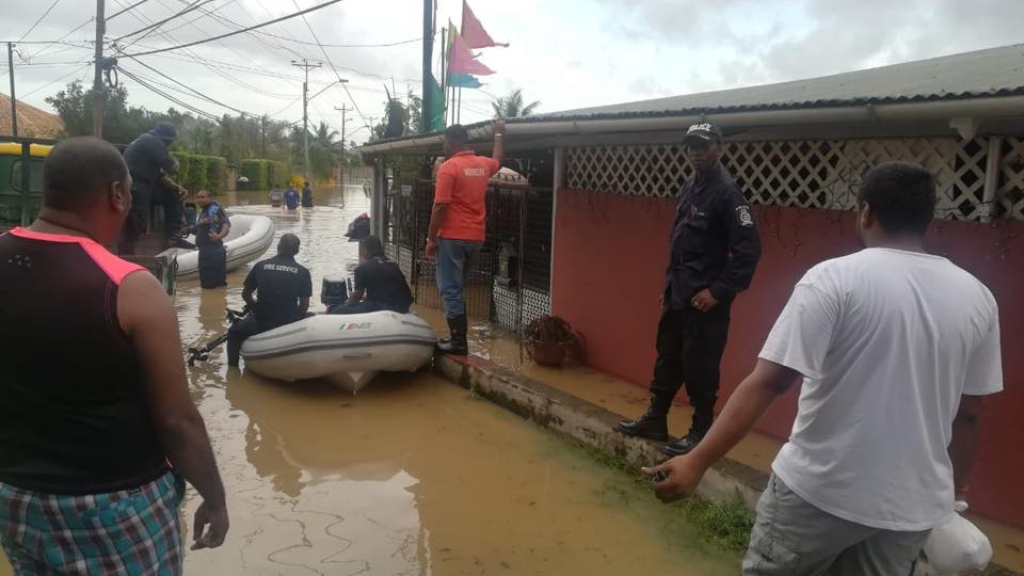 Responding in Parliament to questions put forward by Opposition Senator Wade Mark, Crichlow-Cockburn said so far 18 people, including one contract worker and an On-the-Job Trainee (OJT) worker, have been charged.

“To date, based on information provided by the Fraud Squad Unit, 18 persons have been charged for fraudulently receiving flood relief cheques.”

Crichlow-Cockburn said she was not able at that time to say how much money was taken due to these fraudulent activities as the investigation was ongoing.

Crichlow-Cockburn said some measures to prevent this from re-occurring include stricter controls on the access to emergency relief and recovery assistance forms, using only properly authorised and trained assessors, independent assessments of the processes taken and reviewing the policies governing disaster relief.

She said an audit review of the flood relief exercise was also being done along with the implementation of recommendations as needed.

For the Household Items Grant and School Supplies Grant, she said all grants were processed and approved and are awaiting payment.

She said for the House Repair Grant, all of the applications were not completely processed as some are awaiting updates on non-objections from the Land Settlement Agency (LSA) as those properties occupy state lands.

She said there was no specific time-frame for the processing of these applications but added that the LSA provided a ‘reasonable’ time frame for processing these matters.

“I would not be in a position to give a definitive time frame under which the LSA will act. What I can assure is that as soon as we get the relevant documentation we will process those grants in the shortest possible time,” she said.

Crichlow-Cockburn said the Ministry is also putting systems in place in order to deal with any additional applications during the upcoming rainy season.

In October 2018, torrential flooding across parts of north, central, and south Trinidad damaged thousands of homes and caused millions of dollars in damage.

Families in HDC developments such as Oropune and Greenvale were granted flood relief cheques in order to secure new appliances and items for their homes.

Requests were alo made to defer mortgage payments for homeowners in these communities until January 2019.

Rainy season in Trinidad and Tobago usually occurs from June to December each year.