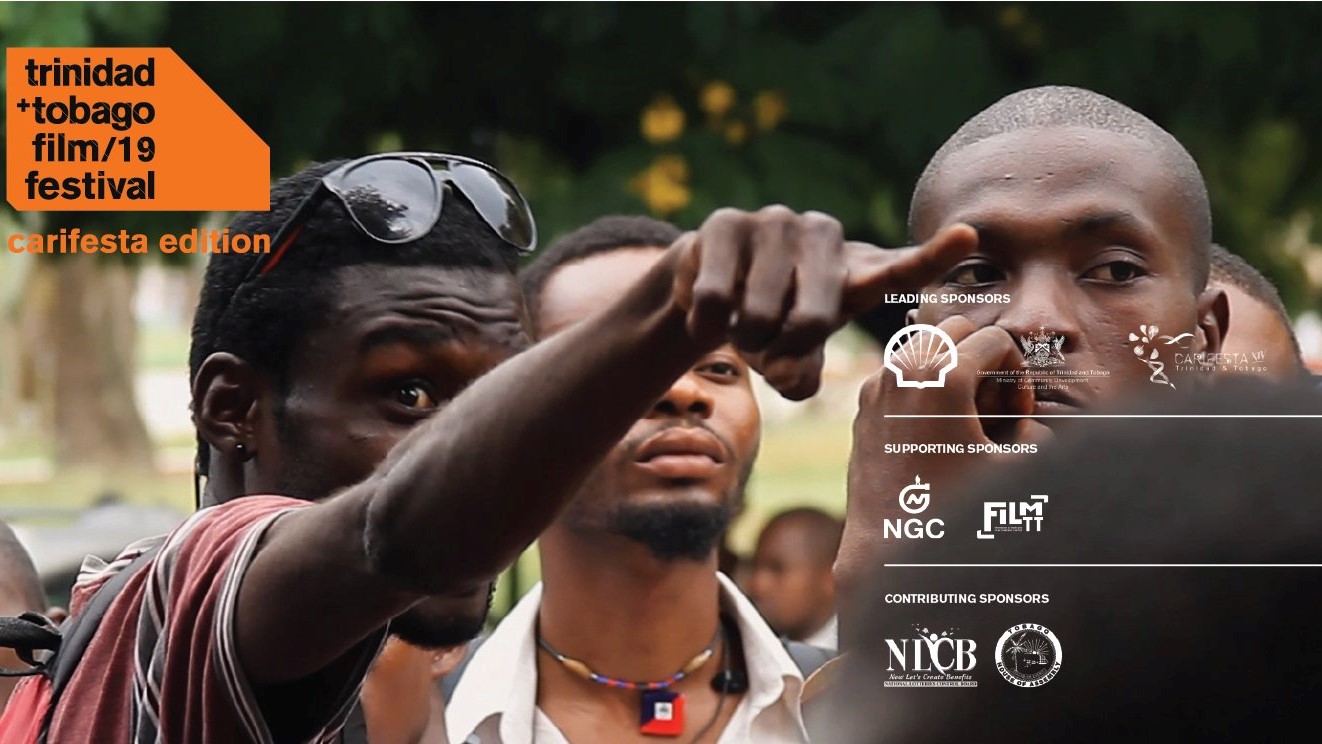 The CARIFESTA special edition of the Trinidad and Tobago Film Festival is quickly approaching and promises to be a celebration of regional culture.

The festival is expected to kick off on August 17 until August 23, with free screenings at APA, SAPA, Naparima Bowl and Shaw Park Cultural Complex.

The nearly weeklong festival is jampacked with a multitude of  films from around the Caribbean, Panorama films, classics and experimental films and we've rounded up a few films that are worth the watch.

Here are 16 films from around the Caribbean and wider world that you should check out during CARIFESTA. 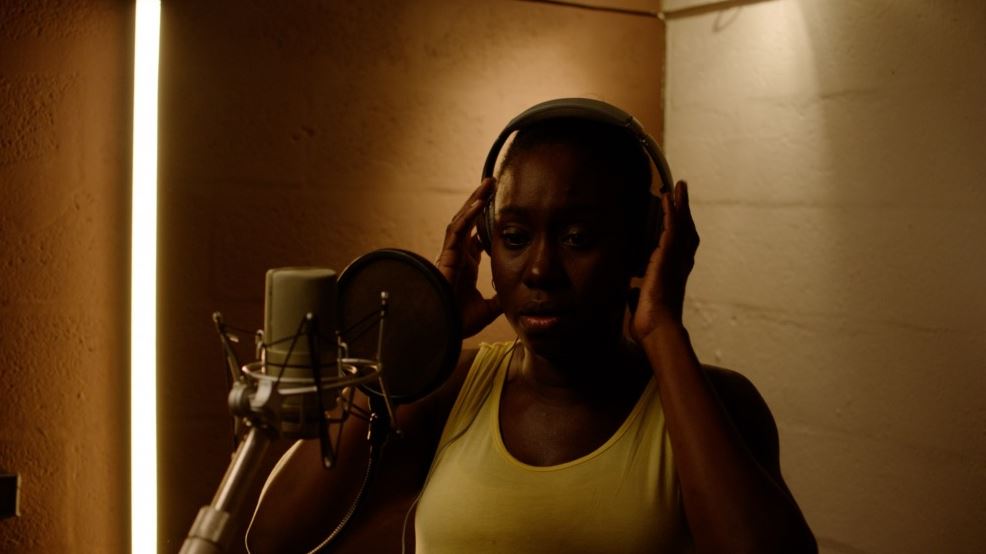 Olivia is a young woman with a natural gift for singing. She wants to escape her life of lesser means and believes her passion for singing Soca music can change her life. However, her religious mother abhors anything that’s not related to the church, especially Soca music. Olivia must decide whether to pursue her dream of becoming a Soca star and risk the relationship with her mother, the only family she knows.

2. Pigs of Paradise (The Bahamas) 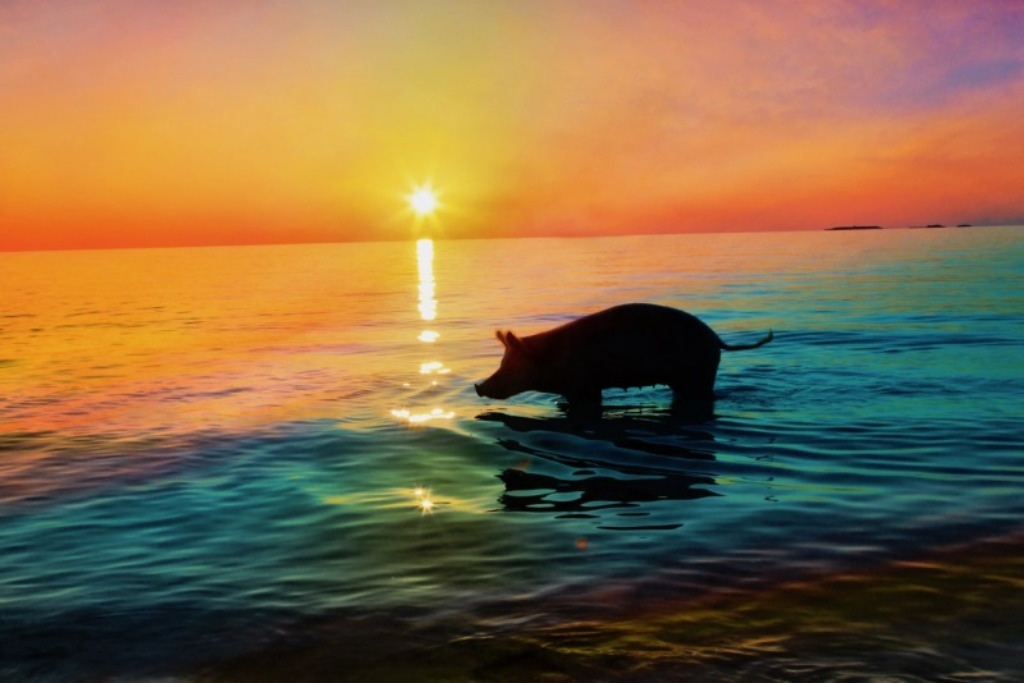 “Pigs of Paradise” is the real story behind the Swimming Pigs of Exuma in The Bahamas: how they got there, who put them there and how they learned to swim. 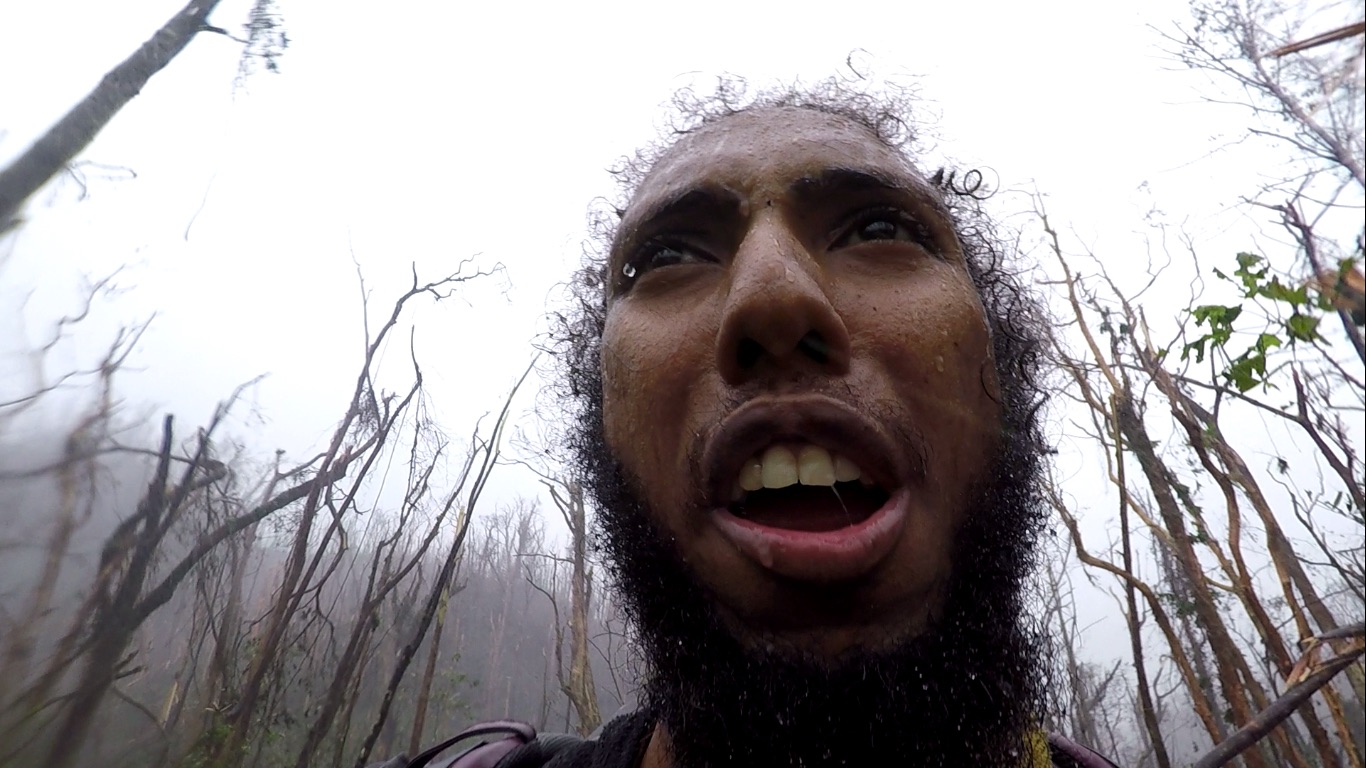 Disenchanted by the modern world, filmmaker Michael Lees heads into the forest of Dominica with some basic survival gear, religious texts and a camera. “Why did man ever leave the forest? And what makes for a good life?” Just as he starts to acclimatise to his new life, the catastrophic Category 5 Hurricane Maria (one of the top ten strongest Atlantic hurricanes in history) makes a direct landfall on Dominica. Michael is caught out in the open in a palm leaf and bamboo hut. With the nation in ruins, the forest destroyed, and essential services knocked out islandwide, the entire country must now return to a past way of life if they hope to survive. 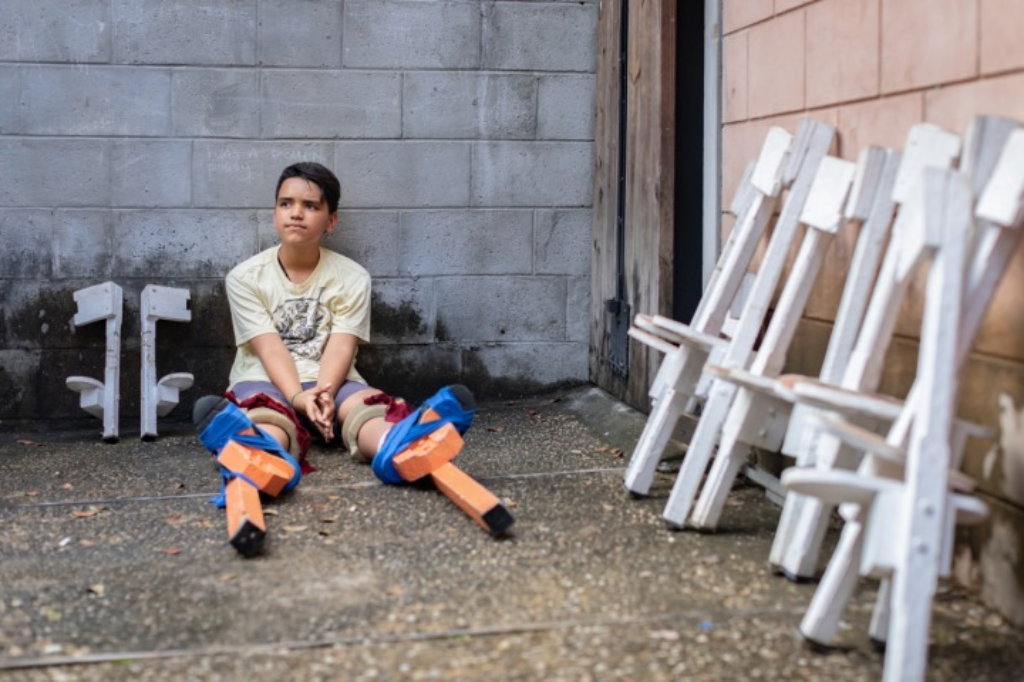 Trinidad and Tobago is home to over 7,000 asylum-seekers and refugees, including parents who have fled to protect themselves and their children. Set against a frank conversation about diversity in Trinidad and Tobago, ‘Lifted’ follows a day in the lives of a refugee family as they journey to a Moko Jumbie lesson.

5. She Paradise (Trinidad and Tobago)

Sparkle is a teenager on the brink of adulthood with few prospects, friends or motivation after graduating from high school. She faces pressure to provide for herself and her household as her Papa’s jewelry business dwindles. In the bustling Port-of-Spain market one afternoon, she finds a collective of talented Soca back-up dancers recruiting for the next season. Seeing an opportunity for an escape, Sparkle goes against her Papa’s wishes and joins the dancers, who in turn give her a dizzying glimpse of wealth, glamour and nightlife in Trinidad.

6. Calcutta to the Caribbean: An Indian Journey (Trinidad and Tobago) 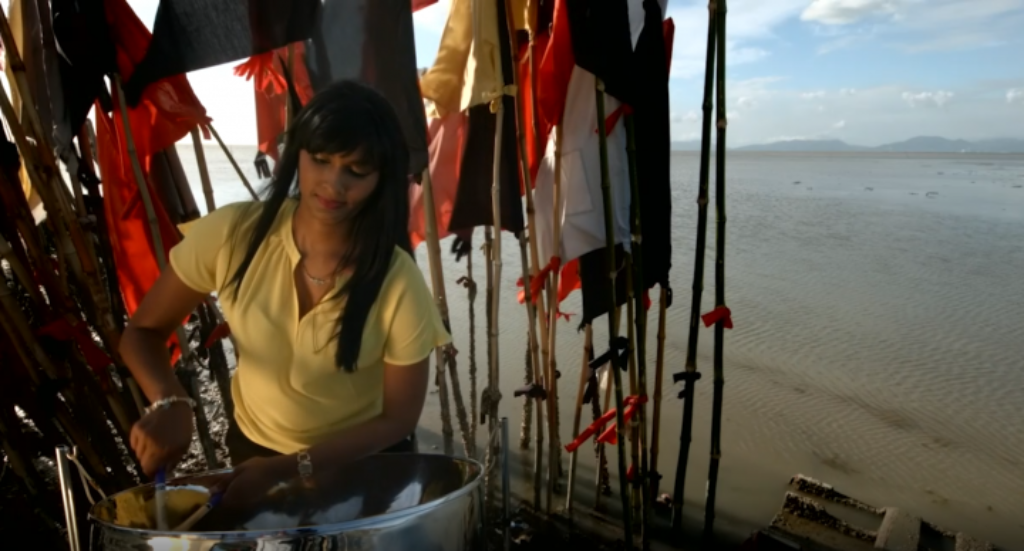 An exploration of the Indian presence in Trinidad and Tobago.

7. Carnival: The Sound of the People (Trinidad and Tobago) 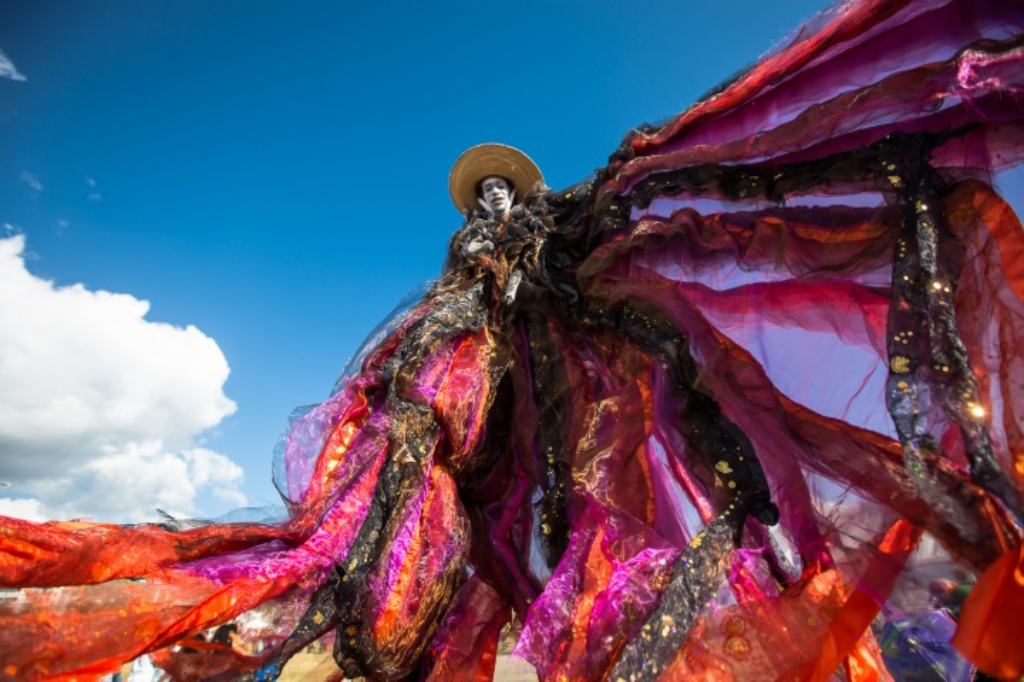 "Carnival: The Sound of the People" explores the inspiration behind musician Etienne Charles’ latest album. 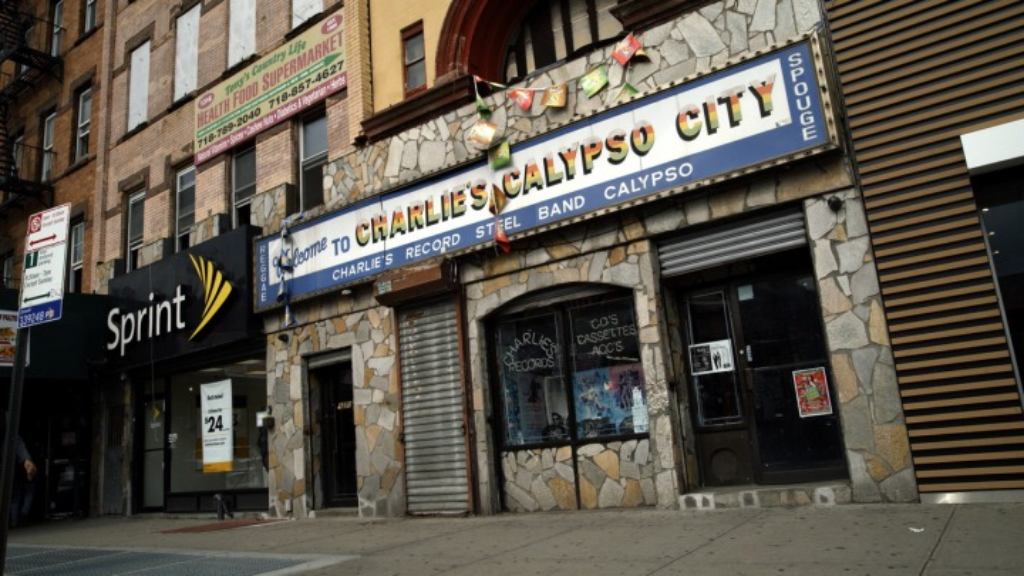 Rawlston Charles emigrated from Tobago to the USA in December 1967. Living in Bedford-Stuyvesant in Brooklyn, NY, Charles had a vision to promote calypso and soca music and its artists to the world through his record store, Charlie’s Calypso City, and music label, Charlie’s Records. “Charlie’s Records” reveals the American immigrant story of an unsung hero.

9. From South Korea to T&T (Trinidad and Tobago) 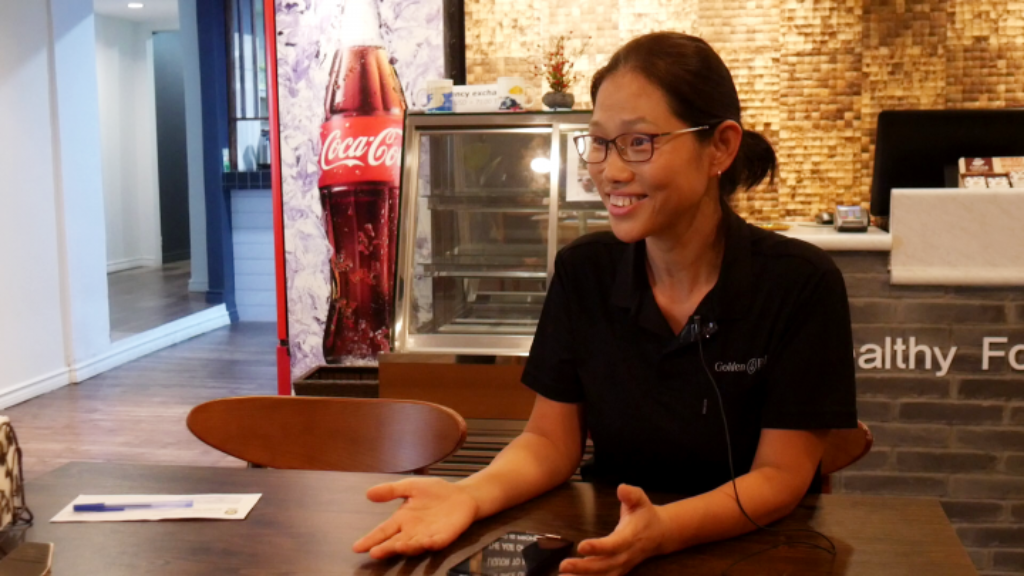 From South Korea to T&T is a 2018 documentary film about the Korean presence in Trinidad and Tobago as well as its fan culture. It highlights the existence of the fandom and its growth in the country; bringing about more knowledge on the culture through various interviews and talks about the challenges the fandom faces in trying to fit into society. At the time of filming, the members were criticised and experienced cyberbullying through social media due to the ignorance of fellow citizens who simply didn’t understand and/or refused to. The documentary attempts to pinpoint the reasons for the rejection of the culture in order to address it.

10. From Gangsta to Pastor (Trinidad and Tobago) 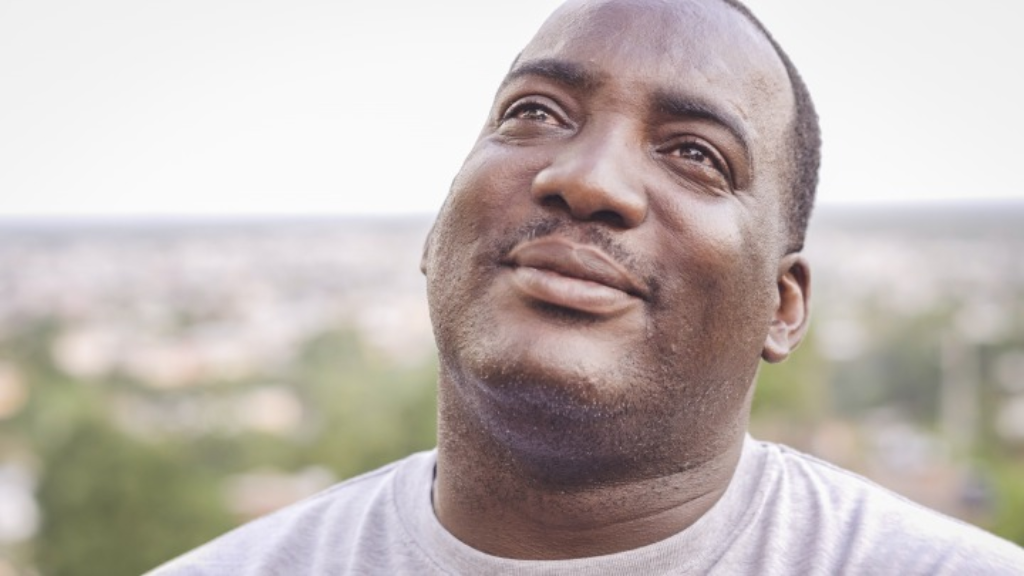 ‘From Gangsta to Pastor’ chronicles the life of Gary Grant, a one-time gangster turned pastor who works to help the community he once hurt. Born and raised in Laventille his troubled childhood led him down the path of crime. Abandoned by his father he found protection and power in the strength of a gang. After years of living on the wrong side of the law, doing jail time and seeing many of his friends die too young – he made the choice to turn his life around. 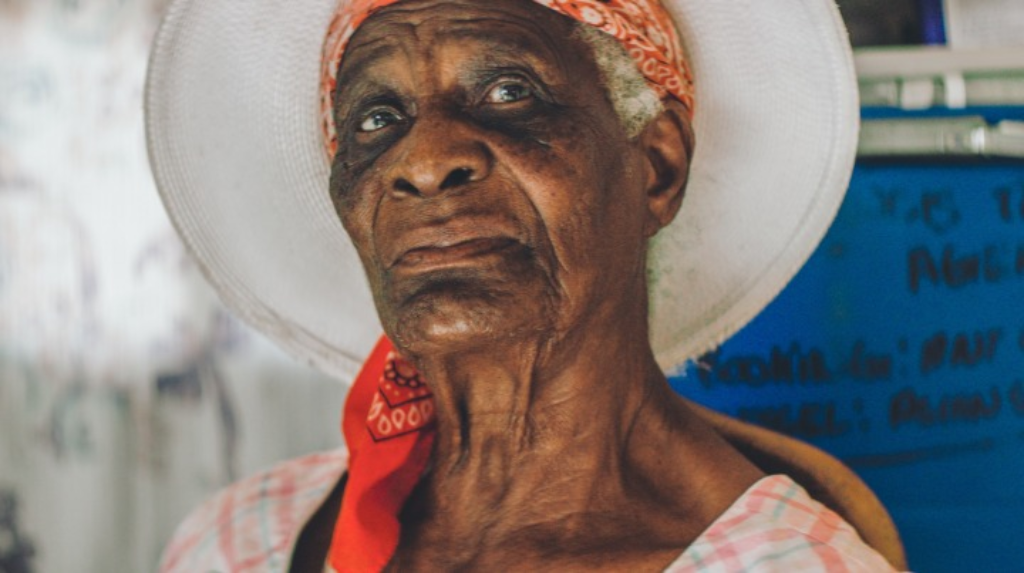 Land is the only thing worth killing, worth fighting, worth lying, and worth dying for. After a devastating hurricane lays waste to their homes, Barbudans must overcome a second and potentially even greater threat—the sale of their island to foreign interests in the name of rebuilding, upending 300 years of communal land ownership. 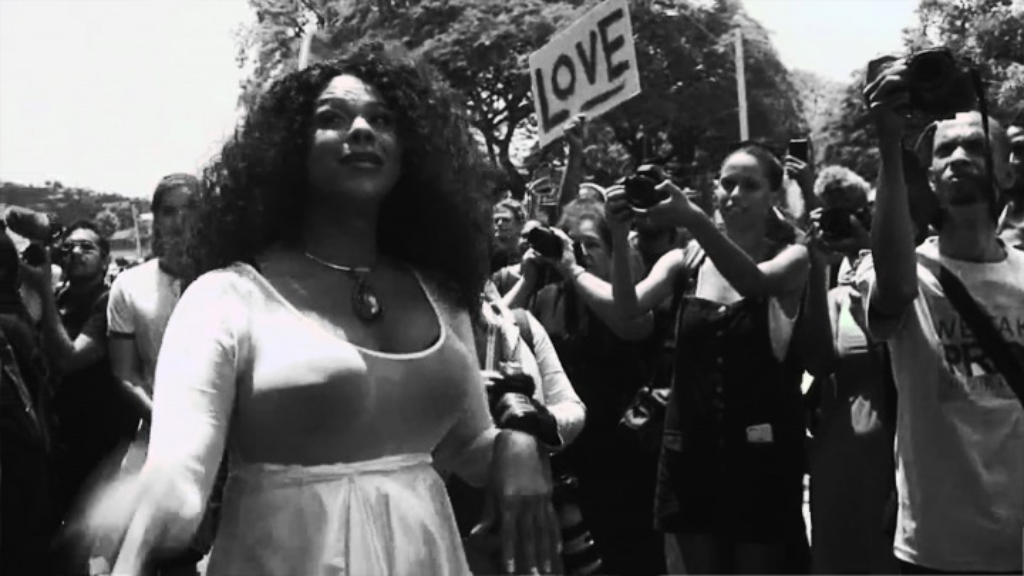 Jason Jones, a gay rights activist, sues the state of Trinidad and Tobago over colonial-era anti-homosexual laws. He must face his opponents outside the Hall of Justice and inside the courtroom the day of the landmark verdict. This is the story of the first-ever case in the Caribbean that successfully overturned laws that criminalized homosexuality.

13. Oseyi and the Masqueraders (Dominica) 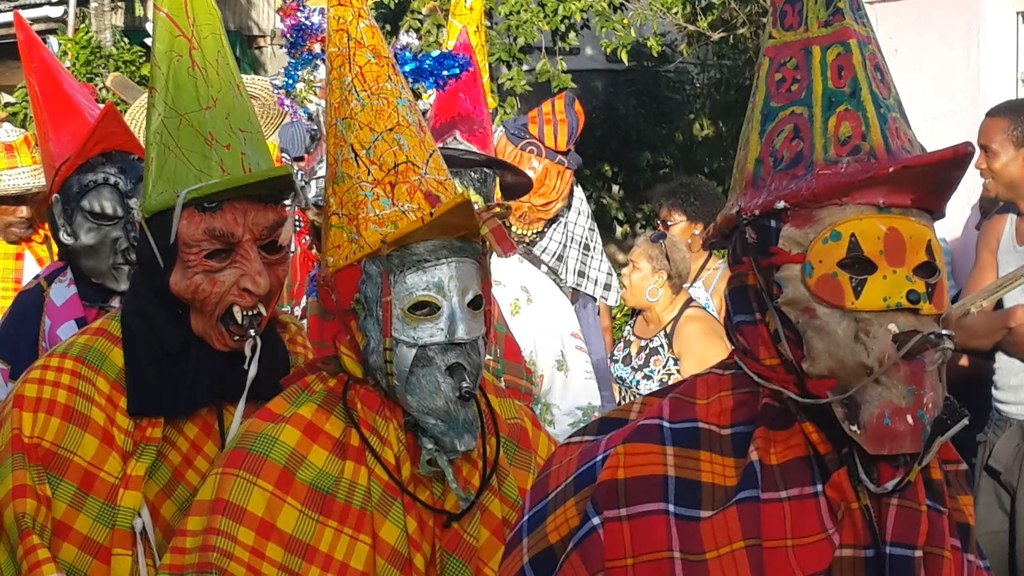 Ten-year-old Oseyi lives in Colihaut, a remote village in Dominica where an ancient carnival/masquerade art form called “Bann Mové” (Bad Band) is still practised. But Oseyi has a great fear of these masqueraders due to his mother’s constant repetition that “Bann Mové kill your father”. When, with his uncle’s insistence and his friend Tamika’s assistance, he forces himself into the costume, he discovers an astonishing truth about his mother, the actual circumstances surrounding his father’s death and his uncle’s role in it. With this new knowledge, he overcomes his fear, begins to understand his world and starts becoming a man. 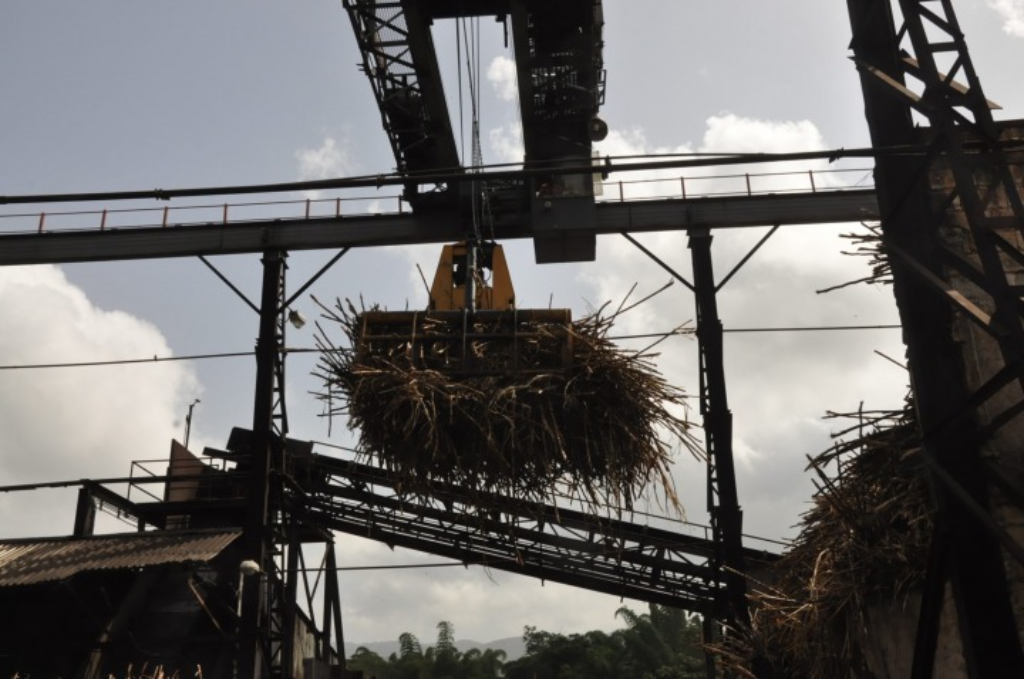 The story of “Sugar Cane” is an epic one which speaks of the struggle for society and a political economy capable of supporting sustainable profits and innovative production processes. “Sugar Cane: Recycling Sweetness and Power in Modern Jamaica”, was made to mark the impact of sugar on the society, politics and economy of Jamaica, from colonial rule to Independence. 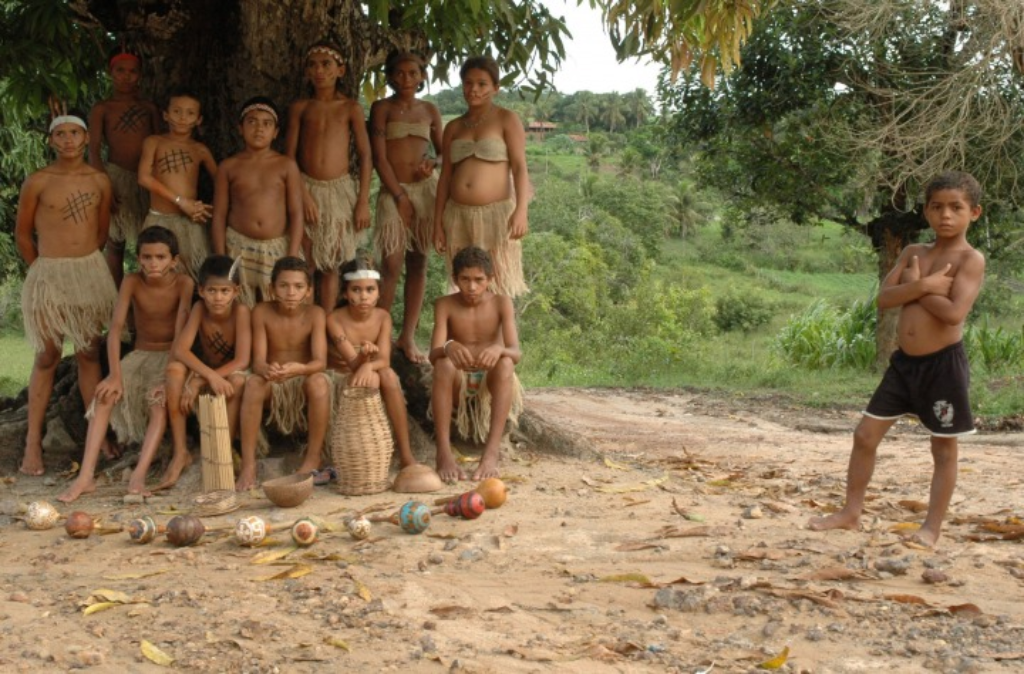 In 2007, twelve adolescents from Eleutério do Katu RN, Brazil, were photographed in recognition of their indigenous roots. Twelve years later the photographer returns to Katu in search of these protagonists, now adults, to know about their personal trajectories and their worldviews.

16. We Are All Migrants (United Kingdom) 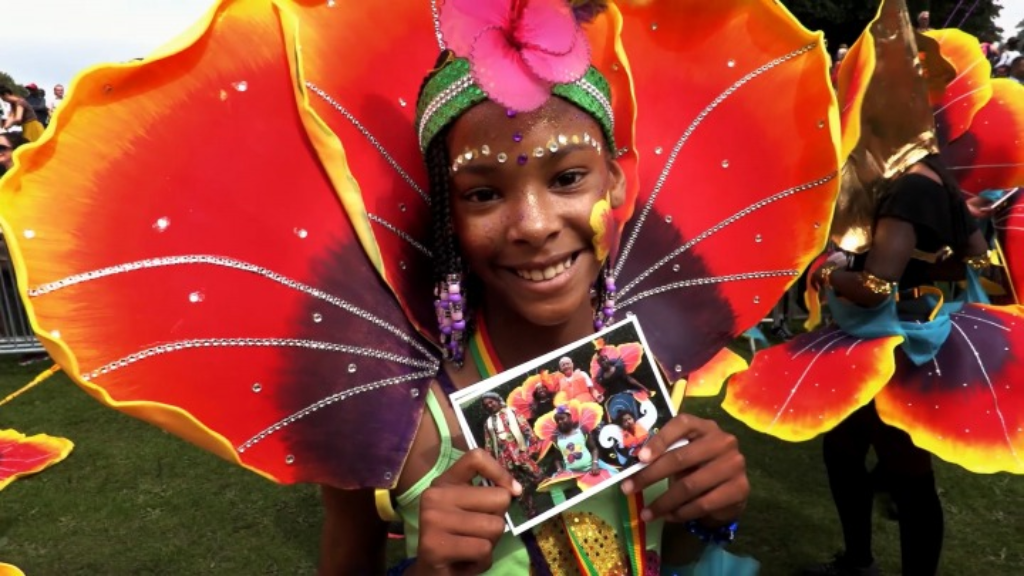 Some say carnival isn’t political, but for one troupe in Leeds, it’s a call to action. In 2017, Harrison Bundey Mama Dread’s Masqueraders declared proudly that we are all migrants, flooding the streets with a sea of colour. But beneath this vibrant city there lies a darker story of migration when, for one Nigerian man, the promise of new life in England turned into an untimely death. “We Are All Migrants” carries a message of remembrance and solidarity with all migrants who have suffered injustice in the world and celebrates the joy of diversity.

9 stars we are excited to see at Carifesta XIV

St Lucia to show the world its unique culture at CARIFESTA