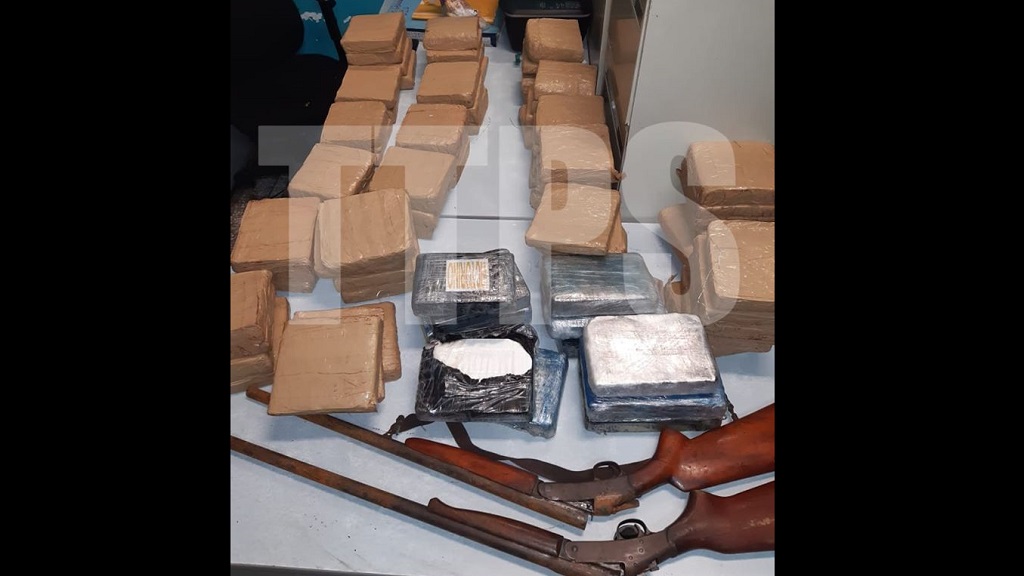 Police arrested two men and seized over 12 kilograms of cocaine during a police exercise in Toco on Thursday.

According to a statement issued by the Trinidad and Tobago Police Service (TTPS) on Friday, the men were arrested and firearms, as well as large quantities of narcotics, were seized by officers of the Eastern Division during an Operation Strike Back II exercise conducted in the Toco district.

Officers under the supervision of Snr. Supt. (Ag.) Dominique, conducted a road exercise along the Toco Main Road between 5.00 pm and 8.00 pm, Thursday evening, during which they had cause to stop and search a silver Nissan X-Trail with two male occupants.

The search resulted in officers finding two shotguns along with four 12 gauge cartridges.