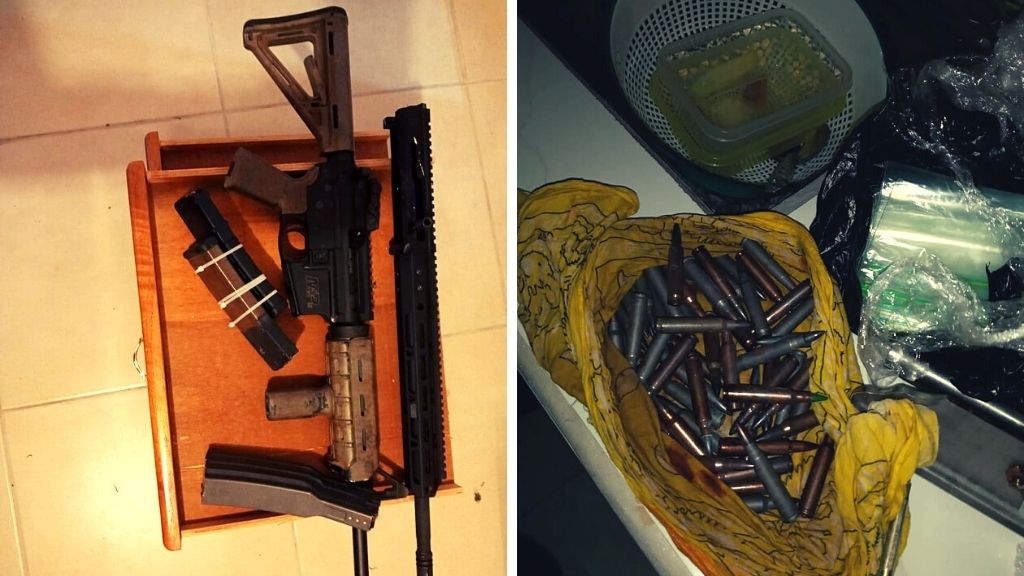 Police said two men were arrested and a high-powered rifle seized, among other items, during a police exercise earlier this week.

In a statement issued Wednesday, the Trinidad and Tobago Police Service (TTPS) said a quantity of firearms and ammunition seized during an anti-crime exercise conducted around 5.10 am Wednesday (September 2) in the Central Division.

Acting on intelligence gathered, members of the Central Division Anti-gang Unit executed a search warrant for firearms and ammunition at an apartment located at Lutchman Gardens, Cunupia.