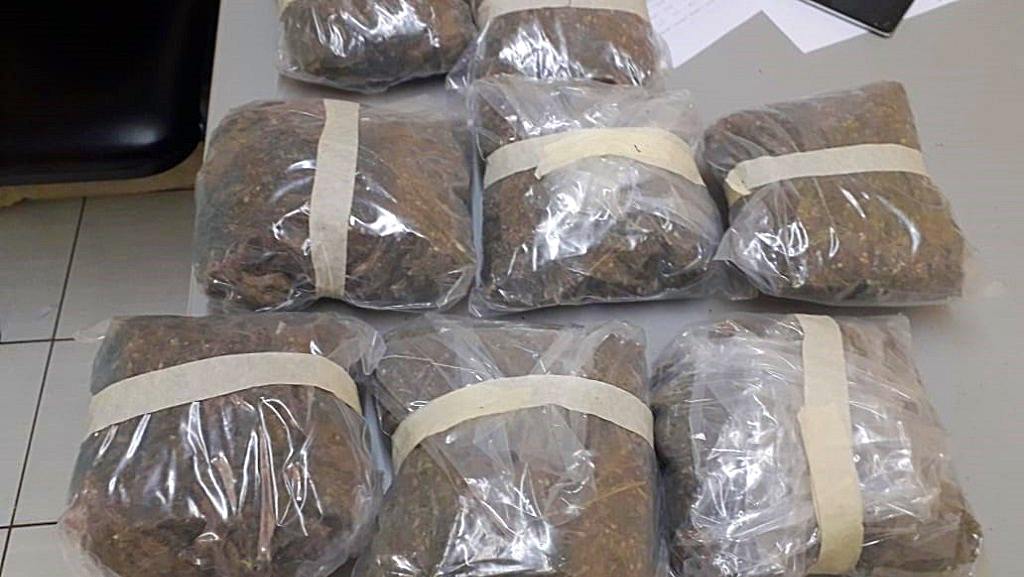 Two men were scheduled to appear before a Port of Spain Magistrate this week after they were held with an estimated two kilogrammes of marijuana.

The two men, aged 24 and 32, are from Biche and were arrested around 10:00 pm on Wednesday at the Central Market in Port of Spain.

LoopTT was told that officers of the Port of Spain City Police, including Sgt McShine, Cpl John, PC St John and PC Harrinanan, received intelligence that drugs were being brought into the market.

As a result, they set up an operation on the compound.

During this operation, the officers had cause to stop and search a Nissan AD wagon with the two men. The vehicle was searched and the drugs were found in the trunk of the car.

As a result, the two were arrested and taken into custody.