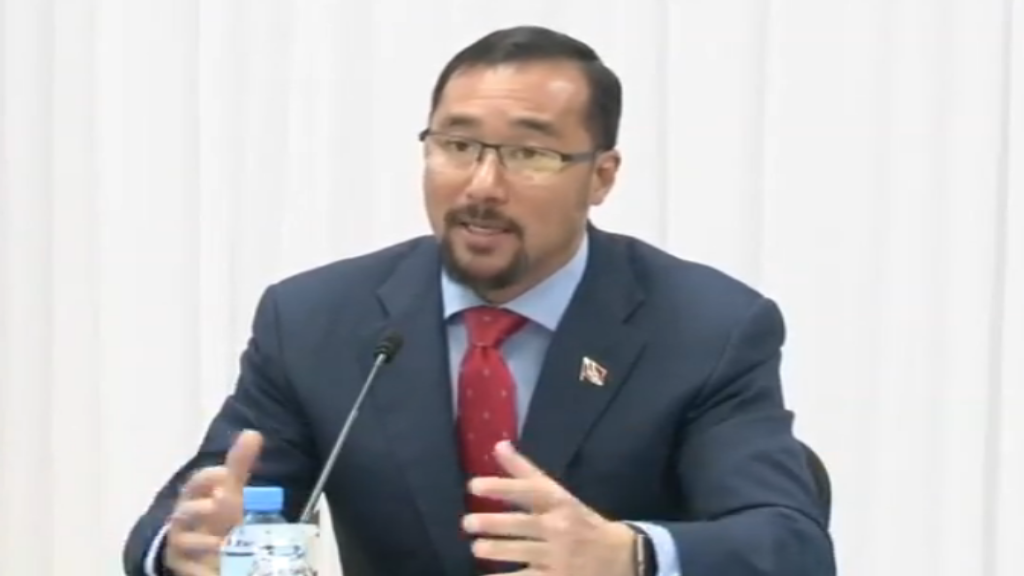 National Security Minister Stuart Young speaks at a media conference on March 6, 2019, to update the public on Carnival 2019.

This year's Carnival saw the lowest recorded number of serious reported crimes in the past five years.

At a conference on Wednesday, National Security Minister Stuart Young said only 12 instances were reported this year as opposed to the 21 reported during 2018 festivities. In 2014, 46 such incidents were registered -  the highest number of incidents reported in the five-year period.

Young commended all arms of the National Security apparatus for their efforts in making this year's Carnival a safe one.

He said that from all reports received things flowed smoothly.

The Minister acknowledged, however, that there will always be minor incidents which he said is not unusual as this is the case even in larger countries.

He also thanked citizens for their cooperation in following the instructions by police during the Carnival period.

Police Commissioner Gary Griffith, who was also at the conference, commended officers for their excellent turnout for Carnival duty.

Griffith said it was the highest attendance in recent time, noting a 97 to 98 percent attendance. This percentage, he said, could increase as officers on sick leave and other types of leave are factored in.

He said the officers rose to the occasion.

Meanwhile, Acting Assistant Commissioner Deodat Dulalchan said despite there being a phenomenal number of people on the streets during celebrations over the two-day period even during the early morning hours, police officers made inroads in having revellers leave Port-of-Spain quickly.

Gary scolds officer for failing to report for Carnival duty

Officers seen praying together before carrying out Carnival duties