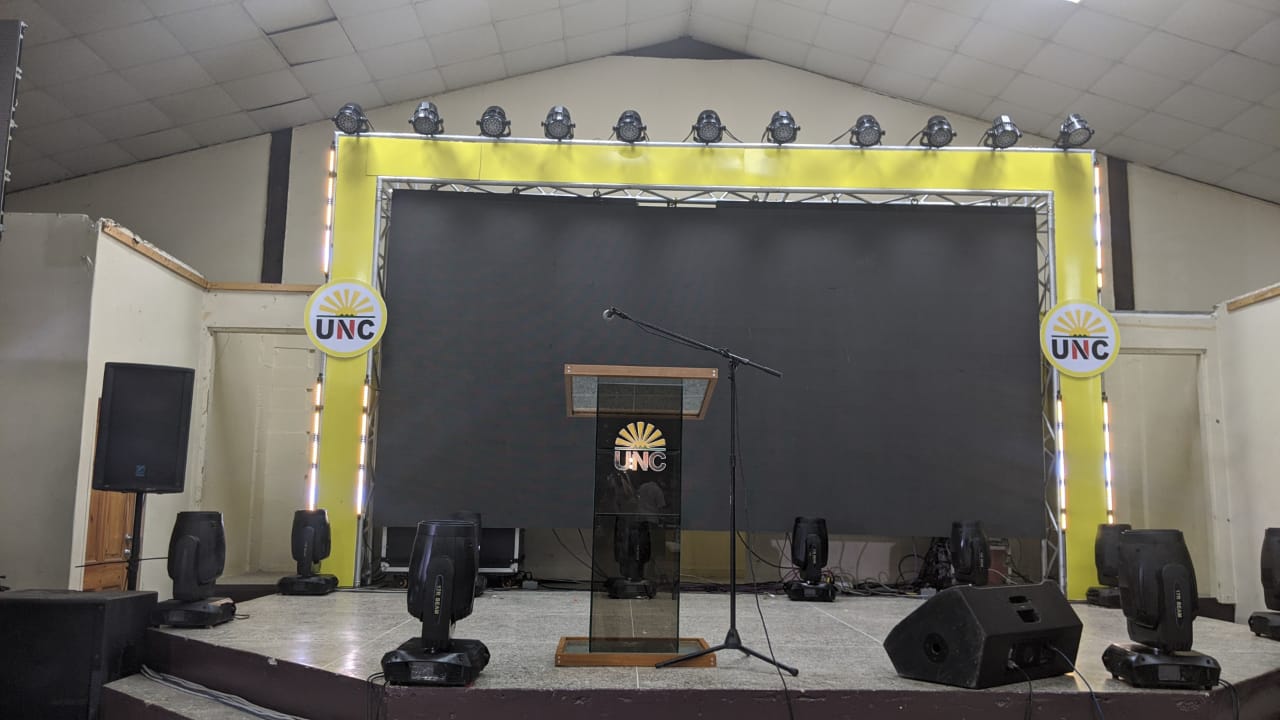 Lights out: An empty stage at Couva South Hall. No one addressed the crowd following the UNC's loss at the 2020 General Election. (Photo: Nneka Parsanlal)

Despite taking one seat away from the grasp of the People’s National Movement (PNM), the United National Congress (UNC) will return as the nation’s opposition

Prime Minister-elect, Dr Keith Rowley declared the PNM's victory in the 2020 General Election, shortly after 10pm in Port of Spain, while result announcements came to an abrupt stop in the UNC’s Couva South Hall.

As news of the PNM’s declaration spread throughout the Hall, an energetic announcer who was previously celebrating the UNC's expected win, calmly congratulated the PNM and pronounced that the UNC would form the next government in 2025.

The final result showed that the PNM retained 22 of its 23 seats, relinquishing Moruga/Tableland and leaving a 22-19 end.

The announcer did not reveal whether leader of the UNC Kamla Persad-Bissessar would be addressing her supporters but as equipment began to come down, it became evident that she would not be. She instead opted to give a statement from her constituency office in Spiaria.

Solemn supporters dispersed Couva South Hall shortly after the announcement of the PNM victory, with many expressing confusion at how the situation was handled. Some felt that electoral results should have been properly updated so that supporters would not be blindsided by the PNM’s victory announcement.

UNC supporters appear disheartened after the results of #ttelection2020 pic.twitter.com/n900PtAVEv

This loss could spell the possible end of Persad-Bissessar's tenure as political leader as whispers of a new leader surfaced even before the country went to the polls.

An eerie quiet has come over the Couva South Hall where the United National Congress executive and the party's supporters try to make sense of the People's National Movement's claim that the PNM has won the 2020 General Election. #TTElection2020 pic.twitter.com/FXIyyBu88F