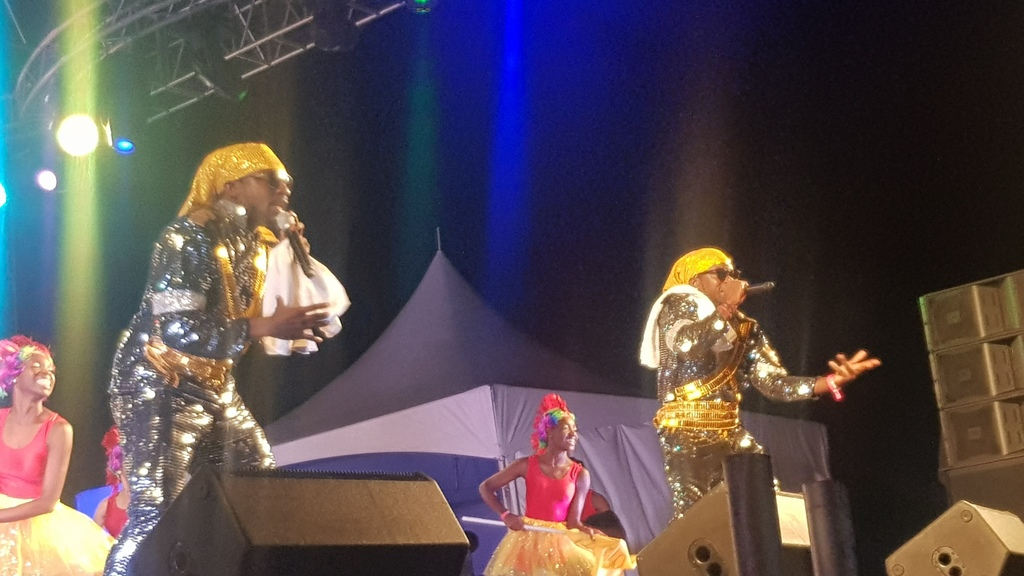 Grenadians Luni Spark and Electrify are in the finals of the ISM.

Iwer George, Problem Child, Lyrikal and Olatunji Yearwood are among the artistes who will be vying for the Power Soca title on Fantastic Friday.

They are among 11 people who will be seeking to dethrone Mr Killa at the finals of the International Soca Monarch competition.

In the Groovy Soca category, 11 singers, among them Grenada’s Skinny Banton, Barbados’ Lead Pipe and Ding Dong, made it to the final rounds to vie for the title which is currently held by Swappi.

The finalists were selected following Sunday’s semi-finals at the Arima Velodrome.

The semi-final round of the International Soca Monarch was a mixed bag of good and questionable performances with some technical problems and stage delays.

The show started ten minutes later than advertised around 4.10 pm with the Groovy Soca category.

There were 36 singers competing for a spot in the final and a chance to dethrone defending champion Swappi.

Among the standouts performing before a scant crowd at the Arima Velodrome were Asten Isaac, who injected much-needed energy into the show with his song ‘IOU’.

Teddyson John, in an all-yellow suit also did a credible job with ‘Crème de la Crème’ as did Preedy with ‘Yuh Bad’.

Ding Dong brought the picong to his performance waking up the crowd as he sang some jabs at his other competitors as he declared that he is the one to win the title.

The Caribbean acts held their own with Grenada’s ‘Teddy Rhymez’ giving a confident display with ‘Stink Behaviour’, his song featuring Machel Montano.  His countryman, Skinny Banton was also strong with his popular ‘Wrong Again’ as was the duo of Luni Spark and Electrify, also from Grenada.  Barbados' Leadpipe impressed with his performance of 'Sometimes'.

Some artistes pulled out all the stops, delivering a finals-worthy performance.

College Boy Jessie took no prisoners with his presentation for ‘Happy Song’ with numerous dancers and characters while Leonce, one of a handful of women in the competition, brought on the Mighty Trini who passed his captain’s hat to her in a symbolic gesture.

The Power category was not as strong as the Groovy with many of the performances falling flat.

Of the standouts, Quin-C, an unknown, woke up the crowd with his spirited performance of ‘Glory Days’, one of the many songs we heard for the first time that night due to the lack of airplay. Olatunji Yearwood, backed by dancers in white, used his gift of performance to bring his ‘Thankful’ song to life though he didn’t sing much of his verses.

Shal Marshall’s experience as a hype man worked for his ‘Bun Up’ song while Prophet Benjamin’s ‘Betty Cat’ left everyone in stitches.  Trinidad Ghost got a forward from the crowd when he freestyled some challenging words to the veterans in the competition such as Lyrikal, Iwer, Blaxx and Problem Child.

The Vincentians were a small but vocal presence in the crowd, cheering loudly when Problem Child performed ‘Nasty Up’, one of the bigger songs on the night. Lyrikal’s ‘Rukshun’ on the same riddim also got the dwindling crowd moving as did Iwer George’s ‘Stage Gone Bad’.

Below are the finalists selected for the International Soca Monarch finals.