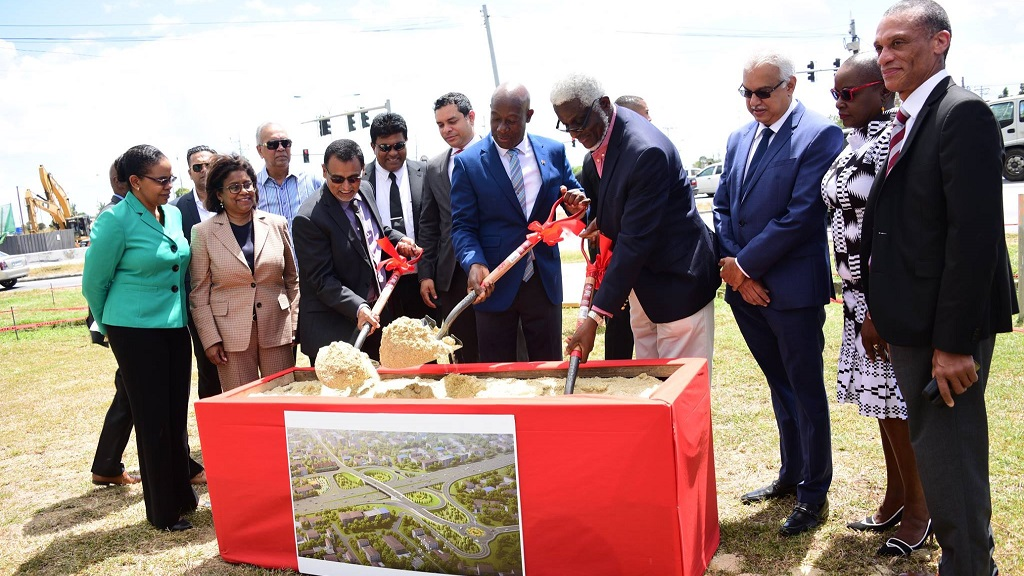 The Curepe Interchange project is expected to be completed by November at a cost of $221 million.

Prime Minister Dr Keith Rowley turned the sod for the project on Wednesday morning and toured the site along with Works and Transport Minister Rohan Sinanan and other members of Cabinet.

Delivering an address at the sod turning ceremony, Rowley said the country has saved between two and three hundred million dollars on the project which, under the previous government, was budgeted to cost upwards of $500 million.

The Prime Minister said he could not understand how the project was approved for over $500 million when the same project is costing this government less than half that amount.

"The question is where was that extra two or three hundred million going and who was getting that?”

Sinanan said not only was the project cost cut by the current government, but the country is actually getting more for less money.

He said the money that would have been spent to build the interchange under the previous government, can now be used to construct the Macoya Interchange which is next on the agenda.

"We are getting two for the price of one," he stated.

Sinanan said once the interchange is complete, morning delays at the Curepe intersection would decrease from an average of 11 minutes in 2012 to 19 seconds per vehicle in 2040.

Construction of interchanges is also planned for Piarco and Arima as Rowley said this will help to alleviate traffic congestion.

He said the interchanges are an alternative to the rapid rail system which was determined to be too costly to implement.

Rowley said a 2016 report from the Inter-American Development Bank (IDB) provided an assessment of what the rapid rail system would cost to establish and maintain and a decision was made that the country could not afford it at this time.

"It came at time when this country’s ability to fund such a project was significantly reduced."

Sinanan and Rowley noted that the Curepe Interchange project has been plagued with issues where land acquisition was concerned.

They however assured that property owners would be compensated fairly.

Curepe residents to be evicted, had 'ample time', Ministry says