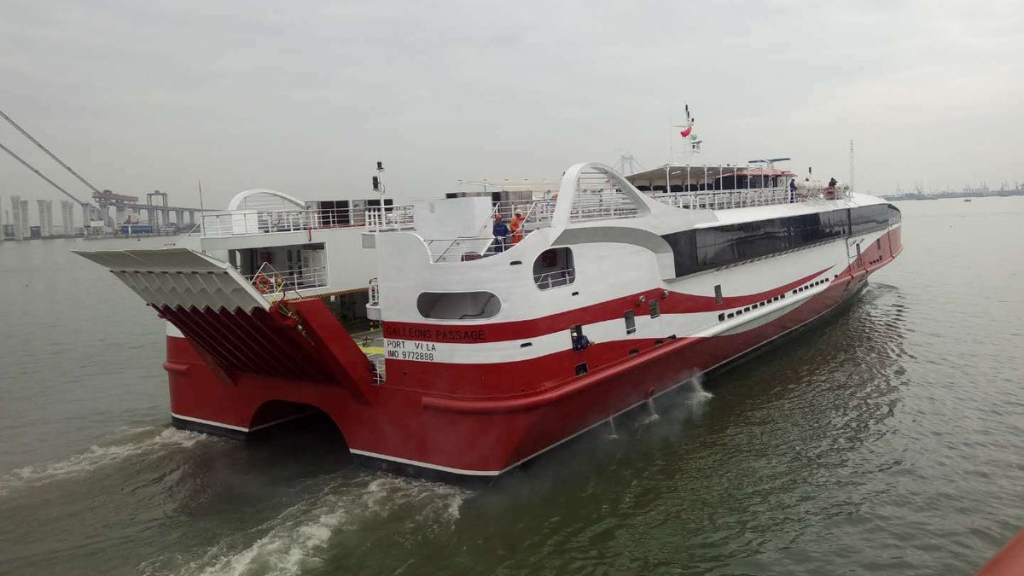 While the Galleons Passage continues its journey to T&T where it will service the inter-island sea bridge, the vessel is due to make a stop in Cuba, where it will undergo a series of ‘improvements’ to the tune of $2.3 million.

Responding to questions in the Parliament on Friday, Prime Minister Dr Keith Rowley said a number of upgrades were identified on purchase of the vessel and slammed what he described as inaccurate information coming from the Opposition that there were any repairs to be made to the vessel.

“My colleagues on the other side continue to generate misinformation and spread fake news and this is part of it. We are not aware that the vessel is scheduled to undergo any repairs, none whatsoever, at this point in time.”

“What is happening is that as new owner, we are making some minor upgrades and improvements, and they are a canopy, a vehicle deck, a full canopy over the sun deck, and we are installing additional female washroom on the sun deck and remodeling some rails in the passenger area.”

“These are not repairs, these are improvements for the comfort of the people of Trinidad and Tobago who will be using this vessel on a very regular basis,” the Prime Minister said.

He explained that the vessel was purchased as is, where is, and as part of the conditions of that acquisition there were certain responsibilities to be upheld by the seller, and as well by the Government as the new owner.

“There were some items identified for improvement by us, the prospective owners and there was the agreement between the seller and the buyer as to who will cover the cost of A or B or C or D and there was a package of things to be done by the seller and that is still so; a package to be done by the new owner and that is still so.”

Questioned further on the reason for the vessel’s upgrades being done in Cuba and not locally, Rowley said the seller has a relationship with the Santiago Shipyard, Cuba where the additions will be made. He added that it was their responsibility to do complete those works and, therefore, it was for them to determine where to do them.

Pressed for clarification on why the vessel was purchased when it did not meet the requisite specifications, the Prime Minister reminded the Opposition that the Government was originally searching for a vessel for lease and not for sale.

“There is no question of having a vessel that didn’t meet out specifications. This is just misinformation, confusion, fake news,” Rowley countered.