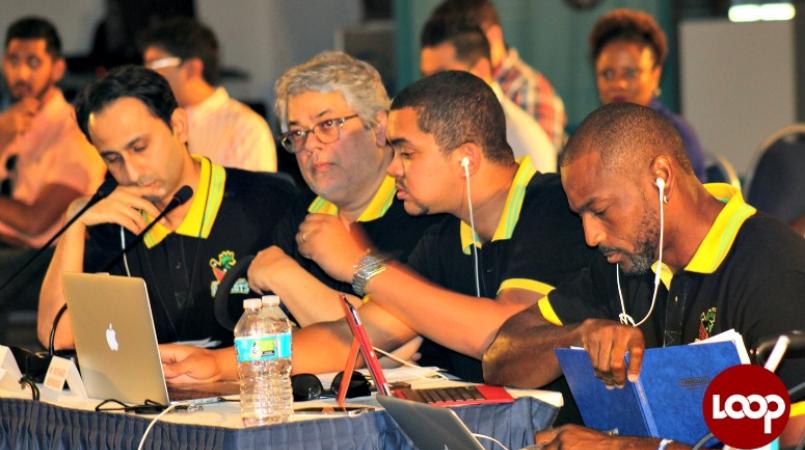 The Caribbean Premier League Player Draft is slated for Friday, March 10 at the Lone Star Restaurant on the famed West Coast of Barbados.

This, according to CPL CEO Damien O’Donohoe, is all part of the league’s efforts to showcase the region to its best advantage and set the tone for when the ‘biggest party in sport’ comes to town.

Speaking to Loop News on Thursday, O’Donohoe said, “We’ll be streaming this live around the world so it’s best that we showcase Barbados as best we can.”

Noting that the CPL wants to really play up the party element of their brand, he noted that they would be meeting with festival organisers to see how they can maximise this at the cricket grounds and in each of the host countries during the tournament which runs from June 30 to August 7, 2017.

He asserted, “We want the CPL to stand out as the biggest party in sport worldwide and we want to build our reputation around that – I think we’ve done so to a certain extent but I think there’s huge room for improvement and we’re really keen to do that.”

On the subject of the cricket itself, O’Donohoe is confident that the CPL offers a quality of cricketing lineup second only to the “moneyed power” of the Indian Premier League.

“We’ve put together a raft of first-class local and international players. A lot of the team owners are able to retain most of their players from last year. I think it’s going to be a very exciting draft on a number of levels and we’ve already seen some big moves with the likes of [Jamaica Tallawahs] Chris Gayle going to St Kitts [Patriots] so hopefully there might be a few more.”

It has also already been confirmed that Dwayne Smith has been transferred from the Guyana Amazon Warriors to the Barbados Tridents.

O’Donohoe added, “Obviously the Tridents were missing a number of local players that I think the Bajans would liked to have seen but I think the owner has gone back to the drawing board on that and I think you’re going to see a very strong Bajan influence with the Tridents this season.”

Some 258 players are expected to be up for grabs for the management of the six franchise teams – Jamaica Tallawahs, Barbados Tridents, Trinidad & Tobago Red Steel, St. Kitts and Nevis Patriots and the Guyana Amazon Warriors.

Highlighting the quality of players in the CPL draft, O’Donohoe pointed to how the tournament has benefited Caribbean players over the years.

He mentioned Daren Bravo, Nicholas Pooran and Carlos Brathwaite as some of the young players whose exposure on the CPL pitch has led to them getting noticed for bigger and more lucrative tournaments, such as the Indian Premier League.

“The CPL has done a lot in giving players a platform on which to make their names and really get noticed on the international T20 scene. The other factor is for these local players to be rubbing shoulders with some of the biggest names in cricket and seeing what it takes to make it to the top of the game.”

Pointing to the domination of West Indian players in the ICC T20 World Championships in 2016, O’Donohoe added, “I think the CPL, in the four short years that it’s had, has played a big role across the board in Caribbean cricket.”

The list does not include players who have been retained by their franchises, who along with the marquee players, will be announced at the Player Draft on March 10.