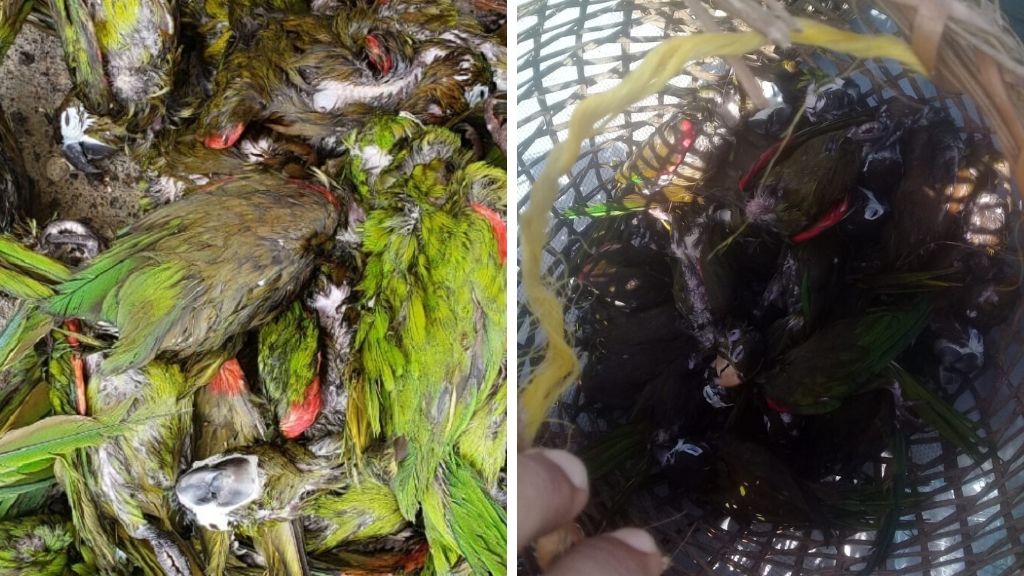 47 parrots were killed after theyr were thrown overboard by smugglers. Three people were expected to be charged for the crime.

Three men are to be questioned and charged after they were detained in the Gulf of Paria, off Cedros, attempting to bring in 47 birds.

The animals include macaws, orange-winged parrots, and caciques.

All 47 birds, however, drowned, when the men threw the animals overboard on seeing the Coast guard vessel.

According to police reports, around 6.30 am Tuesday, Coast Guard officers were on patrol in the waters of the Gulf when they observed a pirogue.

The occupants of the vessel appeared to be throwing baskets and boxes overboard. The officers responded and intercepted the pirogue, following which they fished out the baskets from the waters.

The vessel was searched however, nothing illegal was found. The three men were detained and officials from the Forestry Division were notified.

It was suspected that the three men, who are all from the Cedros community, were attempting to smuggle the birds into the country to be sold on the black market at a later date.

Police said that since the three men came from the South American mainland, suspected to be Venezuela, they were to be tested for COVID-19, before any further charges could be laid against them.

Three men were held by the Trinidad and Tobago Coast Guard (TTCG) after they were allegedly seen throwing wild animals overboard while at sea near Trinidad's southwest coast.

According to a reliable source, Trinidad and Tobago Coast Guard officers were on patrol near Trinidad's southwest coast when they observed a pirogue with three men, who appeared to be throwing things into the water. 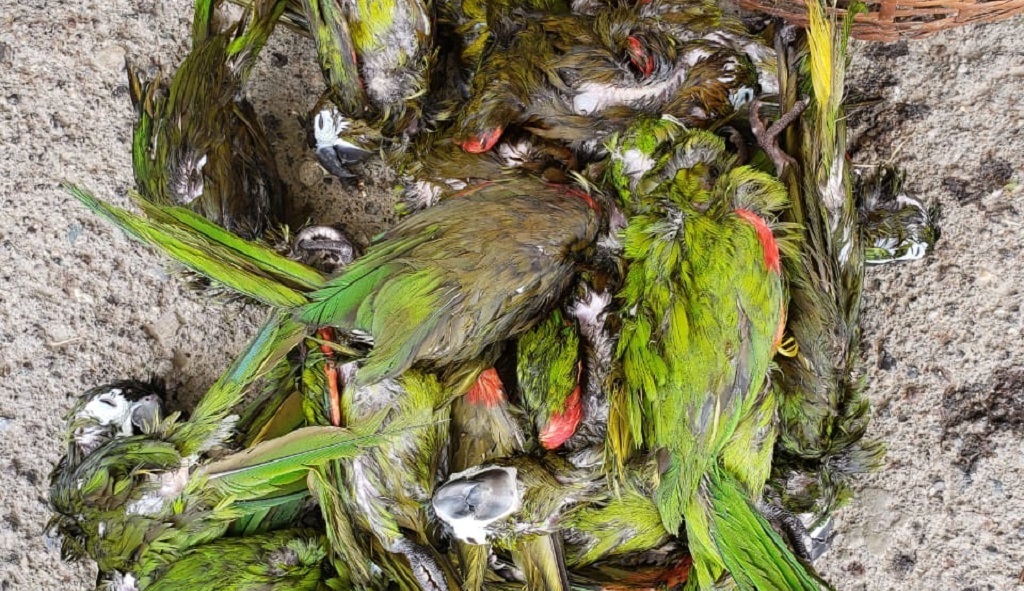 They approached the vessel and realised that the men were tossing live animals overboard to drown.

The officers apprehended the men and retrieved the items from the water, however, most of the animals had died.

Photos shared with Loop News showed small mounds of dead parrots, small birds and other wildlife, which had been cruelly drowned. 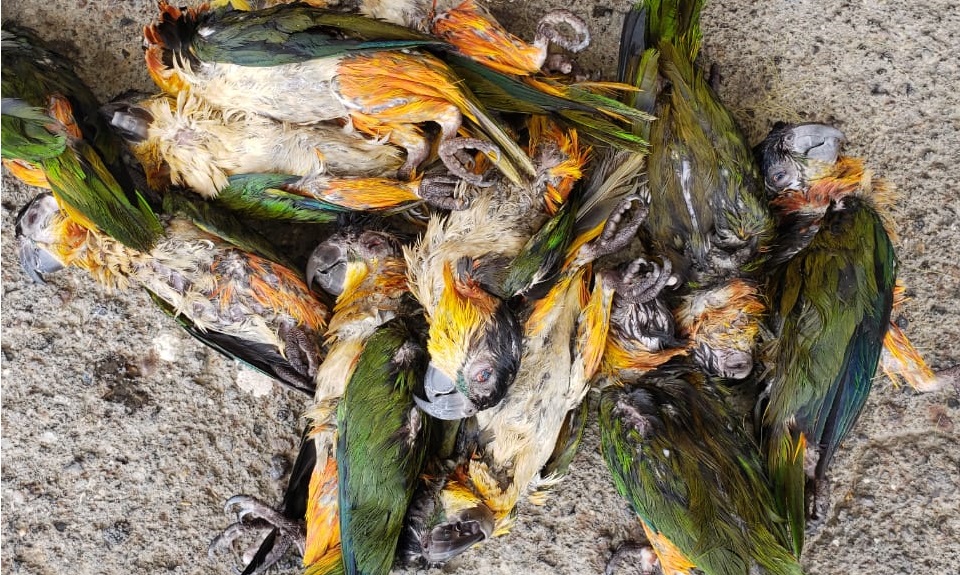 Loop News was told that the remaining animals were brought to the Cedros Base and handed over to game wardens. Charges against the men were expected to be laid later this week.

Minister of Agriculture, Land and Fisheries, Clarence Rambharat, said the heinous act will be pursued to the full extent of the law.

“It again highlights the extent of the trafficking fueled by demand locally for illegal and potentially diseased laden animals. Unfortunately, in this case the three persons dumped the birds leading to a complete loss. In prosecuting the matter I have asked our Game Wardens to highlight the callous way in which this illegal trade is conducted.”

Loop News was told that the illegal wildlife trade has long been in existence due to the demand by Trinidadians for singing birds as well as exotic pets such as macaws and parrots.

The source, who preferred to remain anonymous, said some birds could fetch as much as $5,000 if they were songbirds, hence the continued poaching and illegal sale of these animals.

What Trinidadians don't know, however, is the inhumane treatment the animals are made to undergo in order to be sold here.

"With baby macaws, the only way to get them is to cut the tree down or climb the tree and take them away from the parents. For a baby monkey, poachers have to kill the mother, because she will protect her babies with her life."

"Also, the process of transporting them is terrible, under very inhumane conditions. Then these poachers have to wait for a trader from Trinidad. During this time they are underfed and badly kept, and then while transporting them, traders try to conceal them and keep them in any way possible, and in many cases the animals die before they can even reach Trinidad.

Loop News was told that this thriving illegal trade continues, and on a few occasions, such as in this instance, Coast Guard officers were able to catch the perpetrators in the act.

The public is being urged not to support this illegal wildlife trade.

"We need to stop the demand, people need to become aware of the importance of our wildlife and the fact that when they buy these exotic animals, the method that goes towards getting those animals from their habitats to their houses is a very cruel process."

"They think it's cute and adorable, but they don’t know what happens for example when a baby monkey (an animal which is in demand) becomes mature, it becomes very aggressive, and that's when people don't want them anymore."

Anyone with information on the illegal capture or sale of wildlife is urged to contact the Trinidad and Tobago Police Service on 555, 999 or 800-TIPS, or the Wildlife Section at the Forestry Division on 662-5114 or 645-4288.