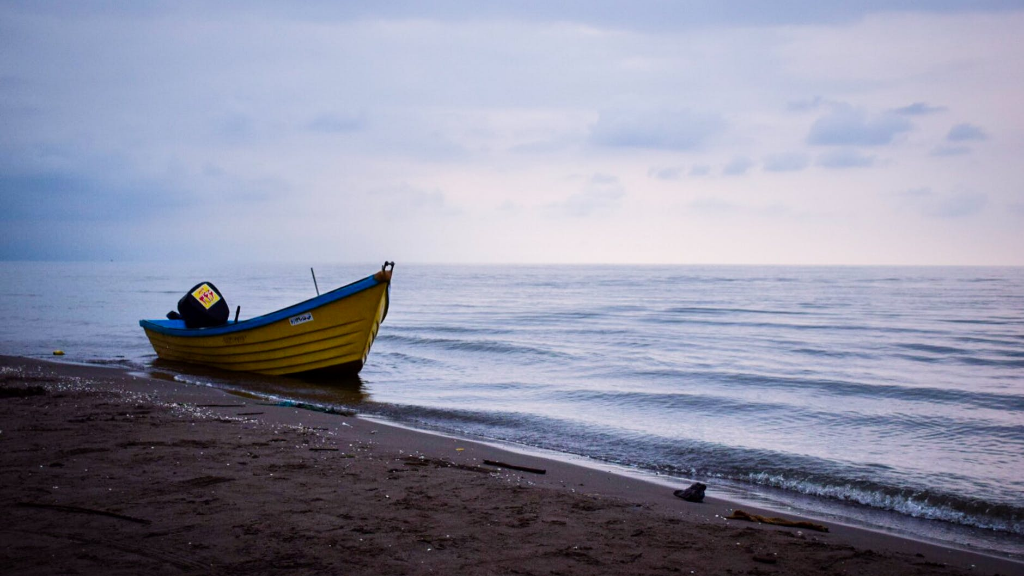 Cedros Councillor Shankar Teelucksingh told LoopTT that the vessels came in between 11:00 pm and 4:00 am on Thursday morning.

Reports were made to the police however by the time the authorities arrived the groups had fled into nearby abandoned coconut estates such as the Columbia and Le Vege estates.

Teelucksingh said once people escaped into those areas it would be difficult to find them.

He said that he warned government authorities that the situation would worsen but his calls for aid were ignored.

“If you look at some of my past statements I called for a proper programme and recommendations to manage this whole situation so we would not reach to this state. Just recently they shut down the port for legal passengers, I made the call to reopen the port to let them operate. That way we have a record of persons arriving and they would be able to locate them."

Teelucksingh said many of the legitimate arrivals also conducted business within the Cedros area to help sustain the internal economy there.

He said he has been calling for the establishment of a refugee camp to assist Venezuelans who continue to arrive, fleeing their homeland and seeking a better life.

“I have been calling from day one for the government to allow international agencies to set up refugee camps. However, the Minister of National Security had previously said this is not a crisis. I want to ask him now if this is not a crisis," Teelucksingh said.

The new arrivals come after police detained and then released approximately 100 Venezuelan refugees, including women and children, who were found in a house in Palo Seco on Wednesday.

(Video: Approximately 100 men, women and children were found in a house in Palo Seco earlier this week. They were released upon filing Orders of Supervision, however they have nowhere to stay. Up to May 23, 2019, they were staying at Irwin Park in Siparia, courtesy the Siparia Regional Corporation.)

Siparia Regional Corporation Chairman, Dr Glen Ramadarsingh, said the Corporation simply does not have enough funds to support these refugees.

Ramadharsingh said the Corporation has allowed the refugees to stay at Irwin Park after hungry women and children were seen on the streets of Siparia with nowhere to go.

Ramadharsingh said the sight was pitiful.

"Yesterday afternoon just after 5:00 pm I started to receive calls...at first it was just the men being released and the natural perception was that they would have had a place to stay. But then after the women were released, it became clear that they had nowhere to go."

"They were taking their children to corners on the street and just sitting there...they seemed to be in a state of panic and anxiety."

Ramadharsingh said he searched around for agencies who could assist but found no one.

"I started to search around for an agency and it became clear this was none," he said.

He said a programme and task force dedicated to refugee relief must be set up to assist.

"A multi-agency task force is needed to treat with this, they are fleeing from a place of horror and are in fear of losing their lives. They are hearing the promise of work and a place to live because this government is sending mixed signals, they are saying registration, amnesty and that kind of thing."

"We need to have a proper policy framework and an action-oriented approach...local government does not have proper resources, we don’t have the funding to deal with something on this scale," he said.

He said many groups have since reached out to assist and said people overseas have been contacting them to lend assistance.

He also thanked the churches for lending assistance and other groups who have since reached out to provide food and other supplies.

He said he knows nothing about the US$1.6 million sent by USAID to assist with relief efforts for Venezuelans in Trinidad.

"We don’t have any clue or idea about that, we don’t get any of that funding. We need to do a lot to treat with this," he said.

Teelucksingh: Hatred toward refugees is rising

Teelucksingh said that there have been anti-Venezuelan sentiments and said the hatred is rising.

"People are showing hate and violence because they see them as a threat to their social security and freedoms. Just recently I had three women in my office because their husbands took Venezuelan women, the social aspect is being threatened because the situation is vulnerable."

"If we don’t deal with it it will just get worse, this is what the government is encouraging. This is madness."

"The Minister of Finance might just get what he wants because there may be riots if this continues. How are we going to deal with this social impact? There must be a programme and proper systems in place."

He urged people, however, to have a heart, especially with regard to children.

"My heart goes out to these families...I witnessed that the first thing a mother asked for was baby formula because she didn’t have breast milk to feed her baby. I gave the formula to her, I told the authorities to charge me if they have to, because they were not allowing anyone to give them things," he said.

“At the end of the day they are human beings that are looking for basic amenities for survival and I would advise people to have more compassion, I commend the Catholic church, which has opened their doors to help them, and I want to encourage others to come together to do the same."

"But at the same time it cannot be a full dependency in terms of the process, our government must act in the best interest of the people in Trinidad and Tobago."

"There is a document asking for the Red Cross to set up a refugee camp in Cedros, but nothing has been done. They are not dealing with the situation," he said.