3 Trinidadians held by US immigration officials in New York 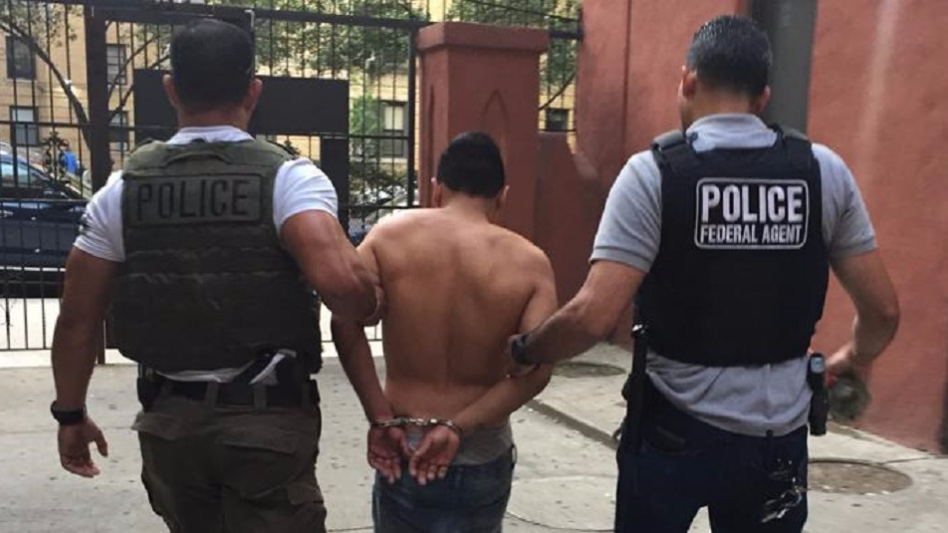 (Photo: US Immigration and Customs Enforcement)

According to a statement from ICE, a total of 114 foreign nationals were arrested in the exercise which targetted at-large criminal aliens, illegal re-entrants, and immigration fugitives.

82 of those arrested have criminal histories including prior convictions for sex crimes, drug offences, and fraud.

15 have pending criminal charges including assault, larceny and sexual exploitation of a minor. 37 individuals have final orders of removal. Nine of those arrested were released from local custody on an active detainer.

Others taken into custody during the operation included:

- A Jamaican national arrested in Queens, NY with a prior conviction of forcible touching, robbery in the 1st degree, and act in manner to injure a child less than 17

The operation, conducted by ICE Enforcement and Removal Operations (ERO), targeted criminal aliens who pose a public safety threat and individuals who have violated US immigration laws, including those who re-entered the country after being deported and immigration fugitives ordered removed by federal immigration judges.

“Our nation has a proud history of immigration, but we are also a nation governed by laws specifically designed to protect its citizens and residents. ERO deportation officers are committed to enforcing the immigration laws set forth by our legislators,” said Thomas Decker, field office director for ERO New York.

“Of those arrested during this operation, nine were released from New York custody with an active detainer, which poses an increased risk to the officers and the community. Regardless of politics, ICE will be diligent in its responsibility to find those who come to the United States to prey upon our communities and ultimately return them to their home countries," he said.

According to the report, 11 of the individuals arrested during the enforcement action will be presented for federal prosecution for re-entry after deportation, a felony punishable by up to 20 years in prison.

Queens and Manhattan accounted for the largest number of arrests during the operation, but ERO personnel conducted enforcement actions in a total of 12 communities.