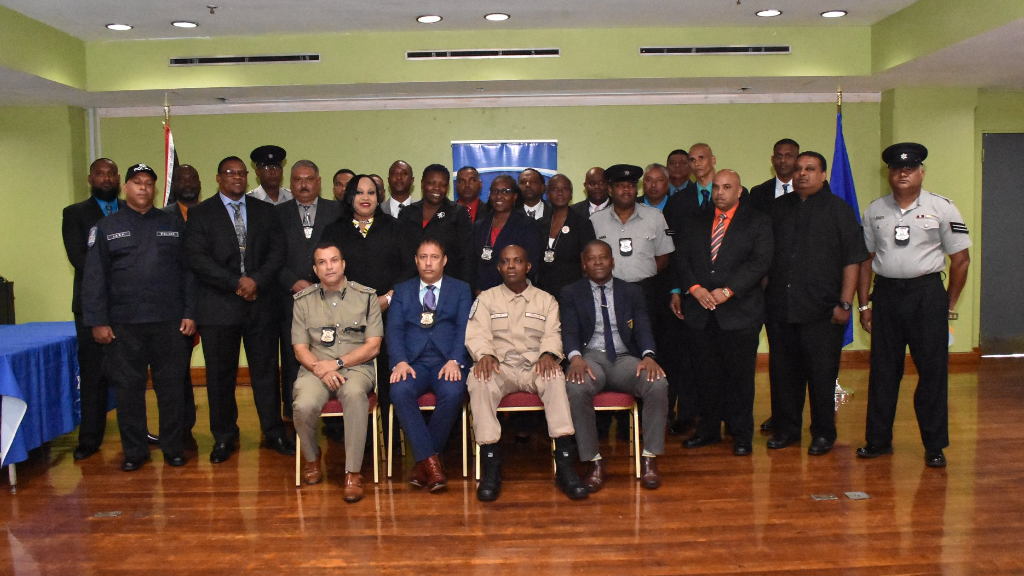 34 members of the Trinidad and Tobago Police Service (TTPS) have an extra reason to celebrate this Christmas. They will all ring in Christmas Day with new ranks in the service.

Commissioner pf Police, Gary Griffith congratulated the officers, stating that these promotions were not Christmas gifts, but were earned by the officers through their consistent hard work and stellar performances.

Griffith encouraged the officers to not be discouraged by the current murder rate despite their hard work.

He further implored the officers to refrain from turning a blind eye to wrongdoing and rogue elements operating within the Police Service. Griffith said, “respect is earned not worn and all officers must strive to maintain a value system which reflects the vision the mission of the Police Service.”

Inspector Gideon Rayon Dickson, President of the Trinidad and Tobago Police Service Social and Welfare Association, congratulated the officers, encouraging them to continue to effect positive change within the TTPS from their new ranks.