35 artistes unite in song to promote peace in T&T 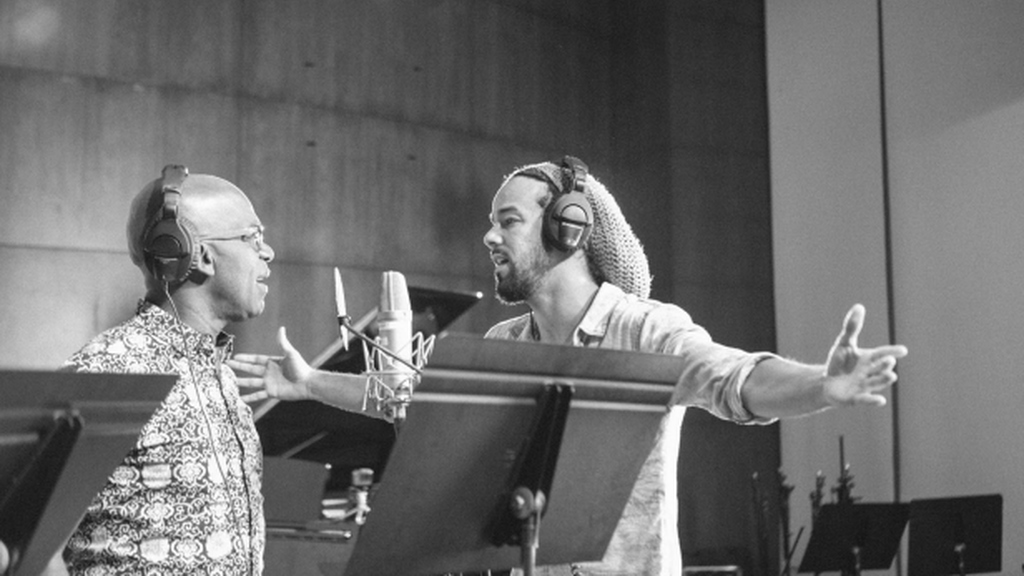 Kees and former calypsonian Tambu are part of the #NoGreaterTime campaign launching on Independence Day. Photo by Kibwe Braithwaite

Young and veteran entertainers have united in song in a project designed to create a more peaceful Trinidad and Tobago.

"There is no greater time to be invested in a better future for our country. With an increase in cultural instability and a rise in criminal activity in Trinidad and Tobago, it has become necessary to develop strategies that trigger a feeling of urgency towards civic responsibility. The #NoGreaterTime campaign aims to ignite this in the collective conscience of the Trinbagonian people, with the hope of inspiring people to recognise that now is the time to get involved and to take action," a release on the project explains.

"Having started as a collaborative music project, #NoGreaterTime has quickly morphed into a purposeful and important step in creating a cultural shift. Inspired by the 1986 calypso classic, “Now Is The Time”, the Trinbagonian response to “We Are the World”, #NoGreaterTime will use music to both deliver a necessary message and to unite people across the country. With the aim of this project being to rally our citizens to collectively create a more peaceful, prosperous and unified Trinbagonian society, it is our hope that sustained action under the #NoGreaterTime banner will act as a positive force for change."

#NoGreaterTime is being done in collaboration with the Together WI Foundation, a creative solutions agency based in Trinidad and Tobago, dedicated to making a difference in our society by developing campaigns and products using design thinking, marketing strategy and innovation.

Launched in February 2017, Together WI produced the Leave Me Alone/Leave She Alone campaign inspired by Calypso Rose’s seminal hit of the same name, to raise awareness about sexual harassment and gender based violence in the Caribbean.

Together WI has also partnered with the Bocas Lit Fest to host the first ever live feed event from inside the Port-of-Spain Prison.

The Together WI Foundation comprises a team of creative professionals, research and strategy experts and international relations practitioners.

"The collective was born from the belief that we each play a role in the future of our country, our region and the world in which we live. Together WI is honoured to contribute to the #NoGreaterTime campaign in collaboration with the core team responsible for this powerful project: Kees Dieffenthaller of Kes The Band, Muhammad Muwakil and Lou Lyons of Freetown Collective, singer/songwriter, Darryl Gervais, producers Neel Dwala and Sheriff Mumbles, filmmaker/director Oliver Milne and project producer, Anya Ayoung-Chee," the release says.

The Lounge: Turner, the voice behind "She Bad"

Have you seen Kees' new look?