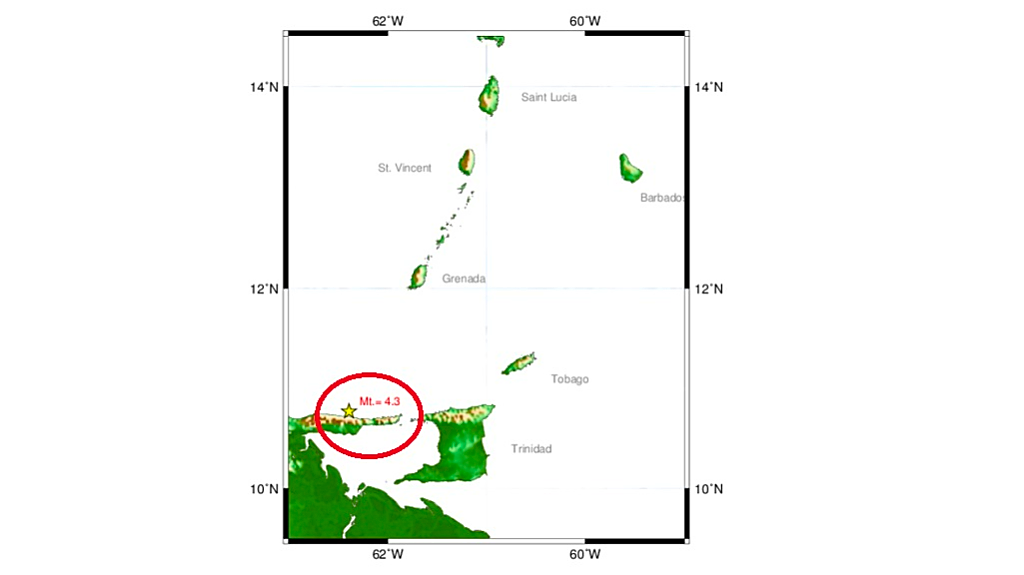 The University of the West Indies (UWI) Seismic Research Centre said a 4.3 earthquake was recorded just west of Trinidad and Tobago around 1.57 am Tuesday morning.

The UWI Seismic Research Centre initially reported that the incident took place around 9.57 am, however this was corrected to 1.57 am.

"On October 1st at 1:57am local time, an earthquake occurred west of Trinidad and Tobago. It was located at 10.77°N and 62.39°W with a magnitude of 4.3 and depth of 67km. This event has been reviewed by a Seismologist," the Centre said.

Experts are also monitoring activity at the Piparo mud volcano in South Trinidad, after the feature began showing signs of activity including cracks in a nearby road and emissions of gas and mud. 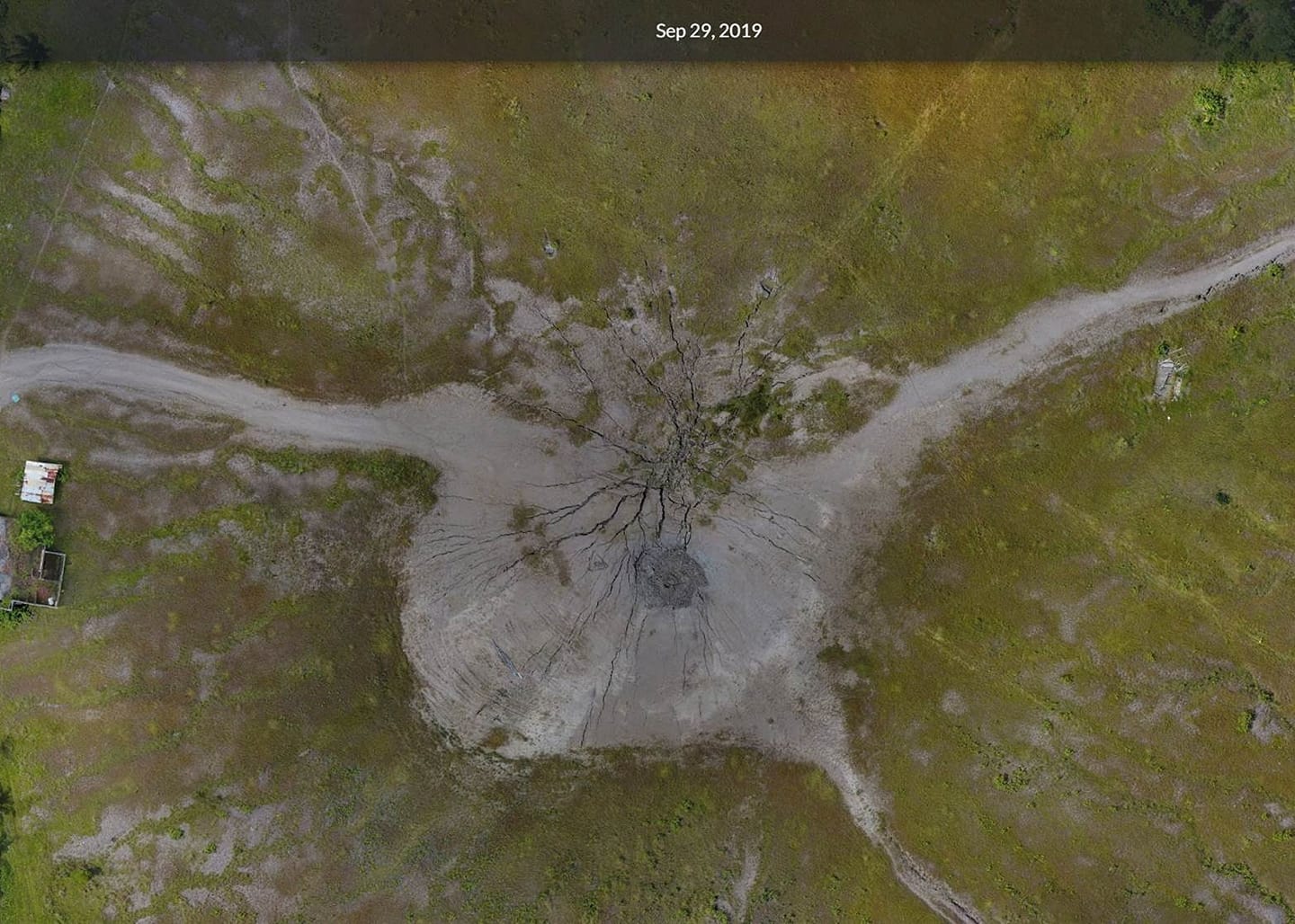 According to an update from the AAPG Young Professionals Trinidad and Tobago Chapter, drone imagery taken on September 29 shows that more fractures formed near the vent.

“Subsidence continues at Piparo Mud Volcano. The drone imagery on 29th September 2019 shows more fractures have formed near the vent. All fractures are widening. The area has now undergone subsidence in the order of 3.4ft since 22nd September,” the group said.

Editor's note: This article has been corrected to state the time of the event as 1.57 am. The time was initially stated as 9.57 am due to an error on the UWI Seismic Research Centre's website.

Rumours of destruction due to Tobago earthquake deemed 'fake news'