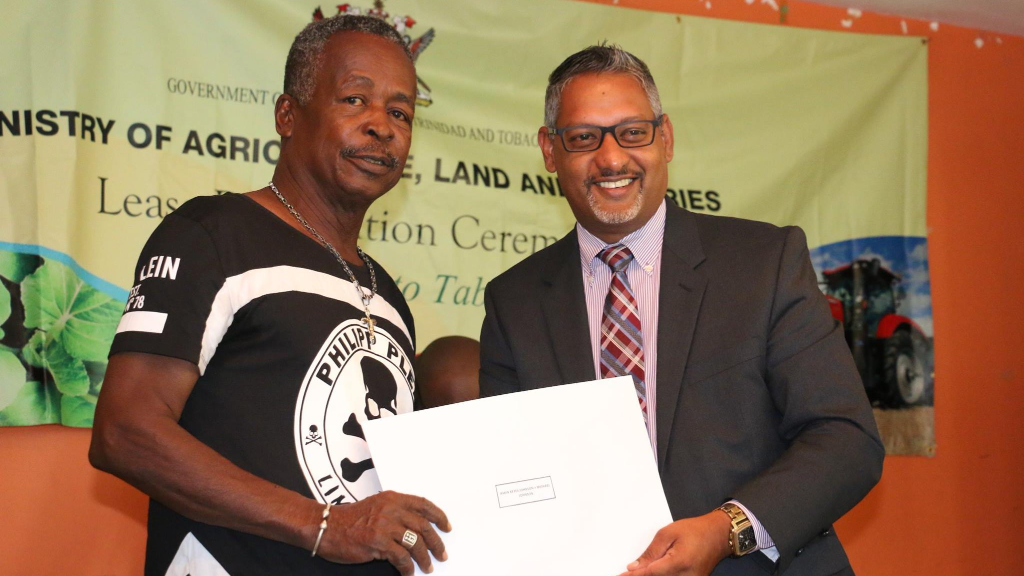 44 farmers and their families each received a State Lands Agricultural Licence which is granted for agricultural purposes for a period of ten years.

"I hope that the persons who receive the licences now will continue to maintain productive use of the land," said Agriculture, Lands and Fisheries Minister Clarence Rambharat. 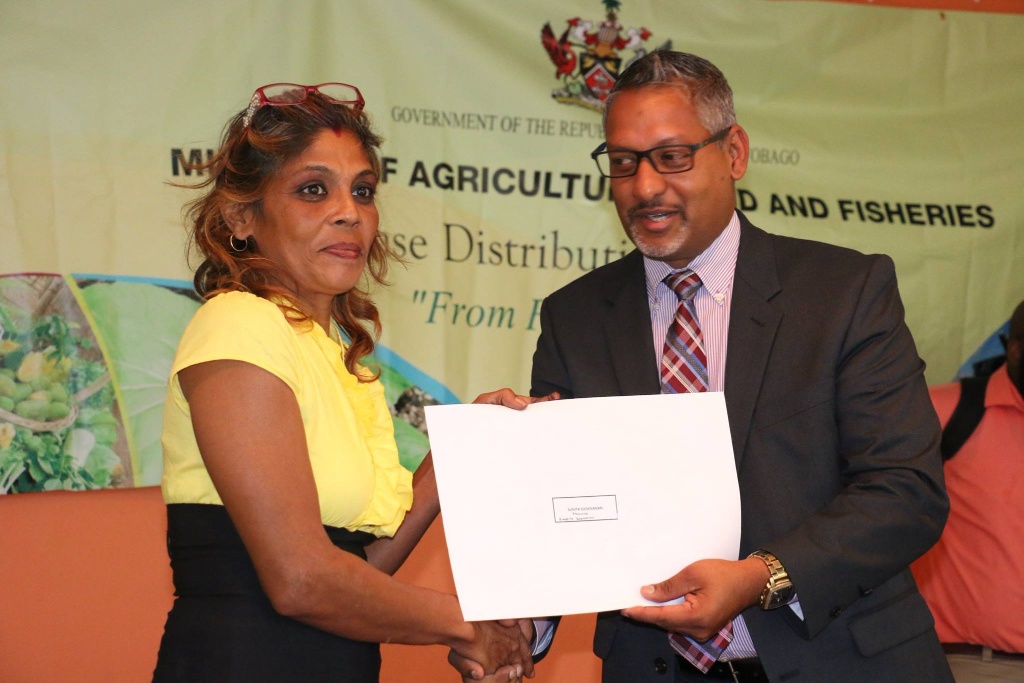 The Licence Distribution took place last Wednesday at Mora Allotment, Sahadeen Trace, Sangre Grande and was hosted by the Land Management Division of the Ministry of Agriculture, Land and Fisheries.

In his Address, Minister Rambharat outlined the history behind the long struggle of the farmers to attain security of tenure, saying to the farmers and their families that is was heartening to see 'persons who have a genuine interest in agriculture’.

These licences are granted to the original tenants on the land, with some distinctive differences, namely that the Commissioner of State Lands, as the Rambharat put it, "has granted to you ten year licences; and those licences are acceptable not only to the Agricultural Development Bank but in the Ministry itself. So it will allow you to be granted access to all the incentives including the facilities offered by the ADB." 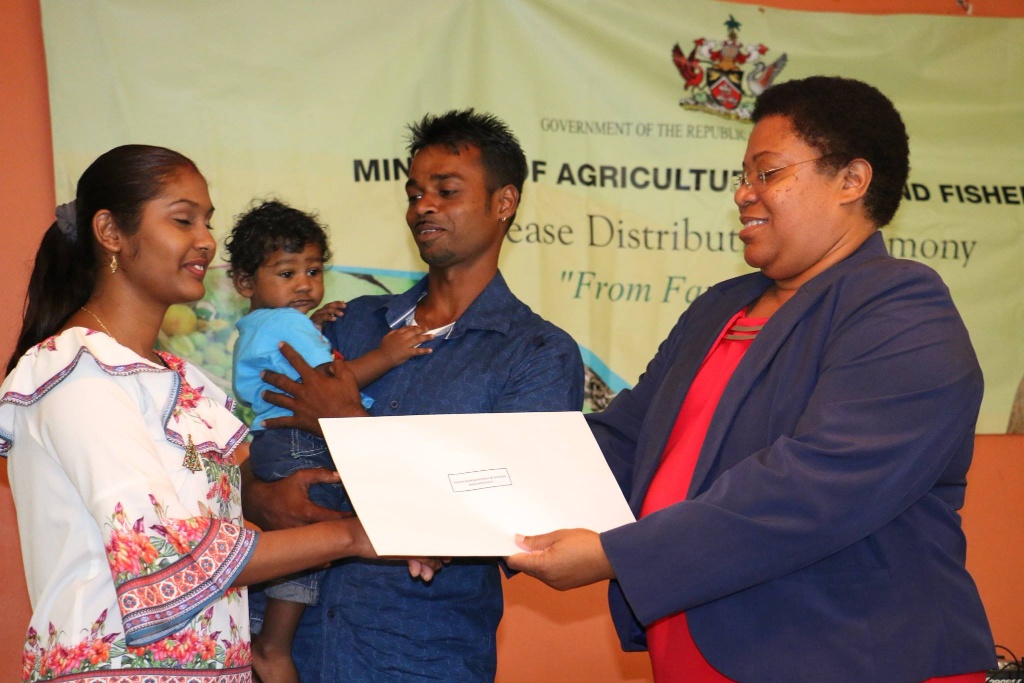 "But more importantly, I believe that we should be very close to the next and final step – that is to actually grant you the leases because these plots were surveyed since 1983 and we should be in a position to be able to grant leases for the usual 30-year term," he said.

Rambharat said there were some steps to be taken by the Ministry to make this a reality, inclusive of acquiring Cabinet approval for the reclassification of the land currently classified as a forest reserve. Upon receipt of this approval, the next step allows for the granting of the 30-year leases for the land.

Another important feature of the licences, the Minister noted, is that it ‘provides for the occupants to utilize a 5,000 sq ft of land for the purpose of construction, as stipulated in the licence". 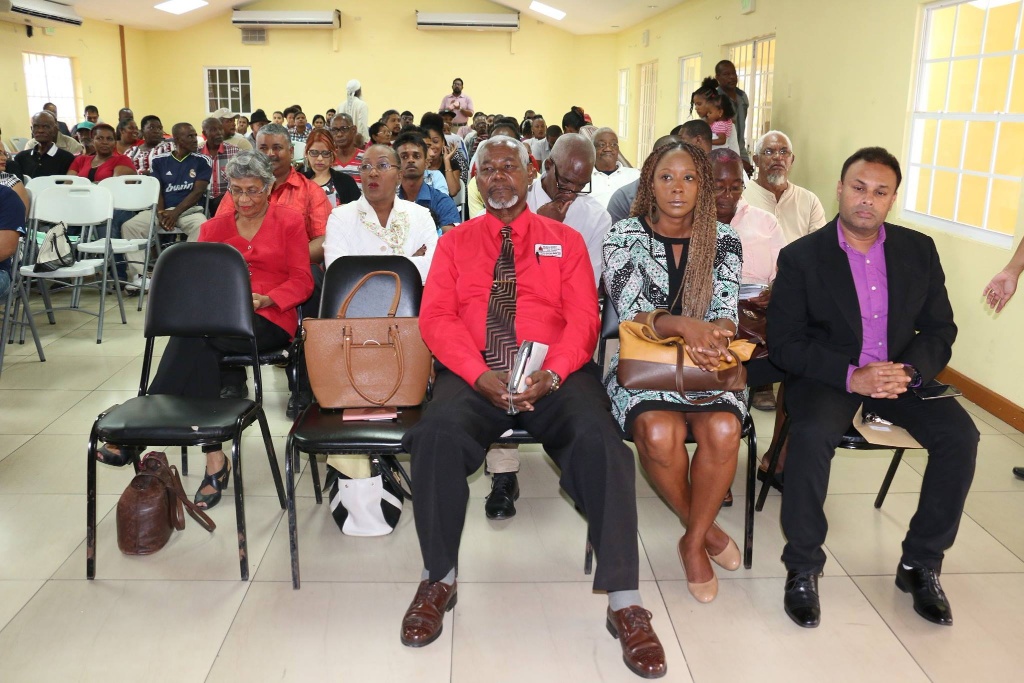 "I believe that as far as possible we should be facilitating farmers in a reasonable way’ to allow them to erect structures that support their farming operations, inclusive of that for temporary residential purposes," he said.