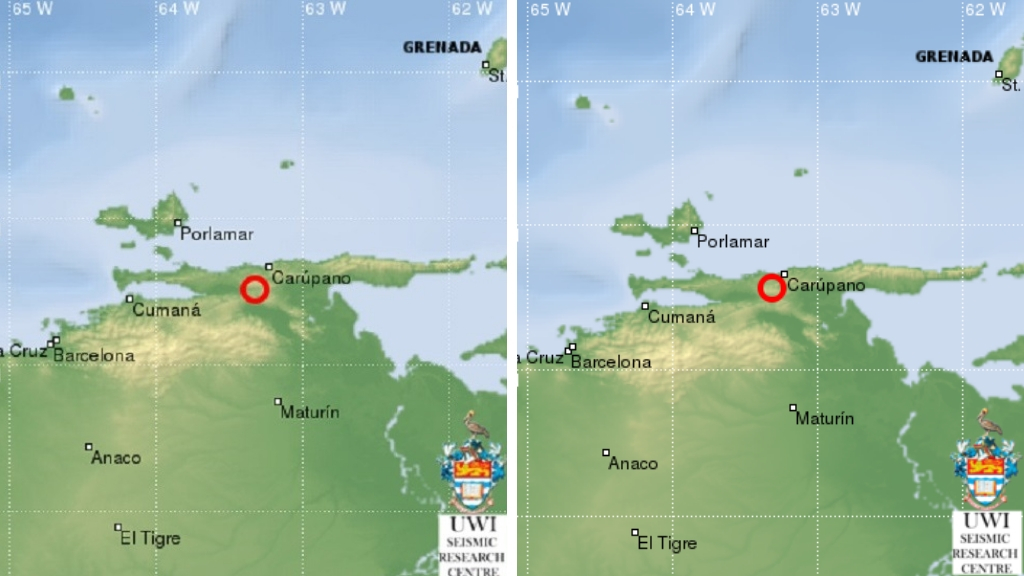 Two earthquakes struck within hours, close to each other on Venezuela's north coast on Monday, the latest of a series of seismic events occurring in the region within recent weeks.

According to an update from the University of the West Indies (UWI) Seismic Research Centre, the first earthquake took place around 6:21 am local time and had an intensity of 4.5.

On January 4, Trinidad and Tobago was shaken by a 4.6 earthquake, one of three to hit the region in the space of 24 hours.

Trinbagonians are still recovering from a 6.9 earthquake which caused damage to buildings, roadways and more on August 21, 2018.

Persons are reminded to prepare an emergency bag and exercise precautions in the event of an earthquake.

Three earthquakes reported across the Caribbean in one day