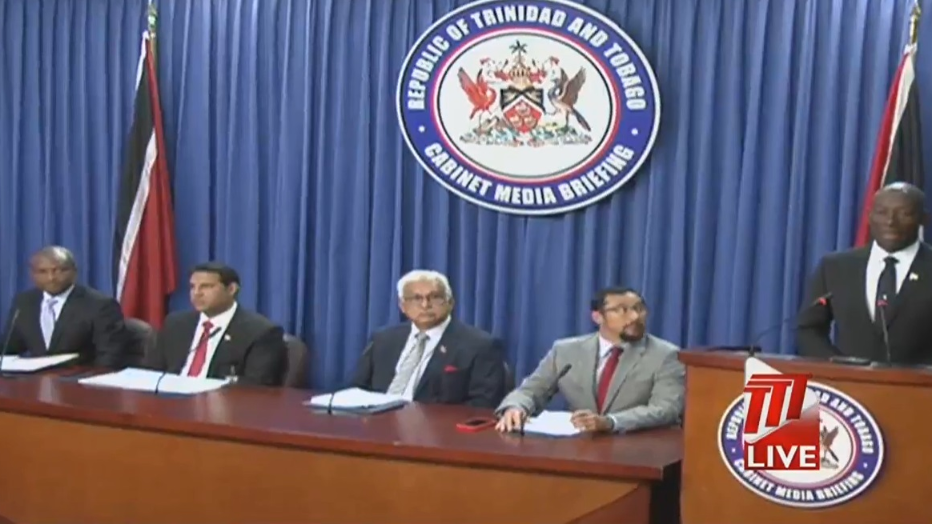 Minister of Health, Terrence Deyalsingh has announced that five more countries have been added to the 14-day travel ban that the government has implemented for China.

The ban states that no one travelling from these countries will be allowed in Trinidad and Tobago within 14 days of their departure.

All official government-assisted trips which include these countries will also be put on hold.

Both the Minister of Health and Minister of National Security, Stuart Young reiterated that this country is not likely to suffer from any sort of Coronavirus outbreak, but they aren’t taking any chances.

Minister Deyalsingh says they’ve begun to operationlise five tiers of preparedness in case this country has an outbreak.

Tier one implements an extension of the Caura Health Facility. Currently, the facility has a four bedded quarantine area, Minister Deyalsingh says he’s instructed the North Central Regional Health Authority (NCRHA) to open 20 more beds. The facility is expected to be ready in two weeks.

Tier two introduces the use of the 67-bed facility in St James which was recently opened. Deyalsingh says in the unlikely event that Caura can’t handle the outbreak, St James will be ready to assist.

Tier three brings the use of the training facility formerly utilised by the College of Science, Technology and Applied Arts of Trinidad and Tobago (COSTAATT). Deyalsingh promises that the facility will be ready within three weeks.

The government’s most drastic move is to implement the use of the 230-bed Couva Training Hospital.

“In the event that there is a serious outbreak, we must have a major medical facility which can be quarantined, locked down by security and that is where the Minister of National Security will come in,” Deyalsingh said.

The Minister also announced that Cabinet approved the establishment of a Standing Committee to deal with public health concerns and infectious disease outbreaks, headed by the Chief Medical Officer, who will report to the Minister of Health and the Minister of National Security.

Minister Young also pledged his Ministry’s support. He announced that he’s been in contact with private ambulance services for their first responders and asked for refresher training in first response for the Police Service and Defence Force.

Medical professionals and the Minister of Health have advised that while the traditional influenza shot will not prevent Coronavirus, it will reduce the risk of getting the virus significantly as it tends to affect those with weaker immune systems.