5 players who could shine in the Cricket World Cup 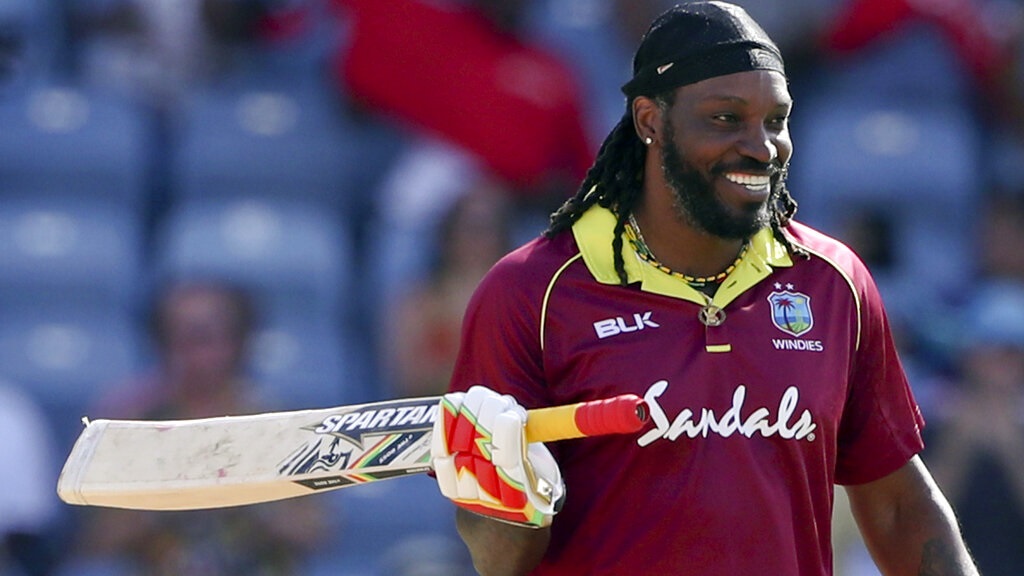 He's the best batsman in the world and undoubtedly cricket's biggest star. Now Virat Kohli is aiming to underline his status as one of the game's modern greats by winning the World Cup for the second time with India.

Kohli is the active player with the highest average in one-day internationals (nearly 60) and has 41 ODI centuries, second only to India great Sachin Tendulkar (49). Test, ODI or Twenty20, Kohli excels in any format. 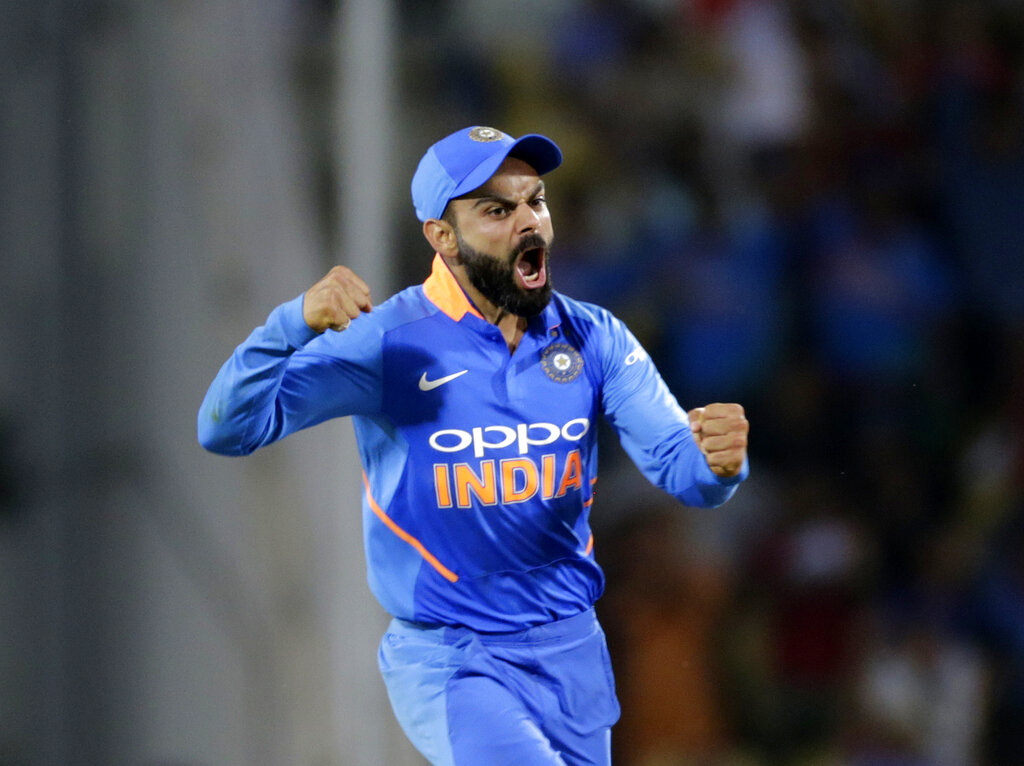 Last year, he showed he could master English conditions by hitting two centuries and three half-centuries — including a 97 — in a brilliant five-match test series against England.

That will surely give him confidence ahead of his return to English conditions.

At 39 and approaching 300 ODIs, the powerful West Indies opener is playing his last World Cup. Can he leave the ODI format on a high?

Gayle has the form to make a real impact at the tournament — just look at his figures in the recent ODI series against England, when he plundered 424 runs — including 39 sixes — in four matches. Then there was the IPL, where he scored 490 runs at 40.83.

Regular massages and yoga are helping Gayle keep supple as he tries to help the West Indies to a first global 50-over title since back-to-back World Cup wins in its glory years in the 1970s.

Gayle will likely rival England's Jos Buttler — another batsmen who clears not only boundary ropes but entire stadiums with his huge hits — as the players that spectators cannot keep their eyes away from.

Back in Australia's team after serving a year-long ban for his part in a ball-tampering plot, Smith has started on the long road to redemption on and off the field.

It will hardly be a great look for the game if Smith — along with teammate David Warner — was to lift the World Cup trophy so soon after the cheating scandal in a test match in South Africa that rocked Australian cricket. But that will be his aim and, who knows, the Australian public might yet be more forgiving of the former captain if he helps the country retain its title.

What will be intriguing is how Smith is received in England. Australia plays a warm-up game against England in Southampton on Saturday, five days before the World Cup begins.

English crowds can be cruel at times. Will they, and the increased global focus on him, throw Smith off his game? The Australians will hope it doesn't.

His 11th-hour selection is contentious — some England players went public with their concerns, saying it might disrupt team harmony — but the decision to bring Archer into the squad has generated an extra buzz around the tournament.

Few things in cricket get the pulse racing more than the sight of a fast bowler sending down express-pace deliveries, and Archer is among the quickest.

England selectors clearly think highly of the Barbados-born allrounder, demonstrated by their decision to relax eligibility rules so Archer could be fast-tracked into the national squad in time for a home World Cup.

He could provide the X-factor in England's bowling attack to complement the team's explosive batting.

One of the most recognizable faces in his country, Rashid has been the jewel of the crown for Afghanistan amid its rise as a force in world cricket. This will be his first World Cup, and for casual cricket observers a first real chance to see a player who is seemingly on his way to becoming a global star. 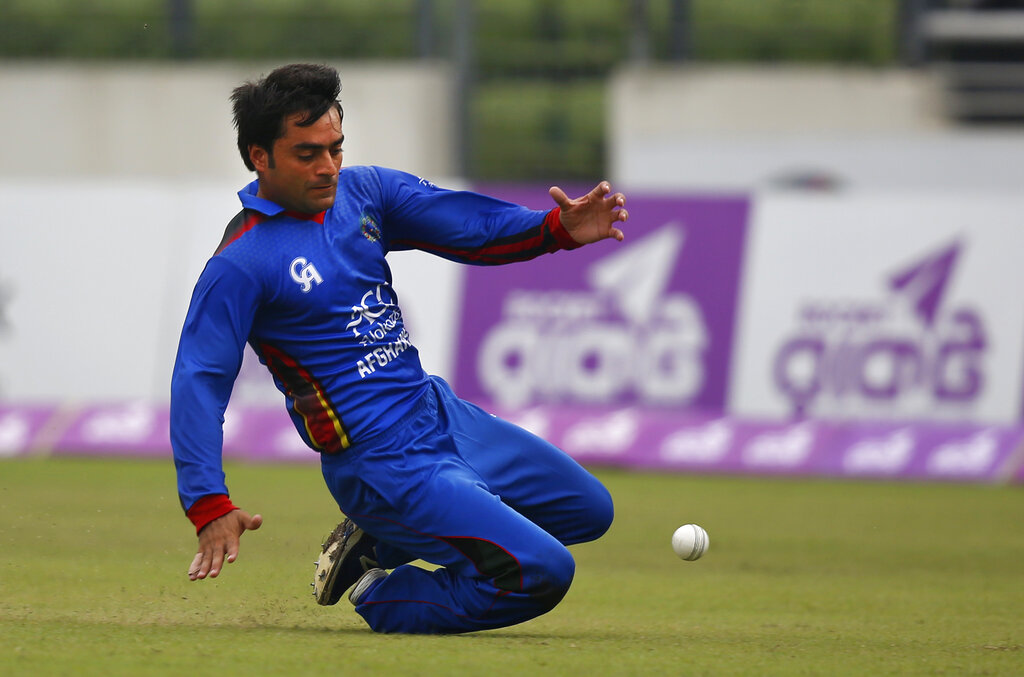 (In this Wednesday Sept. 28, 2016 file photo, Afghanistan's Rashid Khan dives to stop the ball as he fields against Bangladesh during the second one-day international cricket match in Dhaka, Bangladesh. The 2019 Cricket World Cup starts in England on May 31. (AP Photo/A.M. Ahad, File)

Rashid — a wristy legspinner who is a great fielder and an increasingly handy big-hitter down the order — is the top-ranked allrounder in ODI cricket, adding to his status as the top-ranked bowler in T20s. He only made his international debut 3½ years ago, soon after turning 17.

He was one of the first two Afghanistan players to be signed for the lucrative Indian Premier League in 2017 and became the country's first millionaire in the competition when he was retained by Sunrisers Hyderabad last year.

Afghanistan coach Phil Simmons says Rashid has been working on his batting in particular ahead of the World Cup. Rashid wants to bat like his idol, the now-retired Pakistan allrounder Shahid Afridi, and has the charisma and ability to do so.