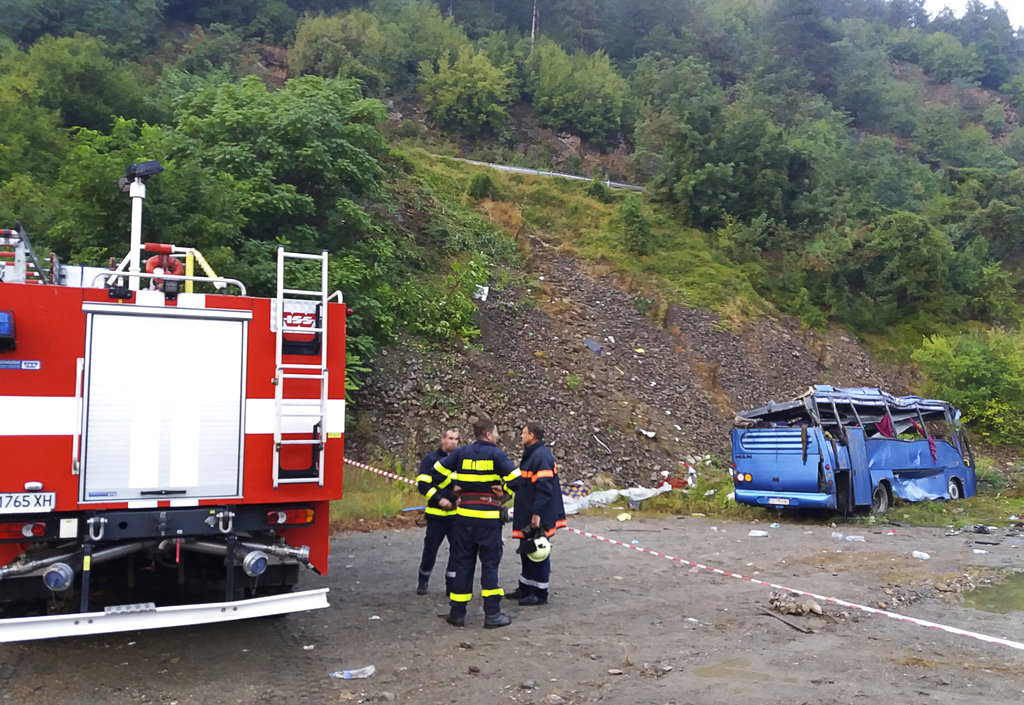 Five people still have life-threatening injuries Sunday, a day after their tourist bus flipped over on a Bulgarian highway, killing at least 16 people and leaving 18 injured, authorities said.

Police said the bus was carrying 33 pilgrims from the village of Bozhurishte and a driver on a weekend trip to a nearby Orthodox monastery. It overturned Saturday and dropped down onto a side road below the highway about 50 kilometres (30 miles) north of Sofia, the capital.

Police said Sunday that 13 people died at the scene, among them a 13-year-old boy, and three of the injured died in the hospital. That updates comments from the health minister, who said Saturday that 27 people had been injured.

An investigation into the cause of the crash has been launched.

The government has declared Monday a national day of mourning for the bus victims.