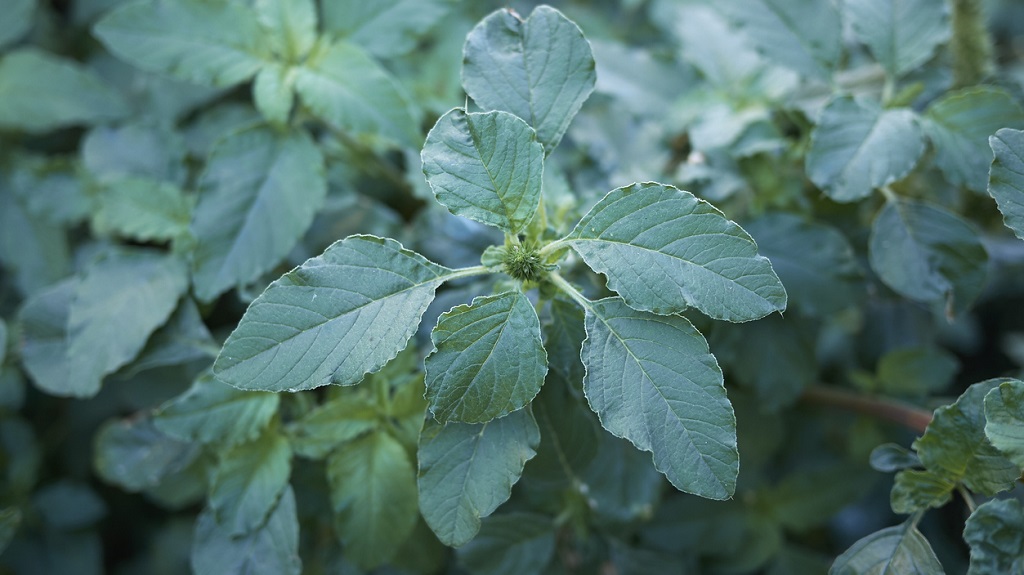 Photo: Amaranthus retroflexus is one of many edible varieties of the amaranthus plant. Photo: iStock.

Bhaji is a dish many Trinidadians have eaten all their lives; but did you know that the plant which is used to make it - Amaranth - has many nutritional properties?

Amaranth plants fall under the genus Amaranthus and are cultivated as leafy vegetables, pseudocereals, and ornamental plants.

The plant is sometimes distinguished by red stems and seeds, and can grow up to eight feet tall.

Amaranth plants have a long history and were grown by the Aztec civilisation where they played both a nutritional and socio-cultural role.

According to Ancient Grains: 'Amaranth was cultivated by the Aztecs about 6,000-8,000 years ago. Amaranth was not just a food staple for the Aztecs. It played a big part in their worship. They built statues of their deity using amaranth grain and honey. These statues were worshipped, broken, and distributed for eating. This practice is the primary reason amaranth did not survive as a staple. When the Spanish arrived with Cortez, as part of their efforts to force Christianity on the pagan natives, they outlawed the grain. Amaranth fields were burned and cultivators were punished.'

However the plant survived and all parts of the plant are used in various dishes. The seeds, which are sometimes confused with grains, are harvested and used to make many traditional meals in parts of Mexico and Central America.

In Trinidad and Tobago amaranth has long been used in a wide variety of dishes from bhaji to callaloo.

Here are a few things to know about amaranth:

1. They're loaded with nutrition

Amaranth greens are full of nutrients; according to a 2013 study amaranth has more protein, ascorbic acid, fiber and calcium than spinach.

Amaranth greens also have vitamin A which is a powerful antioxidant and promotes healing.

The plants also have the highest concentrations of vitamin K of all the edible green-leafy vegetables. 100 g of fresh greens provides 1140 μg or 950 per cent of daily vitamin K requirements.

Vitamin K plays a vital role in strengthening the bone mass by promoting osteoblastic activity in the bone cells. Additionally, it also has an established role in patients with Alzheimer's disease by limiting neuronal damage in the brain.

Amaranth greens are hardy plants and are even viewed as an edible weed in some countries. According to Our World, the plant can tolerate a range of conditions, grows quickly and has a high yield.

Because of this, amaranth greens are a great source of local nutrition that does not depend on importation, helping with food security.

4. Beware, it can absorb toxins (in heavily fertilised areas)

According to the Philadelphia Orchard Project, amaranth tends to collect nutrients in its environment, especially nitrates, and if it’s in a heavily fertilized area these nitrates can accumulate to the point of being bad for your health.

Avoid eating too much amaranth from agricultural fields or areas with heavy pesticide usage.

Some studies have shown that amaranth leaves, similar to spinach, sorrel and other greens, contain oxalic acid, which can be poisonous to livestock or to humans with kidney issues if eaten in large amounts.

Oxalic acid binds with calcium and other minerals (like magnesium and iron) in order to be excreted from the body.

However the oxalic acid is reduced simply by steaming, sauteeing, or any other method of cooking over high heat.

Do you grow or cook amaranth? Let us know in the comments.

Botanical Roots: Why you should eat ginger