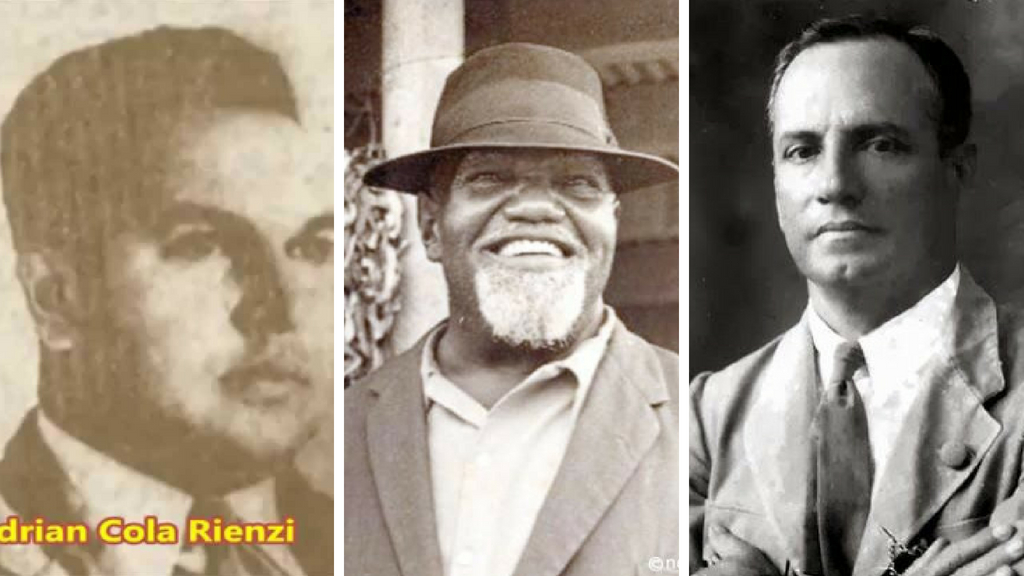 Labour Day holds special significance in Trinidad and Tobago as a source of pride for workers' rights.

Led by labour leaders such as Adrian Cola Rienzi (Krishna Deonarine), Arthur Andrew Cipriani, and Uriah Butler, the fight for workers' rights was a tumultuous one, and continues to this day.

Here are five things we currently enjoy thanks to the labour rights movement.

The labour rights movement fought for several basic rights for workers, including the right to be paid for their time with a basic minimum wage.

This began in the 1920s with Arthur Andrew Cipriani, who formed the country’s first labour union, the Trinidad Workingmen’s Association.

In 1917 Cipriani encouraged disgruntled dockside workers to withhold their labour, resulting in the first major industrial strike in Trinidad and Tobago.

Cipriani was elected mayor of Port-of-Spain on eight separate occasions and between 1925 and 1945 and repeatedly elected to the Legislative Council.

Trinidadian author C. L. R. James called him the most important pre-independence figure in the struggle for social justice and political rights in Trinidad and in much of the eastern Caribbean.

The demand for workers’ rights to be heard began with Cipriani, but took on another form with the oil riots and the rise of Uriah ‘Buzz’ Butler who called for wage increases and better conditions for oil workers.

On June 19, 1937 – the day now known as Labour Day, workers across the country downed tools, a protest which lasted until July 2 and required the intervention of British troops from two battleships to quell the protests.

During this strike, 14 lives were lost, including that of policeman Charlie King, hundreds were injured and many persons were arrested.

After the oil riots, Butler went into hiding and emerged three months later under an agreement to testify before a visiting British Commission. He was subsequently arrested and jailed for two years.

In May 1939, he was released from jail but in November he was arrested and detained on Nelson Island as a security risk under the defence regulations during World War II. He was released when the war was over in 1945. He continued his plight for social justice and served on the Legislative Council from 1950-1961.

As a result of this, in 1938 the Trade Disputes Ordinance was enacted, which allowed for the settlement of disputes after collective bargaining had broken down.

In addition, in 1939 Government amended the 1932 Ordinance to legalize peaceful picketing and give unions immunity from actions for damages arising out of strikes.

In 1965 the Industrial Stabilisation Act, 1965 was created, which introduced the concept of compulsory arbitration to Trinidad and Tobago by the establishment of the Industrial Court. The main function of this Court was to intervene to prevent and settle industrial disputes between employers and their union represented workers.

Today, we have the Industrial Relations Act which allows for:

- free collective bargaining between employer and workers through their representative associations,

- the development of a peaceful and expeditious procedure for the settlement of disputes,

- the establishment of the Industrial Court,

- the recognition and registration of trade unions,

- the freedom to be represented by a trade union and the right not to associate, and

- industrial action which may be taken by both employer and employee.

Because of the efforts of labour leaders, labour unions and groups in general can now carry out peaceful picketing in lobbying for rights for workers.

The Constitution guarantees citizens the general right to equality of treatment from any public authority in the exercise of any function.

The Equal Opportunity Act, No. 69 of 2000 prohibits discrimination of persons on grounds of sex, race, ethnicity, origin, marital status, religion or disability.

Part III of the Act deals specifically with employment discrimination. In respect of persons seeking employment, an employer is prohibited from refusing or omitting to offer employment to a person based on the above grounds of discrimination.

Also, an employer shall not discriminate against an employee with regard to terms and conditions of employment, opportunities for promotion, transfer or training or any other benefit, facility or service associated with the employment.

However, there are as yet no statutory provisions concerning sexual harassment and as a result the common law applies.

There is also no protection for members of the LGBTQI community within the Act. Discrimination on the basis of sexual orientation is thus not prohibited.

There is a provision in the Act for the establishment of the Equal Opportunity Tribunal to hear and determine complaints made under the Act, with the power to make an order for the payment of compensation, damages or fines.

As a result of these strikes, the British government received recommendations from the Moyne Commission which influenced British policy after 1939 with improvements in health services, housing, and social services, however with limited constitutional change and support for trade union development.

Today, the Workmen’s Compensation Act, to be replaced by the Employment Injury and Disability Benefits Bill sets standards for employee health and safety at the workplace, while the Retrenchment and Severance Benefits Act guarantees the payment of severance pay to retrenched employees.

The Retrenchment and Severance Benefits Act, however, has some exceptions where workers are not protected, such as:

- workers with less than one year continuous service;

Workers are now protected when they become pregnant while working. The Maternity Protection Act provides maternity leave and related benefits to female employees. The Government has also recognized the need to implement legislation which sets minimum terms and conditions of employment so that employees are guaranteed a basic level of rights and protection.

Any worker employed with an employer for more than 12 months is eligible for a leave of absence for 13 weeks and pay while on maternity leave.

A pregnant employee may also not be denied time off to attend prenatal medical care and should be paid during this period of absence.

In addition, child labour is prevented by way of the Children (Amendment) Act, 2000 which prevents children under the age of 18 from being employed.

What other things do you know about the labour rights movement in Trinidad and Tobago?