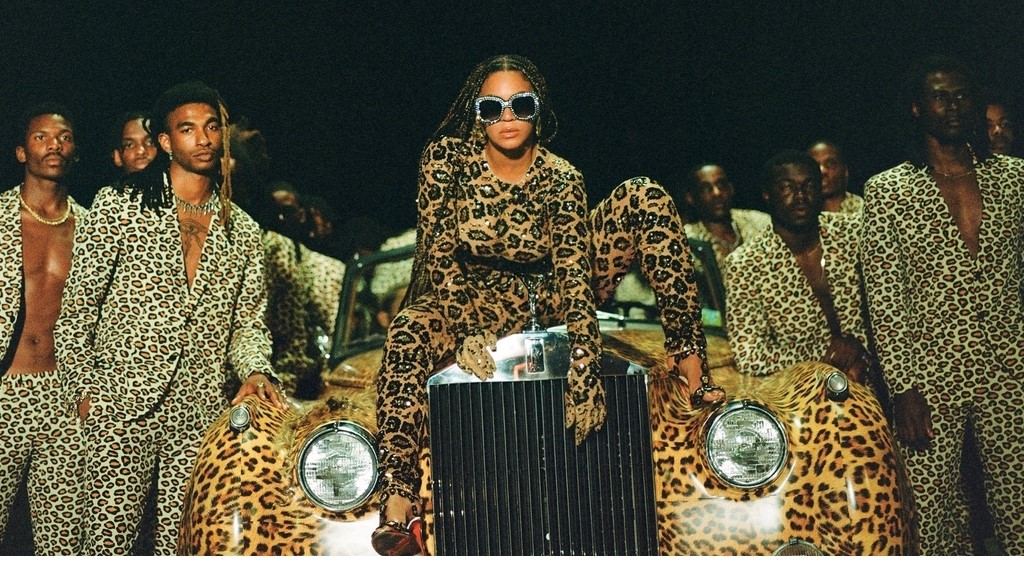 This image released by Disney Plus shows Beyonce Knowles, center, in a scene from her visual album "Black is King." (Travis Matthews/Disney Plus via AP).

Beyoncé’s Black is King has sparked debates and conversations around the world as it shifted our attention momentarily from COVID-19.

The grand reimagining of the Lion King, showing exclusively on Disney Plus, is the visual album to her Lion King soundtrack produced last year.

The mega-production is the culmination of work from creatives from all over including the Caribbean and Trinidad and Tobago.

From hair styling to costume design, Trinis have lent their talents to making Black is King a true visual phenomenon.

Here are five Trinis who worked on helping to bring Beyoncé’s ideas to life.

The Arima native has long been one of Beyoncé’s main hairstylists. For Black is King, Farinah served as the lead hairstylist, corralling an army of other stylists to help create the hairstyles for the visual album.

Farinah and his team created over 40 wigs, some of which were never used, he told Loop.

He said he was meeting with Beyoncé’s around 2 am one morning when she told him of her plans for the movie and showed him her references.

“I said when do you want this and she said Friday. It was Wednesday. That blew my mind but I have learned one never says no, it is always yes, I can. I called my manager and said find me the most amazing stylists you can find, especially black stylists because I needed girls who could braid and some of them who turned up were Trinis,” he said.

Two of the Trini stylists were Keinda Davis, who he said really helped him on the project with an iconic piece and Xia Charles, a braider from Tobago.

Farinah has been sharing the hairstyles his team created in less than a week for Beyoncé and the history and significance of each style.

‘I was educated about it. Given the reference from Beyoncé, and me doing my research, I found that hairstyles from centuries ago meant more. Back in ancient days there was a storytelling of every hairstyle and I wanted to bring that to life in the movie. I felt it was a perfect moment to bring strong pieces to tie into the movie and the storyline,” he said of the research that went into creating the various looks.

Working with other Trinis on set was a good experience, Farinah said.

Farinah, who struggled to make it when he first migrated to the US, said tapping other stylists to work on the project was his way of helping others.

“In this industry when you are trying to grow, there aren’t many people who help you so I felt this was a great moment to help others shine and share a piece of the pie. I was so happy I could help. “

Tobago-born Delia Alleyne made her name as a designer in Trinidad and Tobago before migrating to the US.

For Black is King, she worked alongside Beyoncé’s trusted stylist Zerina Akers as an assistant tailor.

“On shoot day I showed up and took instructions from the stylist. On my second day, there was a scene in the water video and there were eight dancers and only seven costumes so this is where I came in and created a piece for that extra person. For Brown Skin Girl, the dresses that the debutantes wore were only for adults so I had to create a piece for Blue. I supported the team in whatever they needed,” she told Loop.

Alleyne, who got the link through another Trinidadian Suzette Selman, said working with Akers was amazing as she is very professional and thorough.

“She is very clear in what she needs so it was easy to fall in place and do whatever needs to be done.”

Looking back at the experience, Alleyne said it was an intense experience with the cast ranging from 20 to 100 people.

She said: “Every day on set was different.” 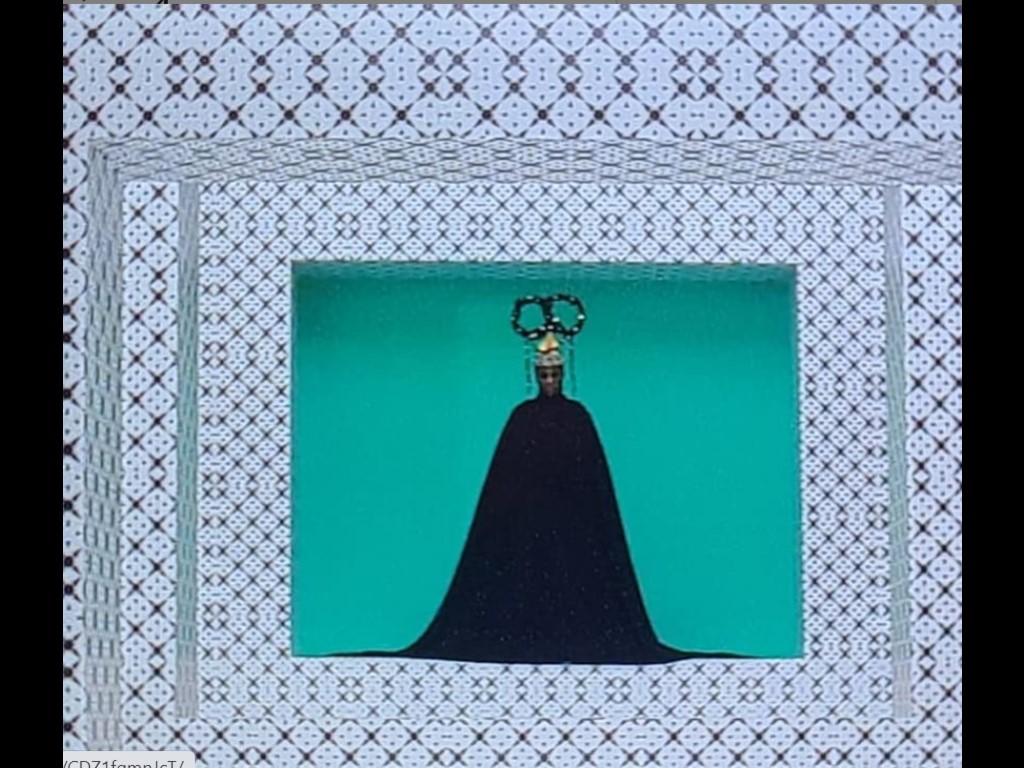 A braider from Tobago, Charles was one of the many hairstylists selected by Neal Farinah to work on many of Beyoncé’s looks for Black is King.

She had this to say of the experience on Instagram:

“GOD is soooo GOOD! The Bible says in all things give thanks 🙏🏾 I’m so grateful to be a part of this historic moment♥️♥️♥️ #BLACKISKING Thank you @nealfarinah @j_allure @nakiarachon for the opportunity to be apart of such a truly amazing team✨✨✨”

GOD is soooo GOOD! The Bible says in all things give thanks 🙏🏾 I’m so grateful to be a part of this historic moment♥️♥️♥️ #BLACKISKING Thank you @nealfarinah @j_allure @nakiarachon for the opportunity to be apart of such a truly amazing team✨✨✨

Daughter of a Trinidadian mother and Ghanian father, Simon-Hartman has made her name creating lavish and artistic costumes for Notting Hill Carnival in London where she lives.

Her work caught the eye of Beyoncé’s team who reached out to her via IG to commission costumes for Black is King.

Her work was featured in the stunning black pieces made for the chess scene in the ‘Mood 4 Eva’ video, which has left her studio’s work a hot topic of praise and discussion.

“This was an amazing experience,” said Simon-Hartman. “Beyoncé is such a special musician, woman and advocate of black culture, it’s a dream come true to get to work on Mood 4 Eva.” 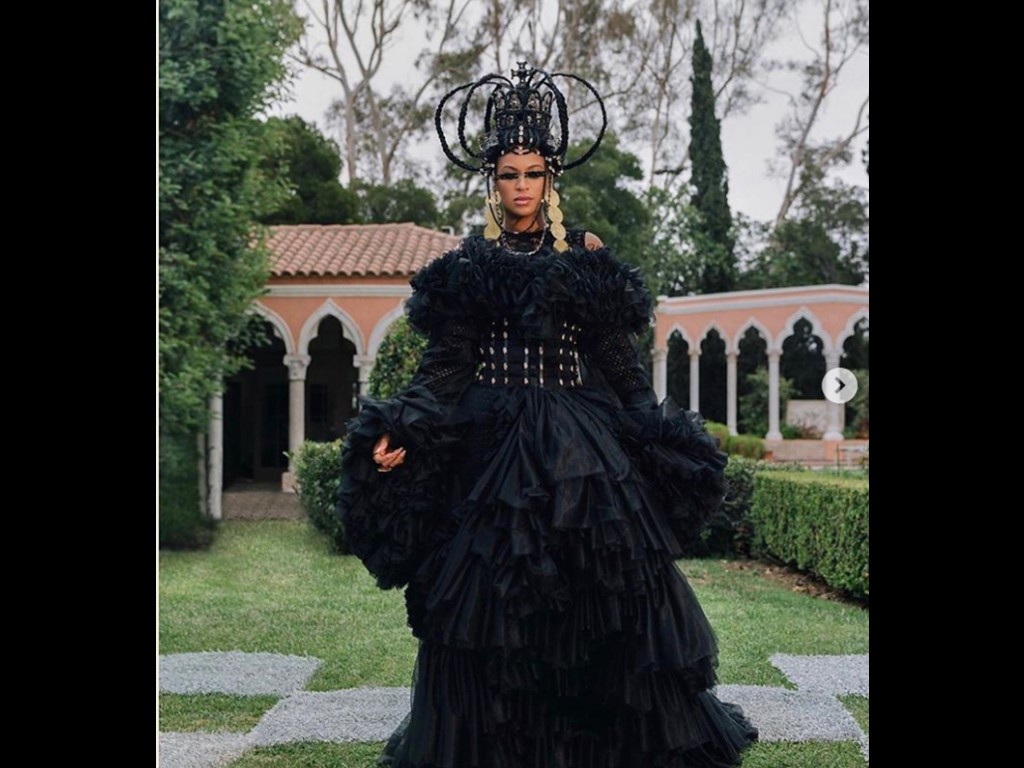 Selman has been working with celebrities such as Lauryn Hill as a stylist. For Black is King, she worked with lead stylist Zerina Akers to pull Beyoncé’s looks together.

“I am proud/ honoured to be a part of the style team who worked on #blackisking . Thank you @zerinaakers . Because of you I was able to realise a lifelong dream. I am forever grateful.”

Scotiabank recognised as T&T's Bank of the Year 2020