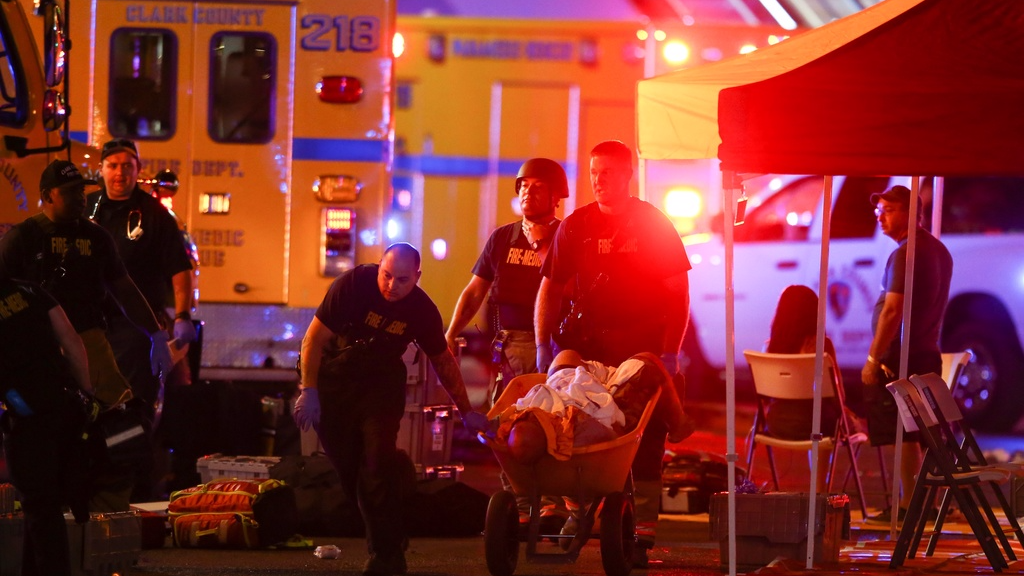 wounded person is walked in on a wheelbarrow as Las Vegas police respond during an active shooter situation on the Las Vegas Stirp in Las Vegas Sunday, Oct. 1, 2017. Multiple victims were being transported to hospitals after a shooting late Sunday at a music festival on the Las Vegas Strip. (Chase Stevens/Las Vegas Review-Journal via AP)

Fifty people are believed to be dead in an attack on a Las Vegas concert on Sunday.

A Nevada sheriff says the death toll has climbed to 50 in the attack on a Las Vegas concert Sunday, making it the deadliest mass shooting in modern US history.

Clark County Sheriff Joseph Lombardo says more than 200 people were wounded at the Route 91 Harvest Music Festival on the Strip. 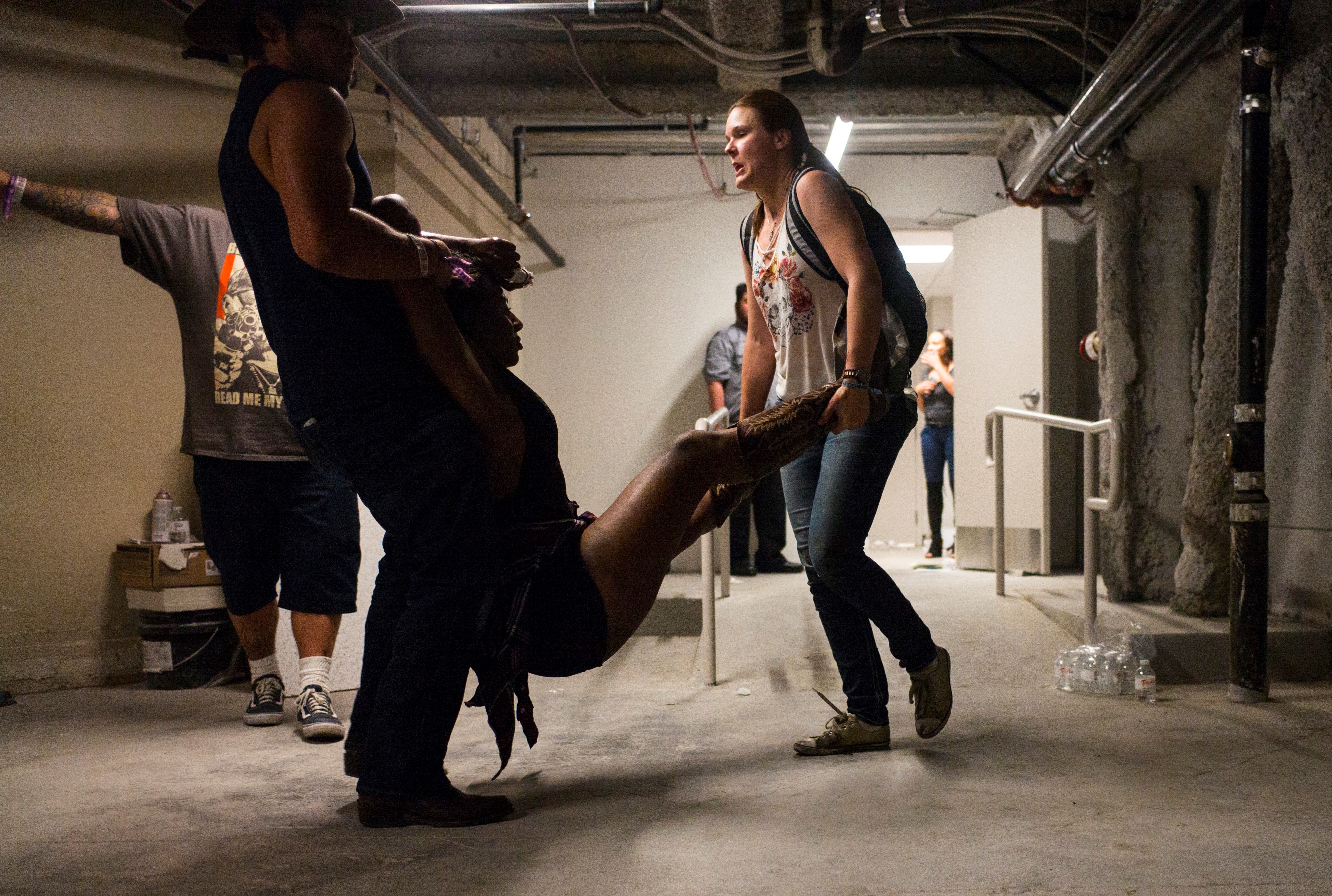 Lombardo says officers confronted Paddock on the 32nd floor of the Mandalay Bay Hotel and Casino across the street from the concert. Paddock is dead.

Authorities say they have located 62-year-old Marilou Danley, who was wanted as a person of interest in this incident.

The dead gunman is also believed to have checked in as a hotel guest.

Country music star Jason Aldean took to social media to say he and his crew are safe after the shooting.

Aldean was in the middle of his performance when the bullets rained down on the crowd. He posted on Instagram hours later, calling the shooting "beyond horrific."

A concert-goer says he heard what sounded like fireworks while he was watching Jason Aldean's performance at the Route 91 Harvest country music festival Sunday night.

Thirty-six-year-old Kodiak Yazzie said the music stopped temporarily and started up again before another round of pops sent the performers ducking for cover and fleeing the stage.

As the 40,000 fans in the crowd began to flee, Yazzie took cover and said he saw flashes of light coming from the Mandalay Bay hotel tower high above. 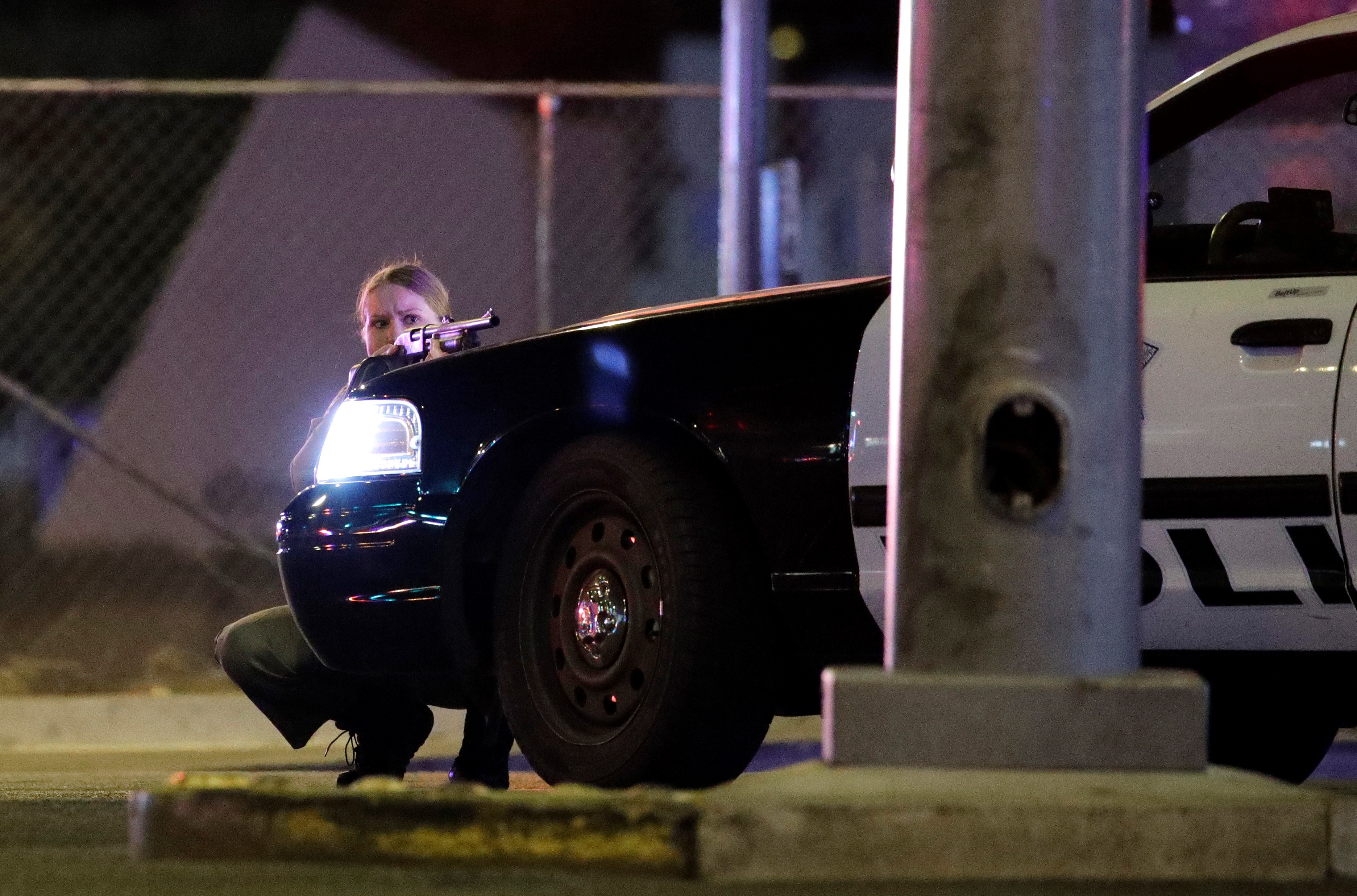 The bursts of pops would start and stop for more than five minutes. He says he saw dozens of ambulances as he ran for safety. He later got a Lyft driver to take him home to suburban Henderson.

Some flights have resumed at the Las Vegas airport after all planes were temporarily grounded due to the deadly shooting on the Strip.