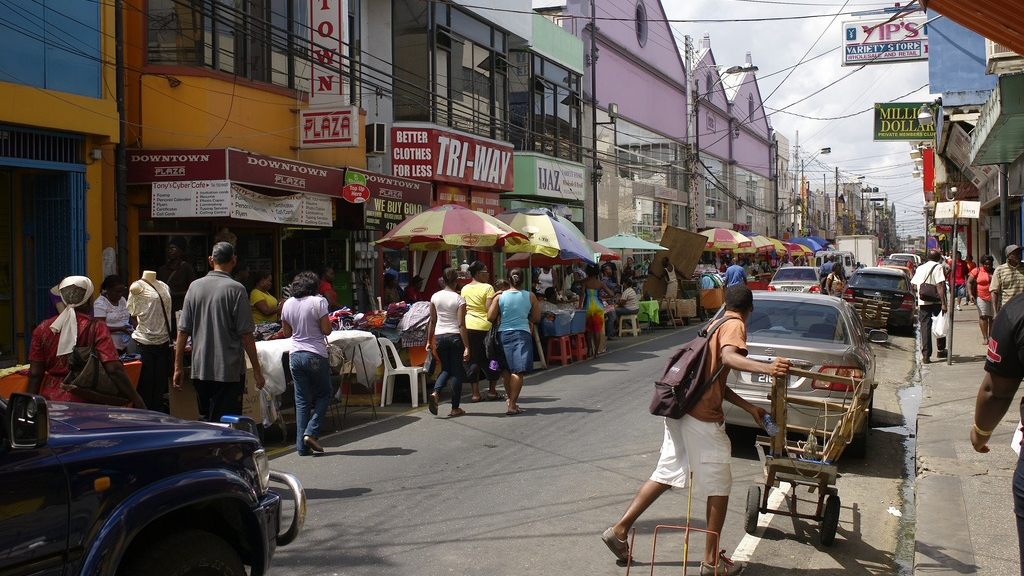 On Wednesday police rounded up approximately 50 vendors from Charlotte Street, Port of Spain, who were allegedly illegally vending.

According to police reports, 50 “illegal vendors” were removed from Charlotte Street and the surrounding roadways, including Queen Street, South Quay, and Frederick Street, on Wednesday morning.

The police exercise was supervised by DCP Radcliff Boxill with assistance from Snr Sup Persad, Sup Charles, and Inspector Jawahir, among several others.

Four Guyanese nationals who were said to be working without work permits were also arrested and handed over to immigration officials.

This exercise was one of several which are expected to take place in the coming days and weeks leading up to Carnival Monday and Tuesday.

The exercise, police said, was done as a result of a sudden increase of larceny reports, from persons who were being pickpocketed in the area and persons who were snatching cellular phones and fleeing the scene.

The hope was that by removing those illegal vendors, there would be a better sense of visibility and more awareness as there would be less obstruction on the roadways.

However, police were also called citizens to make themselves harder targets for criminal elements by not wearing flashy jewellery or displaying valuables, such as their wallets or cellular phones, in their hands at all times while doing their shopping.

'Clarkie', 'Psycho', 'Scottie' in court for murder of PC Babwah

Cuban refugees in court for obstruction