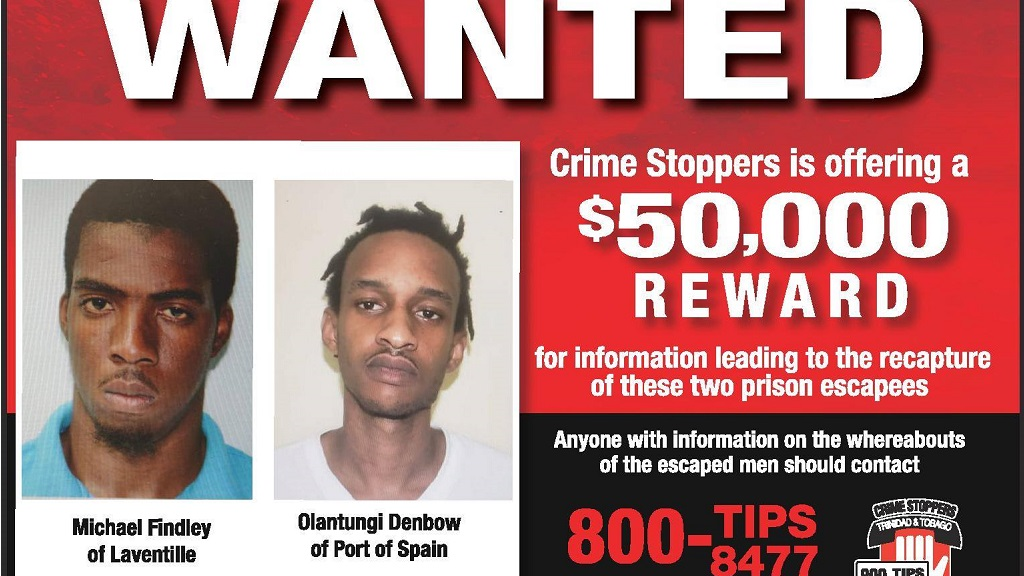 Anyone with information on two prison escapees might be awarded $50,000 if the information leads to their successful recapture.

The Trinidad and Tobago Police Service (TTPS) issued a statement Friday following a continued search by the authorities for Michael Findlay of Laventille, and Olatunji Denbow of Port of Spain, after their escape earlier this week.

Anyone with information on the whereabouts of the escaped men can call Crime Stoppers Trinidad and Tobago at 800-TIPS (8477).

Findlay and Denbow were still at large up to Friday afternoon after a daring prison break was executed by a group of eight men at the Golden Grove Prison on May 15, 2019.

However, Findlay and Denbow remained at large.

During the search, a helicopter which was assisting with the search lost control and crashed in the Arouca area.

The prisoners were believed to have escaped through a hole in the fence of the facility.

According to reports, six of the men were wanted in connection with murder while others were said to be in custody for gun-related and narcotic offences.

Commissioner of Prisons Gerard Wilson has assured that a thorough investigation will be conducted to determine how the men were able to escape.