6 children dead in train-bus crash in France, cause unknown 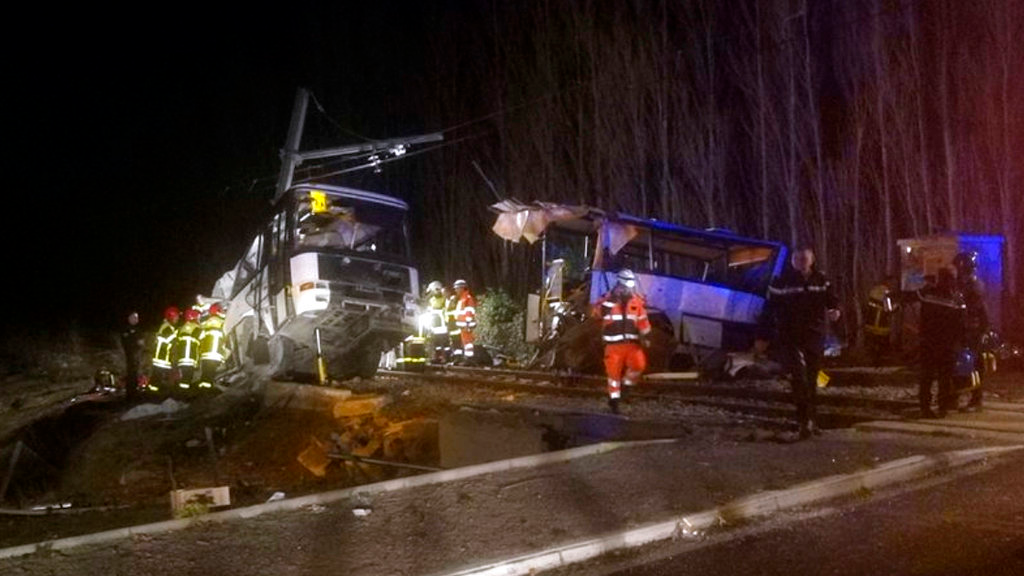 Authorities in the Pyrenees-Orientales region announced the new deaths a day after the horrific crash at a crossing close to the Spanish border. French media said the dead were two 11-year-old girls.

French authorities said all victims had been identified and their families notified.

The bus was carrying students aged 11 to 15 from the Christian Bourquin school in the village of Millas, near Perpignan in southern France. The school opened its doors Friday to offer counselling for grieving students and families.

Investigators were still working to determine the cause of the crash. Vignes said he could not say whether the railway barriers meant to stop vehicles from driving onto the tracks when a train is coming were open or closed.

"There are contradictory rumours," he said. "We need to be very careful."

Vignes told reporters overnight that investigators would look into reports that the batteries in the automatic train gate system had been stolen.

SNCF train official Gaelle Le Fauche told The Associated Press the train was carrying 25 people, including passengers and crew, and all were accounted for and being offered counselling.

She said the train normally travels at 80 kph (50 mph) at that location.