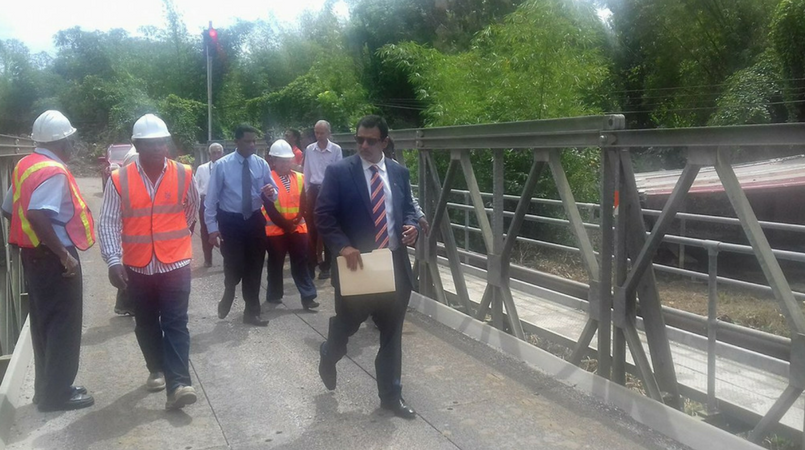 Newly appointed Minister of Works and Transport Rohan Sinanan spent Monday morning touring a number of bridges under reconstruction in the south.

Sixty-two bridges throughout Trinidad have been identified for reconstruction at an estimated cost of $657.86 million.

The Ministry said the works were needed as a number of defects were found on most of the bridges.

Some of the defects include corrosion of steel, deterioration of concrete, narrow single lane structures, lack of proper sidewalks and handrails, and Bailey bridges being used as permanent structures.

The Ministry said it will be implementing a new multi-pronged approach to bridge design which will meet both the infrastructural requirements and the needs of the communities which rely on the use of those bridges.

The new bridges will have pedestrian walkways and lookout points as well as lighting to illuminate the structure and provide an aesthetic quality.

The media accompanied Sinanan on his tour of four of thirteen bridges currently undergoing works.

The other three bridges visited are as follows:

He said there have been challenges with funding causing contractors to halt work for some time but work has now resumed on all 13 sites. He said funding was being spread around to ensure that each of the contractors is paid.

Sinanan added that there are several other projects underway including a road rehabilitation programme to be launched Wednesday.