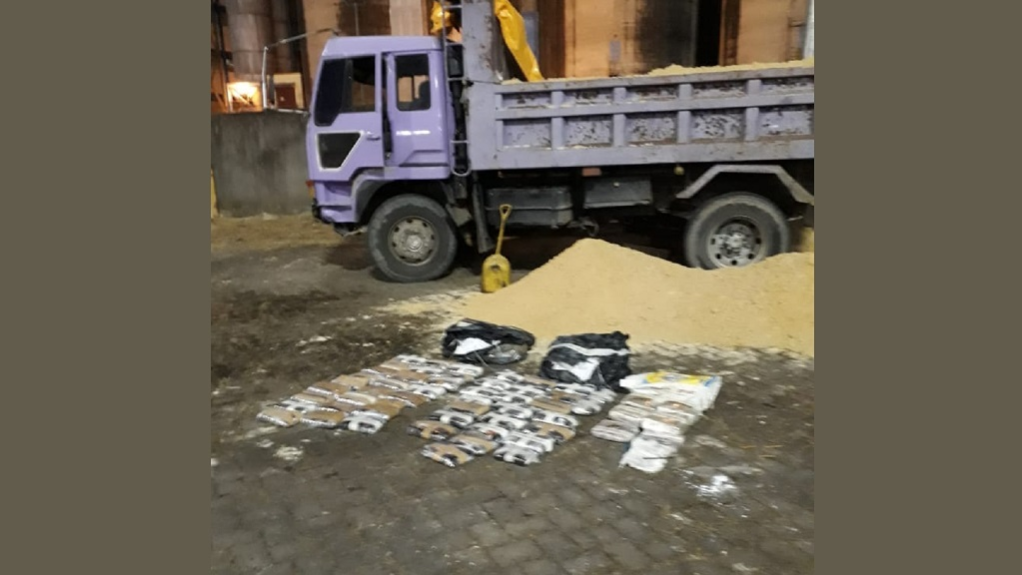 Two men were arrested and over $7 million in marijuana seized after the drugs had been hidden in a truck carrying sand to Tobago, police said.

According to a statement issued by the Trinidad and Tobago Police Service (TTPS), officers of the Port Authority Task Force, acting on information, had cause to stop and search a dumper truck carrying a quantity of sand around 1:15 pm, on November 29, 2019.

The vehicle was about to board the Cabo Star cargo vessel to Tobago.

The TTPS said during the anti-crime exercise, officers found two black bales and one multi-coloured bag all containing 59 packets of marijuana in the truck.

The total weight of the drug was 30.71 kilogrammes of marijuana worth about TT$7.2 million, police said.

Two men who were in the vehicle at the time of the search; a 34-year-old and a 28-year-old, both of Tobago, were arrested in connection with the finds and taken to Central Police Station for questioning.

Two charged for marijuana trafficking in Operation Strike Back