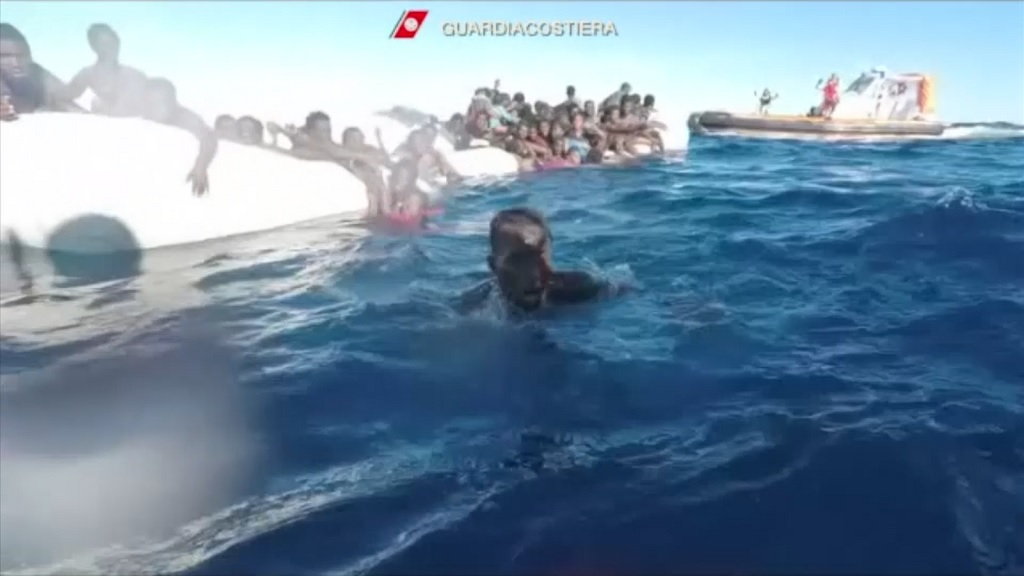 At least eight migrants died and 86 others were rescued on Saturday after a smugglers' rubber dinghy started sinking in the Mediterranean Sea off the coast of Libya, the Italian Coast Guard said.

Dramatic footage released by the Italian coast guard showed migrants clinging onto their sinking rubber dinghy, and a rescuer swimming over to them and then helping them onto the coast guard boat.

A search was ongoing to find any more possible survivors.

An aid group not involved in the rescue said dozens of migrants could still be missing.

The coast guard said there was no confirmation of Libyan authorities' statement that at least 25 migrants had died.

The Italian coast guard, which coordinates rescues in international waters off Libya's coast, said an aircraft on patrol for a European anti-smuggling operation had spotted the dinghy, which was in difficulty on Saturday morning.

Italian navy and coast guard vessels were involved in the rescue.