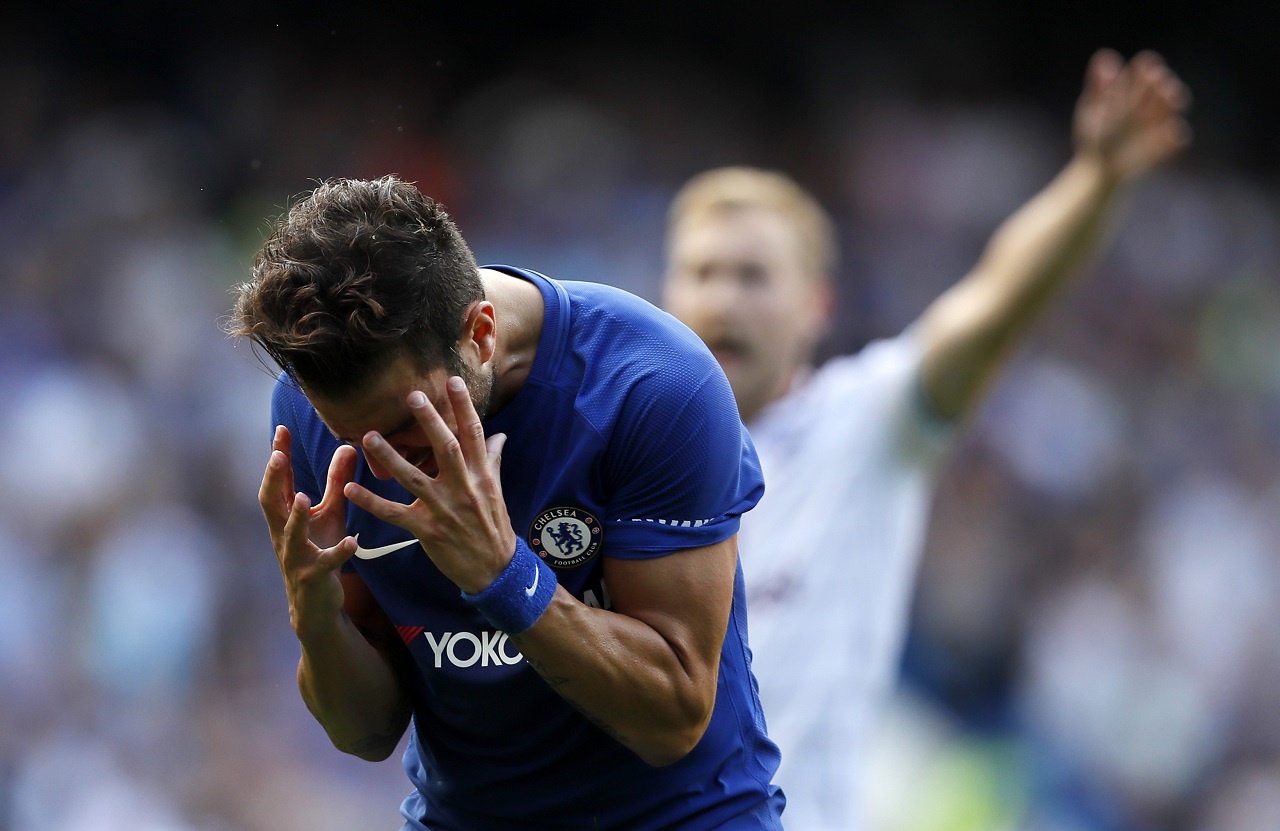 Chelsea's Cesc Fabregas reacts after getting a red card during the English Premier Leaguefootball match against Burnley at Stamford Bridge stadium in London, Saturday, Aug. 12, 2017.

Chelsea had two players sent off and lost to Burnley 3-2 in the first match of their English Premier League title defense on Saturday, intensifying the concerns surrounding the champions after their frustrating offseason in the transfer market.

Captain Gary Cahill was shown a straight red card for a studs-first lunge in the 13th minute, then the champions conceded three goals in a 20-minute period before halftime.

Striker Sam Vokes scored two of them by converting crosses, sandwiching a stunning volley by left back Stephen Ward.

Chelsea improved after halftime. Alvaro Morata, on as a second-half substitute, reduced the deficit in his first league start since a club-record move from Real Madrid for 58 million pounds ($75 million).

Any hopes of an unlikely comeback looked to have disappeared when midfielder Cesc Fabregas was red-carded in the 81st after receiving his second booking. However, David Luiz ensured a tense finish when he volleyed home in the 88th after being teed up by the influential Morata.

The result will not improve the mood of Chelsea manager Antonio Conte, who hasn't hidden his frustration at failing to significantly bolster his squad in the offseason. With Eden Hazard, Tiemoue Bakayoko and Pedro Rodriguez injured and Victor Moses suspended, Chelsea had a threadbare match-day 18.

Jeremie Boga, a 20-year-old French forward, was even given a debut. It lasted only 18 minutes, when he was sacrificed as Conte reorganized following Cahill's sending off.

Chelsea, which won 17 of its 19 home games last season, became the second straight team to begin its league title defense with a loss, after Leicester last season.

Fabregas and Cahill will be suspended for Chelsea's tough second match of the season, away to Tottenham at Wembley Stadium next weekend.

Burnley was expected to struggle this season after losing arguably its best two players in the offseason, defender Michael Keane and striker Andre Gray.

"A lot was made of our away form last season," Vokes said. "So that result is huge."