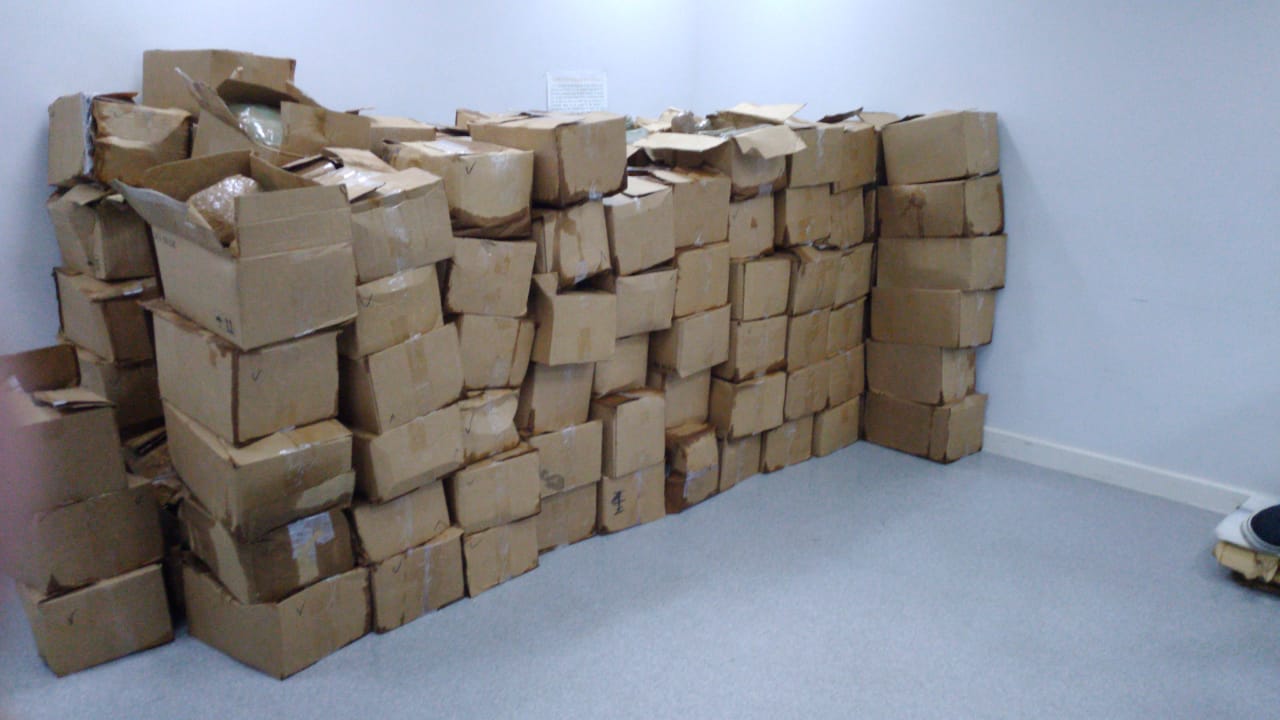 Drugs seized by police in Charlieville

All eight people who were held on Wednesday during a police operation in Central Trinidad which led to the seizure of over $94 million in drugs, remain in police custody.

The group, which consists of people between the aged of 18 and 56, are said to be aiding police with their inquiries, which involves international links.

This is because the shipment is believed to have connections to a major transnational organized drug syndicate with links in the United States, United Kingdom, Canada and Jamaica.

According to reports, at 10.30 am on Wednesday, officers of the Central Intelligence Bureau, the Northern Division Gang Unit, the Inter Agency Task Force (IATF), with support from officers of the Customs and Excise Department and Port Security, intercepted a container at Kolahal Road, Charlieville, Chaguanas.

The container reportedly left the Port of Port of Spain Port on the same day.

Officers searched the container and found 958 boxes packed with a compressed plant like material resembling marijuana.

DCP (Ag) Investigations and Intelligence, Mc Donald Jacob credited the success of the operation to cooperation among internal and external law enforcement agencies. Cpl Stephenson of the Northern Division is continuing investigations.