The news was announced after an American Airlines flight scheduled to arrive in Piarco International Airport at 9:35 pm on Wednesday was cancelled after the US Federal Aviation Administration (FAA) issued an emergency order to ground Boeing’s 737 Max 8 and Max 9 planes.

FlightStats.com showed a scheduled American Airlines flight, a Boeing 737 Max 8 plane, bound for Trinidad, had been cancelled. However, subsequent flights on March 15 and 16 were shown to be unaffected. 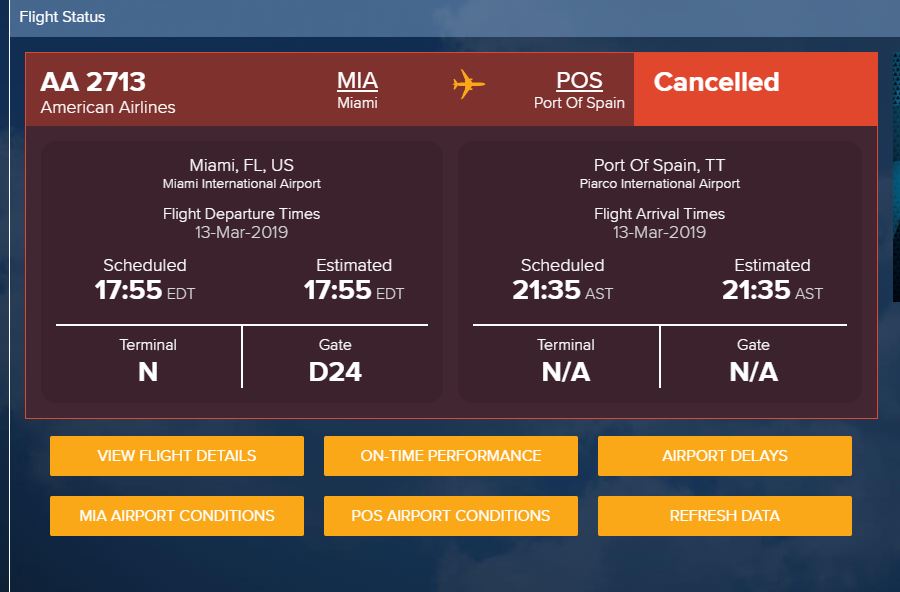 American Airlines, which has 24 Max 8 planes in its fleet, said it is working to rebook customers following news of the ban.

The ban by several countries comes after an Ethiopian Airlines plane crash which resulted in the death of all 157 people on board. The Boeing 737 Max 8 plane was also involved in a fatal Lion Air flight in which 189 passengers were killed. An investigation has been launched into the accidents.

On Tuesday Finance Minister Colm Imbert confirmed that Caribbean Airlines Ltd was in the process of ordering 12 Boeing 747 Max 8 aircraft, the first of which was due to arrive in December 2019.

He said in a subsequent Tweet that government takes air safety ‘very seriously’, and said people were panicking about aircraft that were not due to arrive until December 2019.

He added that there was enough time for alternative arrangements if the planes were proven to be unsafe.

Opposition has called for the order to be cancelled pending the result of the investigation.

Director of the Trinidad and Tobago Civil Aviation Authority (CAA), Ramesh Lutchmedial, said in a CNC3 interview on Wednesday morning that the decision to ban the planes would come following the results of the investigation. He said that the Boeing 737 model is one of the ‘safest’ aircraft.

Meanwhile, Works and Transport Minister Rohan Sinanan said in response to an urgent question in Parliament on Tuesday that the CAA had no intention of banning the Max 8 aircraft ‘just yet’.

“The CAA notes from the media report that the accident is being investigated by the relevant authorities. Consequently the CAA cannot be engaged in speculation…and will take action once it has reason to believe that the safety of flights is compromised,” he said.

The Ministry of Works and Transport issued a statement on Wednesday saying it continues to be guided by the CAA, adding that CAL is currently not flying any Boeing 737 Max 8 aircraft.

“It is important to note that the Federal Aviation Administration (FAA) of the United States signalled their confidence in the safety of the Boeing 737 MAX jetliner. The FAA issued a global notice of “continued airworthiness” conveying that, there isn’t conclusive evidence so far to link the loss of the Ethiopian Airlines 737 MAX 8 on Sunday to the fatal Lion Air disaster involving the same jet model in October 2018.

“The Ministry encourages the public to be guided by facts and not irresponsible, emotional rhetoric and wishes to emphasize that the safety of all citizens and commuters to Trinidad and Tobago will remain a top priority in the procurement of air vessels.” 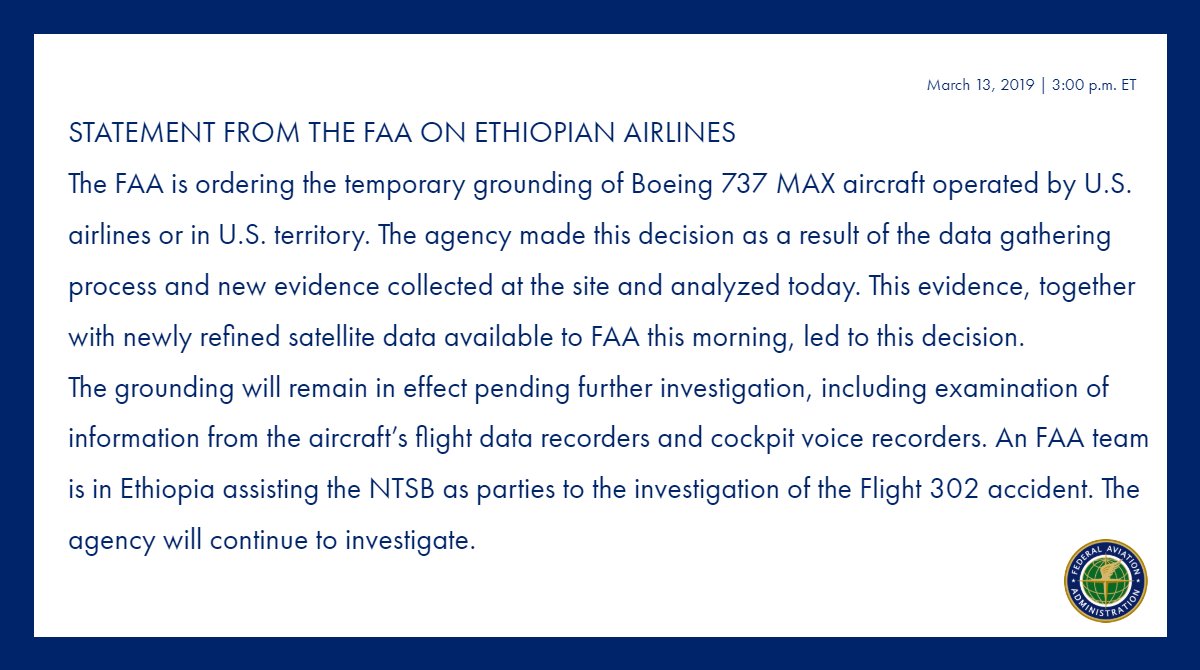 Imbert said in a subsequent Tweet that this does not affect the operation of CALs Boeing 737-800s, which will remain in operation.

Editor's note: The story has been updated to add that the CAA has since banned the Boeing 737 Max 8 and Max 9 aircraft from Trinidad and Tobago airspace.