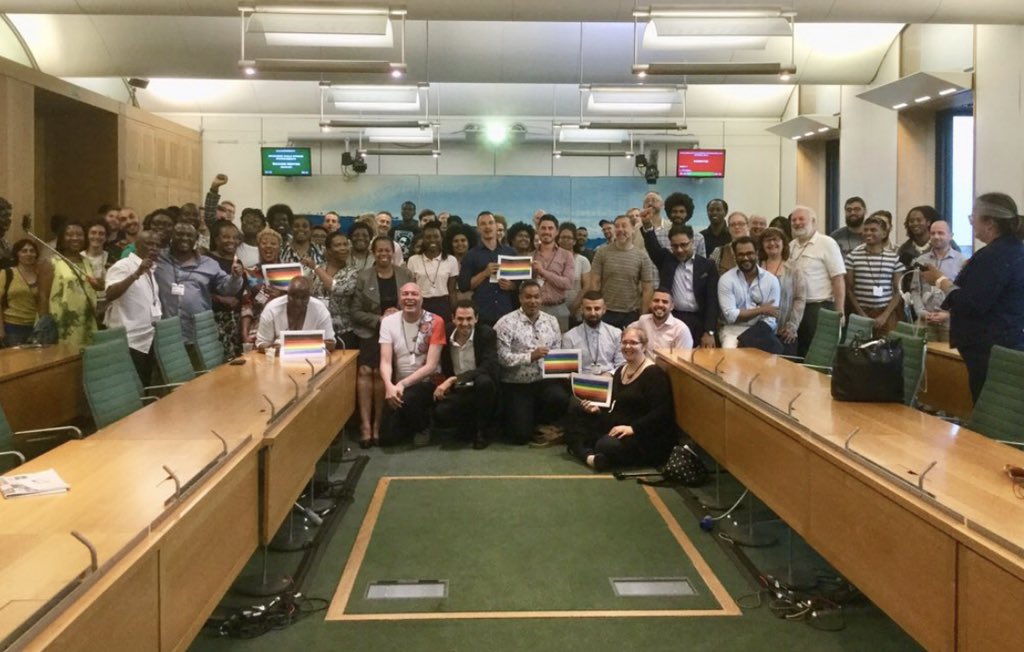 Photo: British MP Diane Abbott, human rights activist Jason Jones,and other speakers pose for a photo at an event held at the British Parliament on July 22, 2019, discussing the UK's role in establishing Commonwealth laws against same-sex acts and solutions to this issue. Photo via Jason Jones.

Human rights activist Jason Jones once again made history after speaking on LGBT+ issues at the British Parliament in Westminster on Monday in an event hosted by British MP Diane Abbott.

Jones, who was a long-time friend of playwright, producer and actor Raymond Choo Kong, dedicated his speech to the cultural icon, who was brutally killed at his Arima home on July 15, 2019.

Choo Kong will be noted in the Parliamentary record, Jones said.

The event was held to address the historical impact of Britain in establishing anti-LGBT+ colonial laws in Commonwealth countries, and the assistance needed in dismantling them. 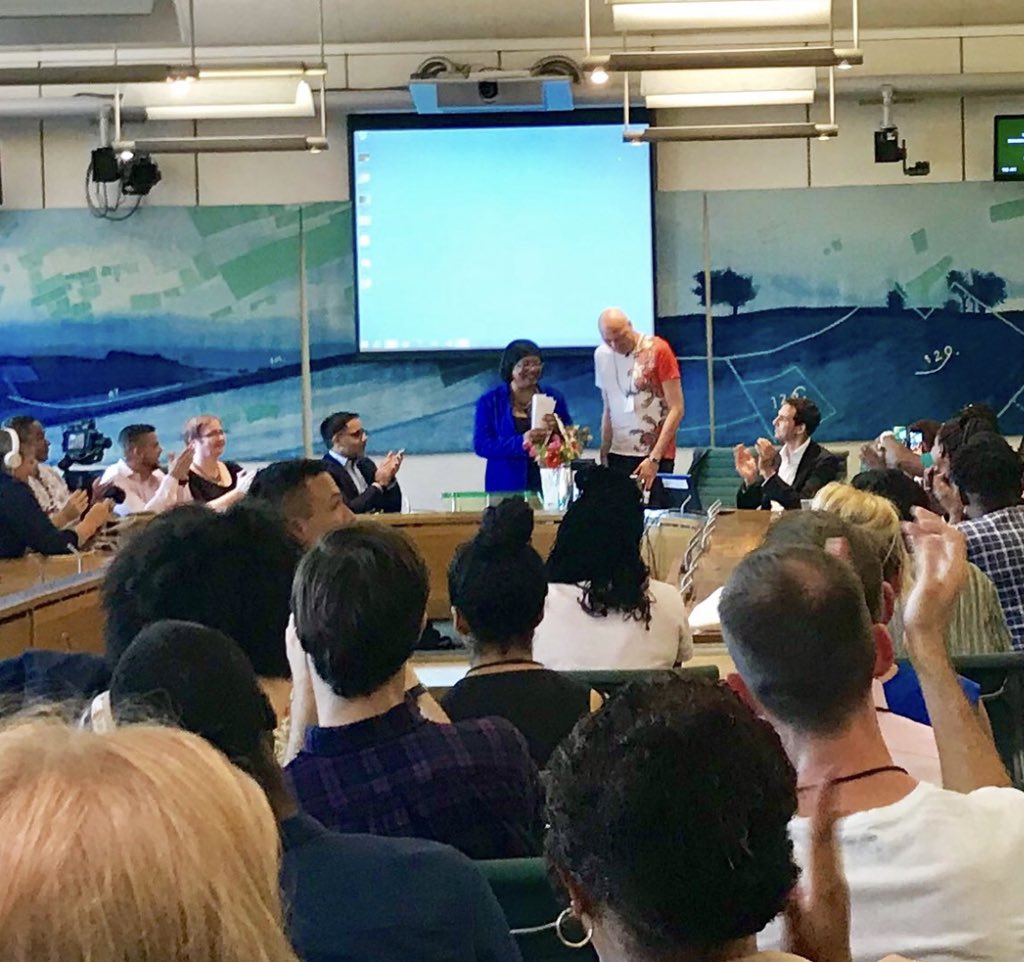 Jones made history in Trinidad and Tobago after his case calling for the decriminalisation of the country's same-sex laws was upheld in the High Court on April 12, 2018.

Speaking to LoopTT, he said Monday’s event was so momentous that the event was oversubscribed and had to be moved to a larger room.

“I think it really touched a nerve, I think that a lot of people have been looking on at what I’ve been doing and this is the first time they got a chance to hear me speak, and this was the first time many people got to see inside the Parliament. It was a huge event.”

Jones said since his matter began, he has worked alone, with the exception of his attorneys, and this event shows that progress is being made in addressing these issues.

Jones’ attorney, Peter Laverick, also spoke at the event, detailing the history of British legislation which criminalised same-sex acts and how this affected Commonwealth States.

“There are two things we have to address; firstly the homophobia spread across the world by Britain to leverage power away from the Catholic Church, and more importantly the fact that many Commonwealth countries still have these laws,” he said.

British MP Diane Abbott spoke at the event, calling for the UK’s assistance in addressing these matters and helping Commonwealth countries remove these inhumane laws.

Jones' case was also influential in other Commonwealth cases – the case was mentioned in India’s Supreme Court, which later ruled to decriminalise same-sex acts.

Jones also made mention of young LGBT+ activist Liam Rezende, who he invited to speak at the event.

Rezende was born in Trinidad and Tobago but moved to the UK in his 20s, and has been actively pushing for equal rights for the LGBT+ community. 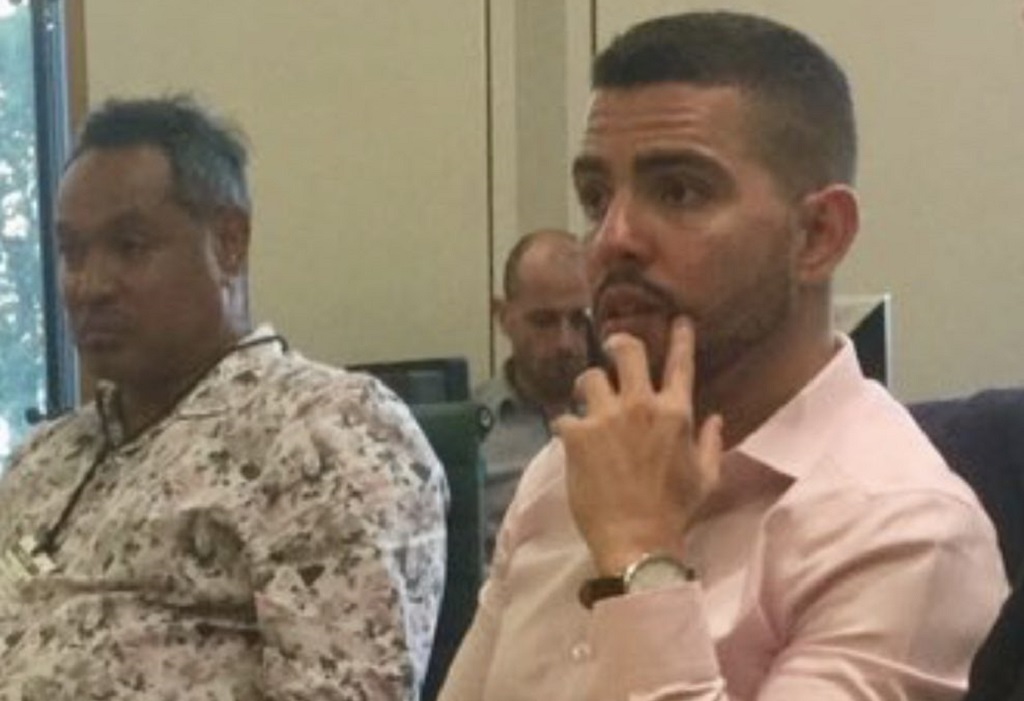 Jones said his account moved many people at the event.

“He gave one of the most moving speeches ever. He spoke about the family wanting him to leave for his safety, it was very emotional.”

“As an elder of the LGBTQ+ community, it is my honour and duty to lift up and amplify others’ voices and nurture young up and coming advocates like Liam. He gave a stirring, emotionally charged speech,” Jones said.

The event was also recorded on video and will be part of a documentary being produced which will be released next year.

It is hoped that the matter, if upheld, sets a precedent for decriminalisation across other Commonwealth States. 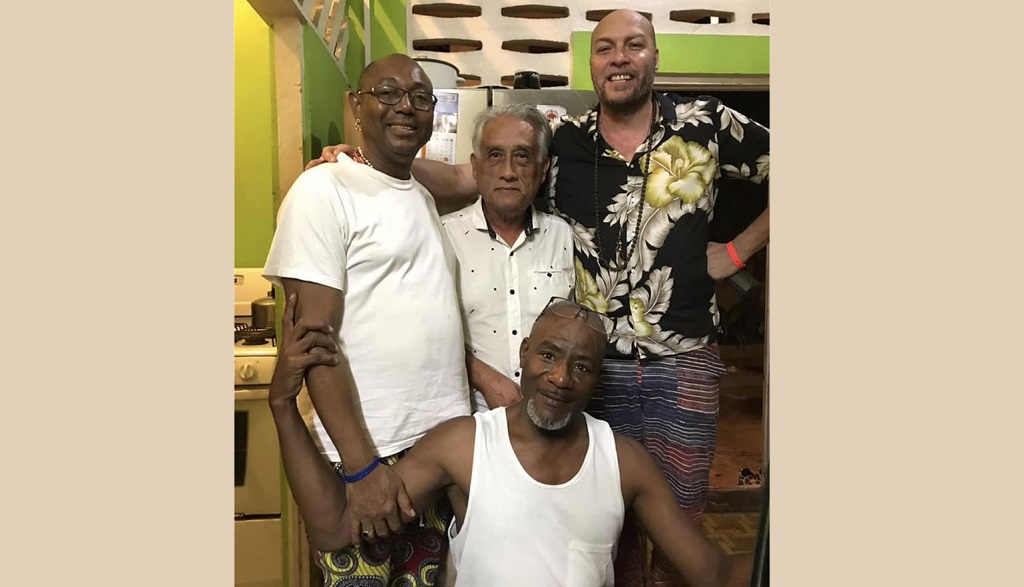 And as for Choo Kong, Jones said he knows that his friend is looking on with approval.

“He would be so proud of what I achieved,” he said.